As the colonialist state Israel inflicts continued violence and oppression on the Palestinian people, we outline how to discuss the crisis, show solidarity, and why the language you use is so important 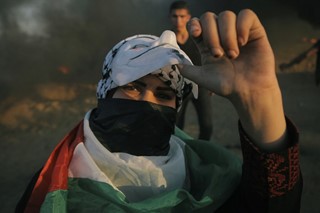 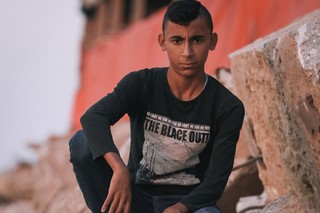 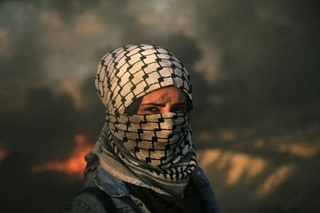 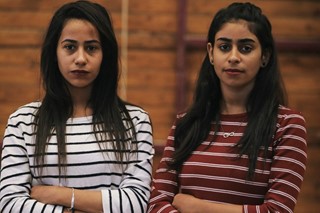 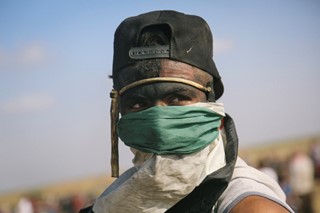 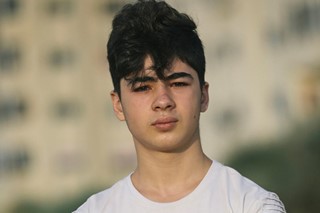 Over the last month, Israel has inflicted its worst violence in years on Palestine, killing at least 119 Palestinians, including 31 children, and injuring hundreds more. Hostilities flared at the end of April following unnecessarily strict restrictions on gatherings during Ramadan, and after far-right Israeli’s marched through the Old City chanting “death to Arabs”. Tensions were further fuelled after Israeli authorities attempted to forcibly dispossess dozens of Palestinian families from their homes in the east Jerusalem neighbourhood of Sheikh Jarrah, and give them to Israeli settler colonisers.

Although there has never been peace in Palestine – due to Israeli occupation and persistent ethnic cleansing – the recent flare up of violence and galling human rights abuses against the Palestinian people has attracted mass attention, with many beginning to question how we should talk about the crisis – both in everyday conversation and the media.

Here, drawing from interviews, information, and social media posts by Palestinians and human rights organisations, Dazed explains why the language you use is important, and outlines how to talk about the 70-year genocide of Palestinians.

Although the colonisation of Palestine seems black and white (and it is), many people will preface conversations about the crisis with a nod to how “complicated” of an issue it is. However, despite never seeming to offer an answer as to what exactly makes it “complicated”, they often succeed in shutting down conversations about it – particularly among those who are still educating themselves and learning how to talk about it.

In an article addressing this, Decolonize Palestine summaries that “appeals to complexity have been historically employed in an attempt to defend the indefensible”. It continues: “This arcanization serves to make Palestine exceptional, meaning that our normal judgement or morality goes out of the window; they do not apply here due to these special circumstances. Normally, it would be difficult to argue against the right of refugees to return to their homes, but in the case of Palestine, these are special refugees created under special circumstances.”

The piece references a succinct quote by Israeli historian Ilan Pappé, which reads: “The last paradox is that the tale of Palestine from the beginning until today is a simple story of colonialism and dispossession, yet the world treats it as a multifaceted and complex story – hard to understand and even harder to solve… Israel succeeded, with the help of its allies everywhere, in building a multilayered explanation that is so complex that only Israel can understand it. Any interference from the outside world is immediately castigated as naïve at best or antisemitic at worst.”

The language used to describe any event is vital in shaping how people perceive it (see: protest vs. riot). In this case, most media publications refer to what’s happening between Israel and Palestine as a “conflict” – a word defined by the Oxford Dictionary as “a serious disagreement or argument”. As pointed out by non-profit The Slow Factory, “a conflict means there is equal footing, which is not the case” in Palestine. “What is happening is settler colonisation, military occupation, land theft, and ethnic cleansing,” the group explained. “There is an active oppressor (Israel) and an oppressed (Palestine). A coloniser (Israel) and a colonised (Palestine).”

Framing the crisis as a “conflict” suggests that there are two sides to the violence, placing blame on Palestinians when they resist Israeli rule. In an article for Tribune, journalist Asia Khatun writes: “These language choices, be they irresponsible or just ignorant, reinforce the notion that this is a conflict in which both sides have the means to be equally as violent towards the other. But the fact of the matter is that Israel is one of the most militarised occupying nations in the world, backed with billions of dollars and weapons from the USA. The power dynamic that Western society at large believes to be in existence simply does not exist.”

Palestinian writer Mohammed El-Kurd –whose family faces displacement – eloquently combatted “biased, inaccurate framing” in a recent interview with CNN. Immediately correcting the interviewer on her misleading language, El-Kurd said: “To start, it’s not really an eviction, it’s forced ethnic displacement. Because an eviction implies legal authority, while the Israeli occupation has no legitimate jurisdiction over the eastern parts of occupied Jerusalem under international law. It also implies the presence of a landlord, and certainly these Israeli settlers have not built our homes, they’re not our landlords, they don’t want our land. Thirdly, eviction does not imply the hundreds of heavily-armed police, army, and settlers colluding… and assaulting and arresting you if you resist.”

Another illuminating moment comes at the end of that interview, when El-Kurd rebutts the question of whether he supports “the violent protests that have erupted in solidarity” with Palestinians. He responds: “Do you support the violent dispossession of me and my family?”

HOW TO DISCUSS ZIONISM

The way we talk about Zionism in the context of Israel and Palestine can also be contentious, partly because the term itself means different things to different people. “Yes, the base level definition of Zionism is just Jewish self-determination in our homeland, which is fine in itself,” says TikToker Natalya (@hebrew_school_dropout), in a fluent explainer on the topic. “But the only way that Zionism has ever been applied on a large scale is political Zionism in Israel. When that scale is brutalising, oppressing, killing, and displacing people, we need to be OK with those people being against Zionism. It’s not our place to say they shouldn’t be.”

“Zionism has a very different meaning and very different implications for Jews and Palestinians respectively,” she adds in a subsequent video, noting that Jews can detach the term from its colonial meaning because they’re taught that it predates the foundation of the state of Israel. “Palestinians cannot because the practice of political Zionism, and the practice of Zionism that they know, is only what the state of Israel has done to them.”

This double meaning also makes the term “anti-Zionist” particularly controversial, notes gal-dem’s Diyora Shadijanova: “For many Jewish people, it’s the denial of self-determination, whereas for Palestinians, it’s a resistance to oppressive Israeli occupation which ‘Zionism’ is used to justify.”

“Whether you like it or not, Zionism has become pretty inherently connected to the political implementation of it,” concludes Natalya, suggesting the topic requires a nuanced approach. “We can’t be using the first ever, basic definition of Zionism as some kind of ‘gotcha’ when people are pointing out the issues behind Zionism and why the state of Israel is bad.”

found this video on Zionism and how we talk about Zionism in the context of Israel and Palestine really nuanced and explanatory pic.twitter.com/2Sngpg9Xxv

HOW TO AVOID ISLAMOPHOBIA AND ANTISEMITISM

As youth education programme Solutions Not Sides says in a recent blog post: “Talking about what’s happening in Israel and Palestine is vital… but we have to do it without falling back on antisemitic and anti-Muslim tropes and speech.” The organisation outlines a list of things to be aware of before talking or writing about the crisis. These include: be clear when using labels, don’t hold whole religious groups responsible for the decision of political leaders, don’t demand that Jews or Muslims take a certain position on the issue, and don’t assume that all Israelis or Palestinians support their governments.

HOW TO AMPLIFY PALESTINIAN VOICES

Over the many decades that Palestinians have been locked in cycles of violence and ongoing occupation, their voices have been disproportionately silenced across all forms of media. In 1984, the Palestinian American intellectual – and Orientalism author – Edward Said noted this absence, saying that Palestinians are denied “permission to narrate” their own experience.

Last year, Maha Nassar, a Palestinian American Associate Professor at the University of Arizona, conducted a study based on opinion articles in established publications over a 50-year period, beginning in 1970. Similarly, she found that Palestinians were often talked about – “often in condescending and even racist ways” – but that their voices weren’t often represented.

Even now, when social media has supposedly democratised global discourse, Palestinians are facing censorship at the hands of tech companies, says a recent Al Jazeera report. In the last few months alone, Zoom, Facebook, and YouTube have reportedly blocked an academic event featuring anti-apartheid activists, while Facebook has been called out for removing Palestinian posts and pages.

Nevertheless, there are several young Palestinian voices to follow for coverage – and raw, disturbing footage – of what’s happening on the ground in Palestine, including London-based writer Ziad Qattan, and Gaza born and raised writer and Cambridge University student Tala Shurrab. Previously mentioned Mohammed El-Kurd is also actively working to break down mainstream Western coverage of Israel and Palestine. El-Kurd recently went viral for his direct and astute interviews from the ground in Palestine with US broadcasters CNN and NBC. Palestine Deep Dive also offers a fresh spotlight on the urgent journalism covering Palestine right now.

An emergency DeepDive hearing from young Palestinians on the frontline of Israel's brutal assaults across Palestine – from Jerusalem to Gaza.@MarkSeddon1962 is joined by @m7mdkurd, @Amanykhalefa & @Issam_Adwan
live 11am ET // 4pm UKhttps://t.co/y3C34NAPmb

WHAT YOU CAN DO TO HELP

The Boycott, Divestment, Sanctions (BDS) movement is devoted to ending international support for Israel’s oppression of Palestinians, and pressuring Israel to comply with national law. On its website, the BDS National Committee (BNC) outlines five actions you can take to challenge the complicity of global governments and corporations, including boycotts, community mobilisation, and joining a solidarity group.

The grassroots activist group Sisters Uncut has also announced a solidarity protest in London this Saturday (May 15) at 12PM, which will see demonstrators march from the Colombian Embassy to the Israeli Embassy. If you’re not in London, a list of more than 100 rallies held in cities across the world can be found here.

Donations, meanwhile, can help provide medical aid, food and clean water, and shelter for Palestinians when they need it most, as well as education for hundreds of thousands of refugee students. Funds can be donated via Medical Aid for Palestinians, Palestine Children’s Relief Fund, Muslim Aid, UNRWA’s Gaza Crisis Appeal, Islamic Relief, Human Appeal, and Muslim Relief’s Palestine Appeal.

If you can’t afford to make a donation or attend a demonstration in person, you can also write to your MP to call for political action. The #SaveSheikhJarrah campaign, for example, calls for action against the forcible eviction of Palestinian families that have been living in east Jerusalem for generations.