Three members of the Gypsy, Roma and Traveller community explain the shocking reality of everyday racism – from Jimmy Carr’s joke to the Tory policing bill

Comedian Jimmy Carr faced a backlash last week when footage went viral of him joking that “nobody talks about the positives” of the Holocaust, in reference to the genocide of hundreds of thousands of people from the Roma, Sinti and Traveller communities. Carr followed up this joke, taken from his 2021 Netflix show His Dark Material, by complaining on stage about having been “cancelled”. No apology has been forthcoming.

While Carr was able to count on messages of solidarity from a number of celebrity friends, the reaction from the Gypsy, Roma and Traveller (GRT) community has been almost universally condemnatory – and rightly so. GRT people face not only high levels of prejudice and discrimination, but an increasingly hostile legal environment. The Conservative party’s Police, Crime, Sentencing and Courts (PSCS) Bill, which is currently working its way through the House of Lords, effectively criminalises their traditional way of life, introducing fines and prison sentences for unauthorised encampments, along with the confiscation of people’s vehicles and homes. While other amendments to the bill are being considered, the section which pertains to the GRT community has effectively already passed. 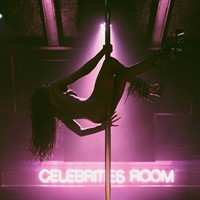 To make matters worse, a combination of hostile councils and rampant property development has meant that there is a staggering shortage of authorised sites for GRT communities: According to a 2021 report by NGO Friends, Families and Travellers, there are only 59 available permanent pitches, 42 available transit pitches, and over 1696 families on waiting lists.  A whole way of life is being eroded, and with the introduction of the PCSC Bill, this situation is set to get even worse. This is the context in which Jimmy Carr jokes that the genocide of GRT people is a good thing and people in his audience clap and cheer.

Dazed spoke to three GRT people to discuss the racist attitudes which Carr’s joke embodies, the challenges they’re currently facing, the issues which they’d rather people were talking about instead, and what can be done to show support.

Nicole, activist and campaigner who has written for Mind

“You only need to look at any newspaper to see how negatively Gypsies and Travellers are portrayed in this country. It’s so normalised. People know they can get away with making jokes, and that everyone will laugh and agree with them. Jimmy Carr wasn’t holding ‘up a mirror to society’ – pretty much every Gypsy has called it offensive, racist and unacceptable.

“I’d prefer to talk more about the PCSC bill, which is seeking to make it essentially illegal to be a nomadic person. It’s a form of ethnic cleansing or cultural genocide, but people don’t like those terms because they think they’re too harsh. But genocide doesn’t happen in a vacuum, there’s a path to it – and this type of legislation that outlaws people's existence is one of those steps. Part of the reason things are so bad at the moment is that there aren't enough sites or pitches across the UK, and there is no longer an onus on any council to make adequate provision. This is how you end up with ‘illegal’ camps.

“Genocide doesn’t happen in a vacuum, there’s a path to it – and this type of legislation that outlaws people's existence is one of those steps”

“The harsh reality is that there’s a huge waiting list for any legal pitches and sites, which means thousands of families are going to get broken up. The government is criminalising nomadic Gypsies and Travellers for existing, which is itself racist and a form of forced assimilation. We are a protected minority: the human rights groups and courts say that we have a right to our traditional cultural values, which includes being nomadic. But even though this is technically protected, the Tories are still able to pass legislation that makes it illegal.

“We need people to continue speaking out. We need people to physically get involved with stopping evictions. The outpouring of support we’ve had over this joke has been really positive, but I haven’t seen that energy going towards the PCSC Bill. Groups like Kill the Bill and Sisters Uncut have been absolutely amazing, but the general public hasn’t been all that interested. If you do want to help, call out racism when you see it – don’t wait for us to do it.”

Luke Smith, an activist and campaigner who has written for Tribune and Open Democracy

“The joke is hurtful, but compared to the stuff that we have had to deal with before – documentaries like The Truth About Traveller Crime or My Big Fat Gypsy Wedding – it’s nothing. If someone makes a joke like that, and people start laughing, whooping and clapping, I think the only reason they find it funny is because it’s based on truth: this is how people really feel about us, they just don't want to say it out loud. Jimmy Carr is the person who had the balls to say it, but the majority of our country really does think this way. This is why the Conservatives put the PCSC bill in their manifesto: nothing wins votes more than potholes and travellers. At the end of the day, the government’s bill is encouraging far more hatred than Jimmy Carr could ever do. The really important thing is making sure that the PCSC bill becomes unworkable.

“This is how people really feel about us, they just don’t want to say it out loud”

“In terms of the harms this bill causes, it basically just makes everything worse. We already have some of the lowest educational attainment, higher rates of homelessness, and worse health care outcomes. We die, on average, ten to 12 years younger than the rest of the population. That sets the scene for how bad things already are for GRT communities. But this will criminalise trespass – before, it was a civil matter, so you’d stay at a site and then people would have to go get a court injunction to evict you, so you could stay for a couple of weeks and then move on. With this new bill, it’s now a criminal offence: they’re issuing massive fines up to £2,000, and the police can confiscate vehicles and people’s homes – and these people are some of the poorest people in the country, by the way. There’s also the prospect of three-month prison sentences. If you imprison the parents of a child for that amount of time, what happens to the child? We already have a massive problem with social services taking children away from their families and putting them with non-GRT families. This is going to make that worse.”

“I wasn’t so much angry at the joke, I was angrier at the whooping and whistling. People cheered it! People champion anti-Gypsy racism here; discrimination against GRT communities is something that people actually support. It’s why the policing bill went through. It’s why the Tory manifesto promise to wipe out our culture won by a landslide. We have a Tory MP defecting to Labour, and being welcomed with open arms, who only back in May was standing up in Parliament attacking traveller communities. With the new bill, the police will be able to just walk into a camp, seize all your property – including your trailer, which is your home – and lock you up for three months just for trespassing. So what happens to your kids? And how are you going to get your kids back when you’ve got no home? It’s just racist.

“We’re a free-for-all – not just jokes, but vicious stories on the front stories of newspapers. And people still want to kick us?”

“Travelling around is not a crime thing. It’s not some fucking magical thing. It’s social. When I was really young, there were hundreds of permanent Gypsy camps up and down the country. During the summertime, we’d move from place to place visiting friends and family. It’s part of who we are. But now there’s less than a quarter of these sites left. We don’t have anywhere to go. And every time we try and get somewhere to stay, the moment people realise who we are, we’re booted out again. The thing that got to me about this Jimmy Carr controversy is that we already know that nothing will come of it. That’s the sad thing. Netflix will be delighted about an increase in viewing figures and that’s it. [I feel like] we’re a dead race: we’ve been bred out over the years and shunted from council to council, our homes stolen from us. We’re a free-for-all – not just jokes, but vicious stories on the front stories of newspapers. And people still want to kick us?”