South Korea is investigating the case of Jeon Hye-sung, who disappeared back in April and turned up in an odd propaganda segment on North Korean TV

“I viciously slandered and spoke ill of the DPRK as I was told to,” Jeon Hye-sung says to a camera. “I went to the South, led by fantasy that I could eat well and make a lot of money. Now I’m in the motherland, staying with my parents in Anju, South Pyongan province.”

Jeon, in her mid-twenties, defected from North Korea in 2014, and has had spots on popular South Korean TV programmes under the name Lim Ji-hyun. The TV personality disappeared suddenly in April of this year, but has now turned up in an odd propaganda video, featured on the state controlled channel Uriminzokkiri.

The Seoul Metropolitan Police Agency has confirmed that they are investigating whether she was abducted and forcibly brought back to the DPRK, or whether she went voluntarily, reports the Guardian. It’s known that she left South Korea for China on business and never returned – UPI reports that Jeon left all of her assets and property behind, leading investigators to believe she has been kidnapped. Shortly before her trip to China, her fans had thrown her a birthday party. Overall, the video seems heavily scripted and unlike her, given her previous condemnations of the North.

Cheong Yang-seog, a conservative politician from the Bareun Party, said Jeon may have been the “target of a North Korea abduction”.

“Experts familiar with North Korea are cautiously suggesting Jeon Hye-sung was the target of a North Korea abduction,” Cheong said. “If it was a ‘voluntary abduction’ one would normally take care of her assets and property, but (Jeon) left them behind.”

Kim Jong-un’s regime has been tough on defectors – it’s thought that the DPRK may have taken particular notice to Jeon, who had featured in several TV shows, discussing North Korean culture and condemning the government. She’s probably known best for her spot on reality show Moranbong Club, where North Koreans eat and drink and discuss culture. 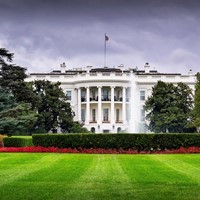 A portal to hell has opened up at the White House

In the new video from North Korea, Jeon says she was made to take part in the shows and given money to make DPRK look bad. CNN approached TV Chosun, the production company that worked with Jeon, where claims she was forced to be on the show were denied.

According to YTN, 25 defectors have returned since 2015, with five defecting for a second time.

Lee So Yul, another defector and TV celebrity, has taken to YouTube to address Jeon's disappearance. She said in the video broadcast, she looks like she is begging to stay alive”. adding that “she has no choice in order to survive.”

Robert Kelly, an associate professor of international relations at Pusan National University in South Korea, told the Guardian: “I’ve heard rumours that they tracked down and threatened her family. As I understand it, that is a big reason why defectors shun publicity if they make it to the South, or even return to the North.”

Attempting to defect can be treacherous – dozens who have succeeded have given accounts of evading heavy police presence, and working with gangs to get passage to China. Once out, there’s a vigorous screening process by South Korean authorities to determine they aren’t spies. Re-education programs are also given to defectors from what’s called ‘the Hermit Kingdom’, meant to help them integrate. Many have struggled to adapt to the very different lifestyle and society – a 2015 study by the Hana Foundation found more than 20 percent of defectors had suicidal thoughts.

Casey Lartigue, international director of Seoul-based Teach North Korean Refugees, told CNN that many leave because the social changes are too much, or they miss loved ones, while others are sometimes blackmailed. Defectors who return are meant to prized by the government, as they’re then used for propaganda.

International eyes are on the DPRK right now following a report that details horrific human rights breaches, with news of public executions and mass killing and burial sites.