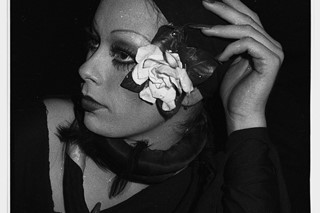 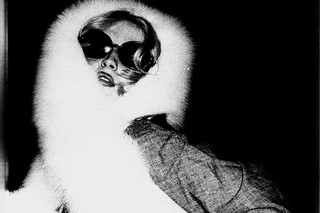 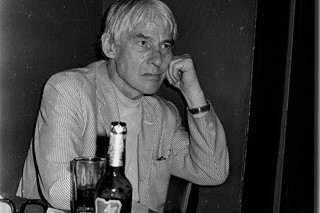 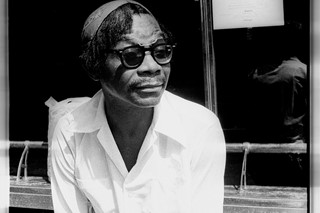 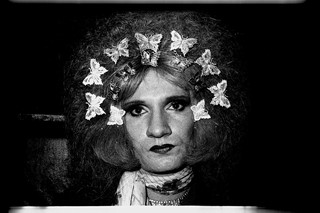 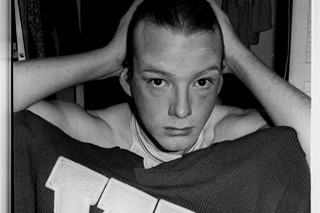 For a decade Max’s Kansas City ruled New York, becoming the premier spot to eat, drink, dance, party, and frolic. Proprietor Mickey Ruskin opened the nightclub and restaurant in 1965, drawing top talents like Allen Ginsberg. William S. Burroughs, and Robert Rauschenberg. But when Andy Warhol and his entourage started hanging out in the back room, Max’s quickly became the place to be. Soon David Bowie, Iggy Pop, and Lou Reed were regulars, along with Warhol’s latest superstars like Candy Darling, Jackie Curtis, and Holly Woodlawn.

In 1970, Croatian émigré, Anton Perich arrived a Max’s, by way of Paris. An activist in the Lettrism group during the 68 Revolution, Perich was an avant-garde filmmaker. He made friends with some busboys on staff, and they said it was the best job in America. In 1972, he joined the staff, which included busboy Carlos Falchi, manager Eric Emerson, and waitress Debbie Harry, whose presence eluded him.

For the next two years, Perich would fill in when someone called out. As he remembers, the best time to work was late at night, when the famous and the infamous alike could come and let down their hair. No one batted an eye when Perich pulled out his camera for a photo. As you can see from the photos here, they were more than happy to oblige – or sometimes, not even aware. He was soon contributing his candid snaps to Interview before going on to launch NIGHT in 1978, his very own publication.

Below, Perich speaks about those heady years, when it was impossible to tell the nights from the days.

“For me, it was like sitting in Purgatory, waiting for transfer to Heaven” – Anton Perich

Tell us about Max’s Kansas City: What was the atmosphere like?

Anton Perich: At Max’s you were welcome, once inside, it was the most welcoming atmosphere. Candy Darling, Holly Woodlawn, and Jackie Curtis would talk with you. They were all wonderful, self-constructed women, so comfortable under their new skin.

Everything was weaponised at the Back Room, beauty, punk talent and attitude. The Glamour Rock. The New York Dolls weaponised the lipstick at Max’s. They would detach and sit at every table, as if suddenly multiplied. They wore every colour in the rainbow. It was kaleidoscopic. Mesmerising. Suddenly the music was colourised. But there was Patti Smith, Lenny Kaye and Richard Sohl in the deepest shades of black.

There were three epicenters at Max’s: Bar, Back Room and Upstairs. Each zone had prominent art. You didn’t have to go to MoMA to see contemporary American art. Mickey was the top curator of that time. Bar had a hovering sculpture by Forest Myers. The window was by Michael Heiser. At the Long Wall was Donald Judd. The Passage way had a crashed car by John Chamberlain; it had sharp ends, so all waitresses had bruises. The Back Room had the legendary bloody neon cross by Dan Flavin as well as Myer’s Laser’s End – probably the most immaterial sculpture ever made. Upstairs had some Warhols. My photograph hung over the cashier by the entrance. I was elated to be in such a company. Those are the real secrets of Max’s.

What went on in the legendary Back Room?

Anton Perich: The Back Room was the sanctum, bathed in the permanent bloody pink from the Flavin sculpture. There were the martyrs: Superstars sitting in the rows like Taylor Mead, Andrea Feldman, Gerard Malanga, Cyrinda Foxe, Holly Woodlawn, Renee Ricard. Ray Johnson, John Vacarro, Lou Reed, all the Dolls, all the Factory staff, but not Warhol. Warhol was there before my time, in the late 60s. He didn’t go there in during the 70s, after he was shot and barely survived. The real blood was spilled, as the sculpture foretold it.

It was a real Beckettian situation. All these wonderful people waiting for Andy who never materialise. The Back Room was a theatrical masterpiece. The atmosphere in the Back Room was so overwhelming. There were several dramas taking place at the same time.

Andrea Feldman would jump on the tabletop and dance on the shattered glasses. Shouting: “Show Time!” Eric Emerson would do the same, and Taylor, and Jason Holliday. I saw them all dancing on the tables. It was probably the best spectacle in town. Andrea would scream, like demented. There was so much smoke, as if a big white cloud descended among us. There were haze and daze. I saw Jackie lighting Candy’s cigarette for hours.

For me, it was like sitting in Purgatory, waiting for transfer to Heaven. One could reflect there about oneself for hours. Not moving an inch. Magically still arriving at your remote destination.

As a bus boy, you had a vantage point that few had. How would you describe the perspective?

Anton Perich: I was embedded. The perspective shifts when there is no daylight between you and your subject. Barely enough space for my camera. When you lose the physical space around you your mental space lifts, and you think that you have God’s platform. Slowly you start responding to the avalanche of self-adoration. The image becomes painterly, totally encompassing, like a hologram.

What made you decide to start taking pictures during your shift?

Anton Perich: The future. The pure desire to share what I saw. You are given one chance to do it, not two. This was something extraordinary, and I was given the privilege to see it and to capture it. I celebrate every single person that I photographed. They moved from my camera to my heart.

I was deeply touched by the response of artists that I photographed. They shared their souls. It changed me, and it changed my camera. When someone shares their earthly appearance, you are humble and you don’t abuse it.