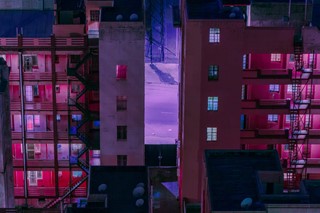 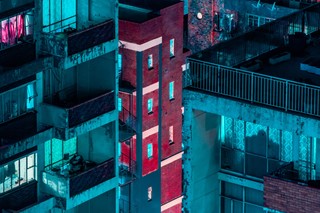 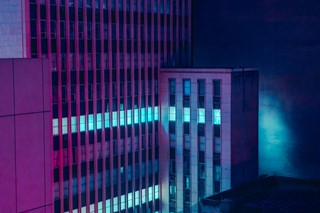 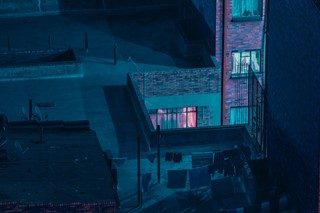 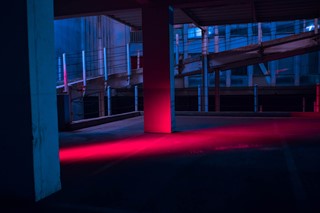 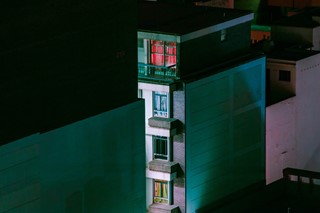 “I used to tell my friends that I feel something in this city that I’ve never felt anywhere else. There is something very Gothic, and it gets confusing. Buildings are confusing. You have this Brutalist architecture, then Art Deco, and then no one around. And this air, this atmosphere…”

Anyone who’s lived in the heart of a city can tell you it’s more than buildings and people. There’s a presence born from the repeated stacking of objects and experiences on top of one another in an attempt to present something new. But we can never quite escape that original sensation.

“After certain hours, everything closes down. It has that haunting atmosphere from the past. Cape Town doesn’t have this. Durban doesn’t. Jo’burg specifically has it.”

Born in France and raised in eight different cities across Europe, photographer Elsa Bleda arrived in South Africa in the late 2000s. At 18, it was only intended to be a pitstop on a solo trip across the southern hemisphere, but the country ended up capturing her – first in Cape Town, then Johannesburg. Considering she’d spent most of her childhood in transit, going where her artist single mother was needed, it seems fair to assume Bleda might have wanted to settle; to find structure and meaning away from a life of constant motion.

This seems evident in her photography. Her work cuts through the clutter of different architectural styles fighting quietly for prominence in the Jo’burg skyline. Instead of the daytime hustle of urban living, business and corporate greed, she captures Jo’burg while it’s sleeping. While it’s dreaming. She reveals, “I don’t like landscapes or cityscapes. I see this beautiful big landscape, but I want to make it personal.”

“A lot of people are scared of being alone. Maybe they don’t know themselves and being alone puts them in a lonely state. For me, I don’t find being alone and being lonely are the same thing. That loneliness is what I need to be able to clear my mind” – Elsa Bleda

Jo’burg’s history of segregation means that even though the city is fully populated, certain sections of it just shut down completely at night. A marker of the country’s history of aggressively shuffling black people far from the city and the white people who needed to use it. You could walk for blocks in most directions without ever running into another person.

It’s probably because of this that local photographers seem to want to capture the city from a vantage point that’s either distant or too invasive. Either it’s some vast unknowable collection of lights cast on towering dark silhouettes, or an anthropological study of black bodies in motion. Bleda’s work reaches for a middle-ground, making the world feel smaller while never losing that sense of otherness, of aloneness in a big city.

“A lot of people are scared of being alone. Maybe they don’t know themselves and being alone puts them in a lonely state,” she muses. “For me, I don’t find being alone and being lonely are the same thing. That loneliness is what I need to be able to clear my mind.”

And it’s the familiar human experience of loneliness that pervades her work. It isn’t surprising that in the current global socio-political climate, Bleda’s work is garnering more attention. She recently signed to Star Films as a director, and she’s partnered with Red Bull to create a travelling exhibition called Nightscapes’, which will take her to cities across the country and the world to capture each environment by night.

“I want you to feel like you can’t recognise a place when you look at it. You’re bringing an alternative reality to it,” she says of her work. “Someone looks at it, feels the mystery, feels the eerie uncanny feeling, wants to know the story and they can build it themselves. And each person sees a different story with the same atmosphere.

“Sometimes you photograph something and you don’t know what’s going to come out of it,” she says. “And sometimes before you photograph it, you know exactly what you see.”

Bleda points to a rare daytime photograph of hers, “The Overlook Hotel”, as an example of this. Named for the setting of Stephen King’s The Shining, and inspired in part by Stanley Kubrick’s film, the photograph features a lone figure in a row of apartment windows, staring directly at the audience. The wind lifts the curtains all around her as if moved by a single spectral force.

“The girl in the photograph’s name is Courtney. She’s wearing my vintage nightie, actually.” Bleda laughs. “I woke her up before sunrise. She only had two hours of sleep because she’d been modelling for me all night.”

The image captures that familiar sense of standing in an inner city apartment, assuming the role of voyeur from the boxed-in safety of a bedroom window while people move as undressed silhouettes in the near distance.

“The unnaturalness of it. The broken symmetry of it. The most powerful thing is the presence of the girl, and why she’s there and why she’s looking into the camera,” says Bleda. “That is the feeling in The Shining – someone’s watching you.”

And someone is. In a body of work that almost never features people except as spectres glimpsed between buildings or passing through dead intersections at night, “The Overlook Hotel” stands out. It is perhaps the first photograph that Bleda’s taken that steps out of the theatre of our minds and gazes instead inward, turning the viewer in on themselves. That speaks in large part to the sensation of living in Jo’burg, the electricity of constantly being seen by something or someone, built on years of paranoia and fascist segregation. In a city where the pervasive sense of being watched, of being policed and moved and shuffled away, of being only a body or an object, the numerous perspectives that one image creates is as familiar as it is elusive.

“I can relate to that. (Our perceptions) are different worlds. They are all open but they are alternate realities. All happening in different ways,” she says. “They are surreal. Dystopian. Unnatural. And elusive. I’m fine with being elusive.”