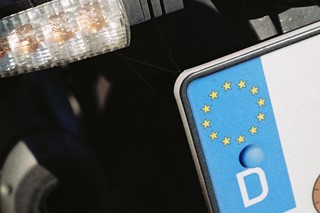 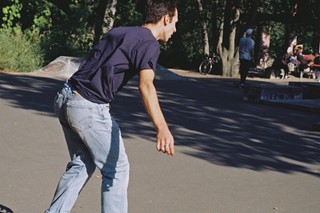 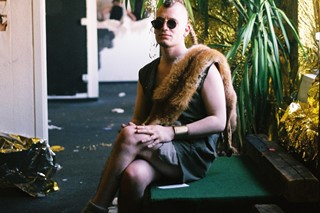 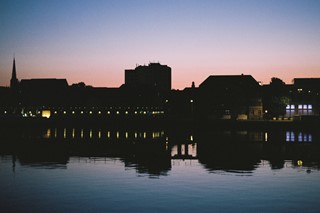 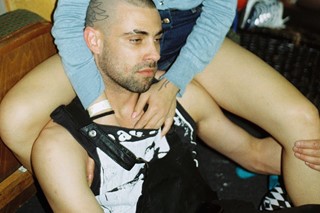 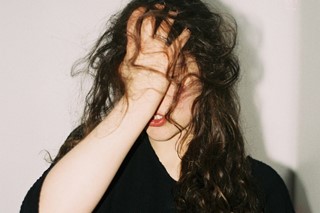 Berlin-based photographer George Nebieridze is no stranger to capturing the fleeting moments of youth: raves, chance encounters, bruises, tender hours of the morning, saturated colours, and the energy of the city. This October he finally released his first book titled ’15, a visual imprint of a year in his life which would speak to many.

Originally from Georgia, Nebieridze moved to Berlin three years ago to find himself overwhelmed by its atmosphere of freedom and sexual liberation (which he captured at Underground gay parties Herrensauna). Berlin still remains crucial to his vision as a home to his community of friends and muses from all around the world and as a thread which runs through the seemingly unconnected visual moments put together in the book.

These days many of us keep a visual record of the day-to-day experience of being young. Yet turning it into a work of art is another level. For Nebieridze the key was his persistent passion in documenting what’s around him and looking for less obvious connections which emerge once images are thrown together. “I had one special folder where I was collecting the shots over the whole year, the ones I could imagine in the book, roll after roll. And when 2015 came to an end I started to arrange the images”, he remembers. “There was absolutely no criteria in selecting the photos. The more diverse the photos were, the better it was for the whole book. This is one of my favourite things to do: combining photographs with very different values and creating something new. ’15 is a portrait of who I am, even though it doesn’t contain photos of me. I try to reflect my habits, manners, and desires in putting it together. The book is also inevitably about Berlin, its people, and character from my point of view”.

“‘15 is a portrait of who I am, even though it doesn’t contain photos of me” – George Nebieridze

Juxtaposing dingy night club scenes with moments of intimacy, and spilled blood with flower petals and close ups of parked cars, the pages of ’15 have a powerful effect on the viewer – both visual and emotional. “The book is not just about photography”, Nebieridze explains. “I tried to put in all my experience as an artist, designer, a friend, and a storyteller. There are no texts next to the photos, but almost all of them have stories and there are particular people who know these stories. That’s kind of a hidden narrative. The obvious one could be a very personal perception of a viewer of how the sequence develops. My goal was to make this experience similar to watching a movie. How it has a beginning, development, culmination and an end.”

A deeply personal statement, ’15 is also more political than it seems at the first glance. Nebieridze’s characters come from all types of backgrounds and countries, they are fearless and shameless and do not conform to conservative social norms. They are the exact opposite of what right-wing politicians would like to see as the future face of Europe. “With the rise of anti-immigrant right-wing powers, it’s possible that the first world countries one day might not have us, immigrants, anymore”, Nebieridze says. “I’m sure this takes a lot of time and is not so close to reality at this point, but nothing is impossible nowadays. This makes me think that my photos are going to be even more unique in several decades.”

’15 is a powerful evidence of today, a visual manifesto for tomorrow and a proof that life and creativity for all of us is a work in progress, year after year. “In 2015, I learned that photography and art have endless possibilities. One can have so much power and control over the things by using it. A couple of months ago, I got asked by one person to teach them how to achieve things I achieved and how to develop as a photographer or an artist”, Nebieridze adds. “I said it’s not about photography or art at all. I can’t teach you how to be yourself or how to live your life. If you want to make something interesting you should be interesting yourself, or if you want to make something real, you should be real yourself. Once you have that, doesn’t matter what you do, you’ll do it best.”