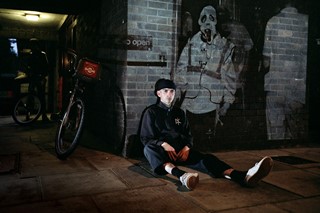 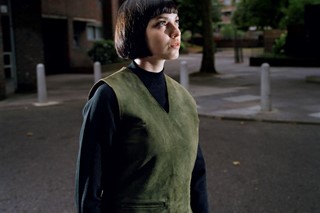 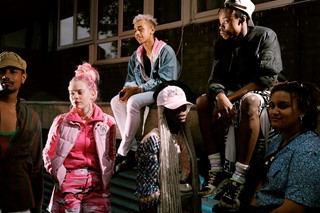 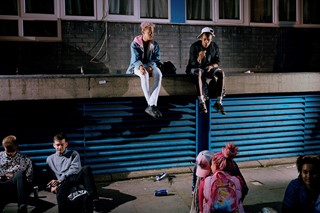 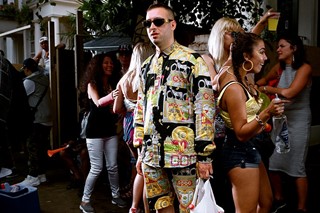 Over one million people turn out for west London’s Notting Hill Carnival each year to celebrate the diversity of culture and style in the capital and beyond. Europe’s biggest street party may have come under fire in recent years with police and disgruntled residents, but its legacy is undeniable.

In a new commission for Brighton Photo Biennial, Ewen Spencer hit the streets this August to document youth tribes along the Carnival route. “Carnival has an incredible history that celebrates Britain’s diversity and its location has been instrumental in shaping youth and subculture since the late 1950s”, Spencer says. “From the birth of Modernism and Jazz through to Sound Systems and roots culture in the 1970s, as well as the punk movement and the early manifestations of hip hop culture in the UK throughout the 1980s. It all happened there”.

Alongside this, Spencer spent the summer casting and shooting young people across several places in Liverpool. Together, he believes, the two cities work well to offer a diverse representation of British youth culture, and offered him both iconic and lesser-known locations to reference some of his past work in a contemporary setting, with the new kids he’s been working with.

Over the course of two decades, Spencer has firmly established himself as the go-to photographer for honest and immersive depictions of youth culture. Beginning his career shooting style and club culture for magazines such as The Face and Sleazenation in the 1980s, he went on to document the emergence of garage and grime in the UK, shoot party scenes in Miami and Napoli and create artwork for bands such as The Streets and The White Stripes. It was looking back at this journey that spurred on his new project.

“Youth takes the past, reinterprets and rebuilds” – Ewen Spencer

“Last year, whilst I was making a documentary series for i-D and Channel 4, I kept meeting with people I had known and worked with for 15 or 20 years. Nearly every time, the conversation turned to the fact that contemporary subcultures and styles are invisible”, Spencer explains. “Subculture has always been in the hands of the young, and as we stay ‘younger’ for longer today, I became interested in finding out where youth culture and style is now”.

He goes on to explain that that’s where the title of the project, Kick Over The Statues, comes from, recalling a “distinctly average track” by the 1980s political pop band The Redskins. “I’m not a huge fan of the band but I do like the sentiment. For me, it discusses the nature of the young eating the old and how youth takes the past, reinterprets and rebuilds”.

Due to the nature of contemporary youth culture existing largely online in an increasingly hypothetical, self-referential way, Spencer says, it becomes hidden in a new way, but essentially it’s still the same, and young people will always find tribes to identify themselves with. Casting people he met through social media and on the street, Spencer says he has been most struck by the amount of knowledge young people have with regards to the history of style and subculture, and how they continue to reappropriate it to create something new.