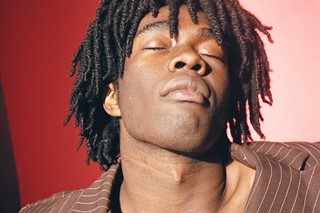 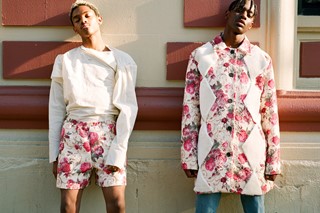 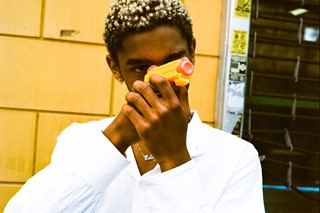 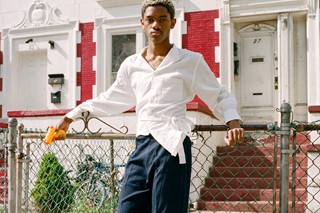 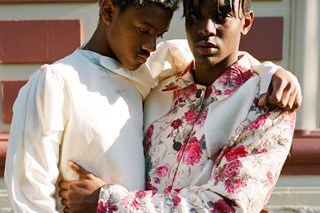 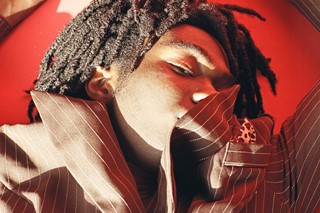 It’s an unsettling time, most of us are afraid and our conversations seem to revolve around a few stark topics; survival, fear, uncertainty, and perhaps most importantly, personal activism. Questions of what we can do as individuals within our limited means and resources to build with each other, share spaces and platforms to push for change feel more relevant and urgent than ever. While image-making is generally viewed as frivolous and superficially motivated by the instant gratification of social media attention, the last few years have forced us all to confront the realities of a viral and voyeuristic culture drenched in the blood of countless black men and women killed at the hands of the police. The most frequent response to these relentless killings has been a simple “why?”. Images contribute greatly to perception, especially if we are deemed “other” and bear the burden of white supremacist values, people often rely on images of us to perpetuate stereotypes which have been proven, in a terrifying generational cycle, to be traumatic and deadly.

In my poignant conversation with New York-based filmmaker, photographer and Dazed 100’er Tyler Mitchell, we discuss the conception and development of his striking, minimal aesthetic, his lyrical short film Wish This Was Real, released late last year, and which captured black masculinity and youth in its most vulnerable and revealing moments. In an exclusive Dazed shoot, titled I’m Doing Pretty Hood in My Pink Polo – shot in Flatbush, in the Jamaican neighbourhoods of Brooklyn – we explore what it means to be a young black man making art today, when, now more than ever, it feels like our lives depend on it.

How did I’m Doing Pretty Hood in My Pink Polo come about?

Tyler Mitchell: I started thinking about it like a year ago. The title actually comes from a Kanye lyric from his song “Barry Bonds”. I always think of my pictures as the process itself, it’s never the final thing. I’ve been thinking about black men, the ways in which we’re seen and can act in public for around six or seven months because there’s been an awakening of sorts recently.

My mum didn’t want me to drop out of NYU because she thinks I still need a degree, I could still get turned away from some establishments because I don’t have a college degree and because I’m black. I’m Doing Pretty Hood in My Pink Polo is the process, me thinking it out, showing symbols I identify with in my state of mind. It’s quite autobiographical.

The recurring symbols (water guns, heavy chains) portray a kind of innocence where you’ve shown vulnerable young playful black men holding objects of both violence and childhood play. What do you think is achieved by carrying those symbols with you?

Tyler Mitchell: A lot of ideas come randomly, the water guns landed and it worked. It means something different every time I watch it. It is what could, or could not, be there. We’ve seen these men being killed for bearing arms or not bearing arms. The water gun is in some ways making light of a serious situation. We were coming up with combinations of things that felt right (me and my DP Owen). A lot of happy accidents were happening – all these combinations were symbols that were putting together that innocence.

How do location and placemaking figure into your work? I noticed with Wish This Was Real, there is a sense of fantasy and an unreal, dreamlike space. Whereas with I’m Doing Pretty Hood in My Pink Polo, in some of the images there is a feeling of place. How do you think place works into this configuration of blackness?

Tyler Mitchell: That regalness, that royalty that is being heightened for you in the picture, that exists. That to me is real, it exists among my group of friends in high school, we were free, having fun, we were kings. When black people hang out together, that’s real. The pictures are only heightening that and calling that to your attention.

The way I use place and the fantastical colour backdrops of Wish This Was Real... some of it hasn’t fully manifested yet, those fun and carefree black attitudes aren’t okay with people yet. I wanted the place to be place-less. This isn’t yet happening outside your window, on a street near NYU, roaming freely in Palo Alto, hanging out of the window of their car without being pulled over, yet. It’s about wishing that was there.

“Groups of black men are viewed as threats. We are criminalised. There’s something placed on us that doesn’t really exist” – Tyler Mitchell

For I’m Doing Pretty Hood in My Pink Polo I wanted to place and create this world even more. I started researching deeper after Wish This Was Real, I was consumed by everything, I was thinking of what white people have been doing in their carefree suburban lives. I was looking at a lot of Larry Clark’s work, seeing as he is pretty much the definitive youth photographer, (and) I was thinking why can’t black kids also be included in this youth photography predominantly? I was looking at his work and thought to push this even further. There was (also) this JW Anderson book that showed all these white kids in super nice garms and playing around, taking pictures of each other, walking through the streets, I saw groups of black men and obviously, we’re not viewed in the same way.

Groups of black men are viewed as threats. We are criminalised. There’s something placed on us that doesn’t really exist.

Do you feel as though these styled images add a layer of depth to the work?

Tyler Mitchell: I wanted it to feel documentary. The way the shoot was styled and the incorporation of fashion mixing with a documentary feel worked out, the clothes boosted the ideas.

This is a politicised photo series, but clothes do sell ideas. Black men are criminalised by what they wear, symbols are misread. Jake helped me to create symbols that said “royalty world”.

I wanted to focus on those two images (of Santangelo, in the red paint). There’s something sublime about them.

Tyler Mitchell: Santangelo is my closest friend, he knew the vision I already had – we had already lived so much of it. We had experienced sketchy things with police around our neighbourhood and at school growing up together. He already knew what was needed to create the images, I didn’t need to tell him. The actual shooting process was intuition and instinct. People are gonna understand where I’m going with it. With him, he got it. We grew up in Atlanta talking about this stuff.

In your recent op-ed for Dazed you said, “I often think about what white fun looks like and this notion that black people can’t do the same”. Relating this also to what you’ve said about creating a cheerleader aesthetic, a “look” and feel often attributed to white women – with the pinks and the men embracing, is that ambiguity intentional? Or is it playing with the social status of white girls and black men?

Tyler Mitchell: High school was the beginning of me realising my place in the world. In Atlanta, I went to a Christian school, (and) in senior year Bible class, I sat next to the most popular girl in school. While I was by no means the nerd next to the cheerleader at all – I was social, I was liked and popular, but never in the way that she was placed on this pedestal of being a white girl who had dynasty at the school. I was one of 10 per cent of black kids in my whole grade. We would interact in such a funny way, playing roles, breaking those roles. Our interactions were strange and uncategorisable because I wanted to be her but also overtake her place of power... infiltrate the system, and weirdly had a crush on her all at once because of the immense pedestal she was on.

In my images, it’s both there and not there. I’m totally putting the symbols in front of you. Two black guys in Flatbush holding each other, wearing flowers and pink. I don’t need to say any more than that. They understand what to do naturally. It’s about companionship.

As I go deeper into new ways of shooting black men and getting further from what you normally see, people start questioning this sexuality element which I would disregard. I’ve never cared or questioned anyone’s sexuality. I’ve never interrogated that so I don’t expect it of my subjects in the photos. That’s what I love about them, they’re comfortable with themselves. We shoot as black men, as enlightened figures in new scenarios. It doesn’t matter what sexuality you are. Undoubtedly, people question the nature of the relationship between them; are they gay, are they friends? What am I looking at? Hopefully, it’s something you’ve never quite seen before.

“As I go deeper into new ways of shooting black men and getting further from what you normally see, people start questioning this sexuality element which I would disregard. I’ve never cared or questioned anyone’s sexuality” – Tyler Mitchell

What are the tones of the conversations you’re having with your friends since Alton Sterling and Philando Castile and do you feel a shift happening?

Tyler Mitchell: You can’t explain it. I was really paralysed after watching the video footage. The consciousness and what I was realising was how much more important it is for each of us to continue to use the platforms we can to make this better. Taking these pictures was that work. By the same token, this is hard.

One of the first things I sent to Santangelo was the photo in the red paint/blood. I was thanking him for helping me create this image, telling him how excited I am that he is here in the moment with me, hoping it will change some people’s lives and perceptions. Let’s talk about what can be made better because so many things have been grave. My friend in New York texted me “we need to use our art to wake people up right now”.

There’s an honesty and a purity to these images – capturing these men with their eyes closed, there’s a vulnerability that strikes a chord. You are doing the work.

Tyler Mitchell: So much of photography now is about just being beautiful, filling the world with beautiful images, but the innocence and purity are what I love the most. I’m excited to get back to New York and talk to my friends about this, the pictures are never done, the work is never done.