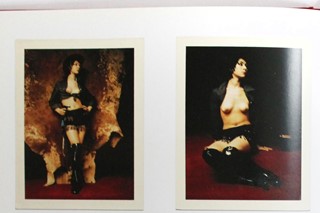 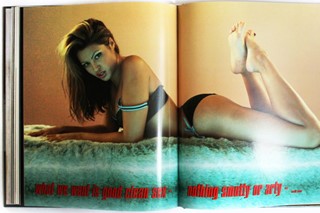 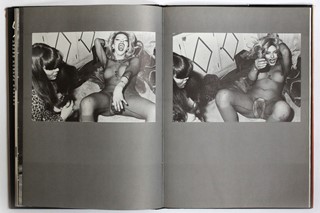 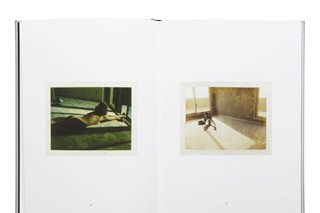 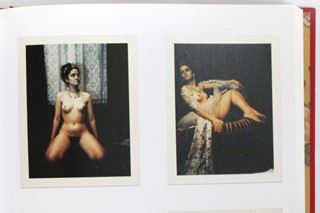 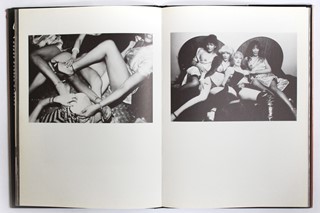 Charing Cross Road’s legendary art, fashion and photography bookshop Claire de Rouen houses some of the best and rarest books around. Inspired by her friend Vickie Biggs’ Instagram feed, the shop’s owner Lucy Moore invited her to select her favourite erotic photo books for a special night celebrating the genre at Claire de Rouen. Moore called it Dark Summer after a Bob Carlos Clarke book. Here, she talks about five books from the selection and why she likes them – from Byron Newman compelling portrait of the Bois de Boulogne’s transsexual secret society to Carlos Clarke’s transgressive depictions of women clad in rubber.

“Carlo Mollino was an architect, designer, photographer and… a devotee of desire. He created worlds and ways to move between them, designing houses that – in their sequenced compositions of mirrors, glass, curtains and screens – invited their inhabitants to perform their lives in a singular way. The photographs in Polaroids are a small selection made from over 1000 pictures of prostitutes and dancers who Mollino met in Turin and secretly photographed in his villa. He never lived there himself, and the photographs were only discovered after his death.”

“Helmut Newton said he was already obsessed with photography and sex by the time he was 13. His pictures impress, visually, a new kind of eroticism – a mix of Parisian élan, Australian bravado (he lived there in the 40s and 50s), German precision and directness…discipline, you might say.. I always notice the eyes in Newton’s photographs - the ‘gaze’, whether male or female, is always total, possessive and conscious of its own power.”

“This is one of the only books on Guy Bourdin that’s still in print, and we love its lurex-y silver padded cover. Bourdin loved Surrealism, particularly the work of Man Ray, and his fetishes for dismembered legs and women who look like dolls hark back to the customised mannequins the Surrealists made for their International Surrealism exhibition in Paris in 1938. Bourdin’s eroticism is sinister and Gothic. The writer Rosetta Brooks linked the deathliness of his models to the corrosive effects of consumerism. But we still think everyone should spend spend spend..on his books at least.”

“All of Byron Newman’s books are special – and rare – but this is by far the most striking. He and his muse, the actress Brigitte Ariel, describe gaining entrée into the dizzying underworld of the Bois de Boulogne’s transsexual secret society, a tight-knit sorority of queens, queers, madonnas and matriarchs. Costumes shimmer and sparkle, ashtrays overflow, hormones are injected, flesh is revealed, and then more, and a little more…”