In this Dazed shoot, London-based photographer Nadine Ijewere explores the complex world of hair and the relationship between choice and expectation 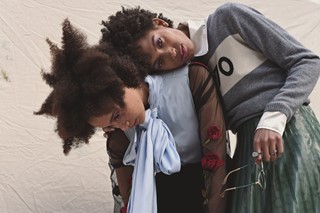 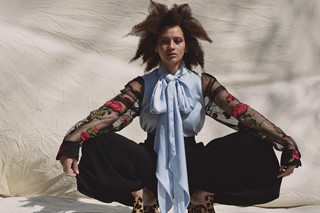 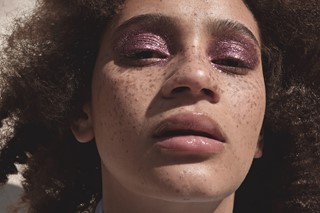 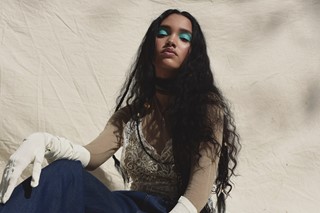 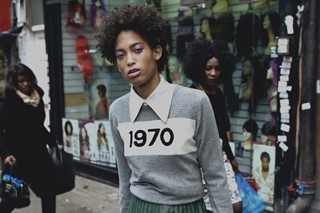 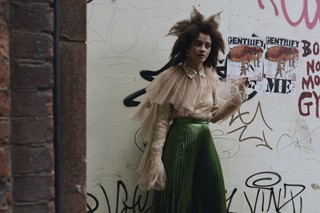 Like clothes or shoes, how you style your tresses can send a message about your sense of style, social class, religious beliefs, your conformity, or nonconformity, and eventually your age. To say that hair plays an even more central role in the lives of women of colour is far from an understatement.

For women of colour, hair is more than an aesthetic, it’s heavily politicised. Straightening it is seen by some as conforming to a beauty standard that is oppressively white, while retaining your natural hair texture can be a symbol of defiance, of black pride and power, as well as unkempt. The issue is so often debated it led to Beyoncé’s proud affirmation on “Formation” that she likes her “baby heir with baby hair and afros”, as a courageous response to a petition for her to comb her daughter’s hair.

Hair became a hot topic last year, firstly when Disney star Zendaya found herself the focus of a thoughtless comment by E! News host Giuliana Rancic. During the channel’s Oscars 2015 coverage, Rancic remarked that Zendaya’s dreadlocks looked like they smelt like “patchouli oil or maybe weed”. A month later, Amandla Stenberg, tired of white celebrities like Miley Cyrus and Katy Perry appropriating black culture by wearing traditionally black hairstyles like cornrows, went viral when she schooled the world on cultural appropriation in her now-viral video “Don’t Cash Drop My Cornrows”. In the four-and-a-half minute video, Stenberg discussed how these celebrities were interested in the ‘look’ because it was "a way of being edgy and getting attention” but that they knew little about its historical context. She explained that instead of a “trend”, for people of colour, "Cornrows are a really functional way of keeping black textured hair unknotted and neat, but with style", before ending the video, “I wish America loved black people as much as it loves black culture.”

To explore the development of this conversation, we asked London photographer Nadine Ijewere to shoot a series that celebrated non-white hair, and asked for her thoughts on the subject. “I don’t think anyone should be judged or shamed for choosing to do something with their hair,” she says. It’s an opinion that differs to some photographers, such as Nakeya Brown, whose series “The Refutation of ‘Good’ Hair” and “Hair Stories Untold” explore the extensive behind-the-scenes hair rituals black women perform, raising the notion that women conforming to such white ideals, directly contradicts their own natural beauty. Brown told us last year in an interview about her work, “Traditional hairstyles such as locs, box braids, cornrows, Senegalese twists, afros, twist outs, and bantu knots are forms of resistance against white-washed beauty standards.”

But here, Ijewere is careful to not condemn ‘the creamy crack’ – a term for chemical relaxers, so-called because once used black women experience a cycle of damage and money spending in order to attain a style that needs constant maintenance. Rather, she wants to capture black hair in all of its diverse glory. “I just want to get rid of the idea that it (natural hair) is unprofessional. If you Google ‘professional hair’, you get white women with long straight hair, but if you put in ‘unprofessional’ you see afro hair. It's important to tackle this sort of stigma,” she explains.

When it comes to her own hair, Ijewere says she is “really chilled”. “I cut my relaxed hair and I use extensions now. Rocking both is amazing. Black girls are versatile because they have access to so many styles.” But her attitude towards processed hair is a stark contrast to the beliefs she holds about the natural hair trend; she is wary that it won’t stick. “It’s weird to me, it feels like a fad,” she laughs. “The last two years there’s been a sudden boom in the natural hair look. I don’t know where it has come from.

“I see them everywhere now (afros), but I don’t just want it to be a trend. I’m sceptical a lot of photographers are doing it for follows. Because it is fashionable, people are jumping on the bandwagon. Now looking through model books I see more afro girls – but they are always the same texture. Which again creates another generic image for black women to try and replicate.”

An understandable concern considering the often short-lived life spans of trends. According to Sleek Hair Extensions, a hair care brand that supplies hair extensions to afro hair shops, the trend for natural hair has slowed the industry down somewhat. But, the UK has about two million black women and roughly 500,000 to 1 million use hair extensions. On average, these women change their human hair extensions every two to five months which costs anywhere from £20 – £250, plus £50 – £70 for a salon stylist to apply. Kathy Xu, the brand’s managing director, says that even though human hair sales are falling, the ‘natural’ hair trend is still present in the hair extension business, as people now go out to buy afro style hair and small natural looking curls to attain this new ideal.

With 70 per cent of these women going to the salon to install their hair extensions, salons are undoubtedly at the centre of WoC’s hair routines. Rita Balogun of Radiant Salon, London, says that owning a salon that caters to the needs of these women is important because “we need a space, a community and a place where our hair is understood”. And due to her clients coming in for four to six hours at a time, it “definitely” feels like a community. “It’s a place where women let their hair down, literally. If a woman is having man issues, job issues, they will more than likely discuss it with their stylist.” Balogun adds that she believes the trend has resulted because women are more aware of their choices and are no longer shy about embracing their natural hair.

Yet despite the apparent boom in the natural look, it certainly isn’t universal amongst all WoC. Zina Alfa is a 24-year-old multimedia journalist currently working on a documentary on the topic and gearing up for a launch of a hair app named ‘Unbeweavable Hair’. Despite her assertion that hair is not an issue her own opinions are quite difficult to unpack. “Honestly speaking I do not spend that much time on my hair, I get a weave because it is easy to maintain. However, I think I have been taught to think about other things that are important and hair is not the main thing in my life. It shouldn't define me but it does to some people. Some people think it's so important. I do not.”

First having her hair relaxed at five-years-old by her aunt in secret because it was, as she calls it, “ridiculously dense forest hair”, Alfa’s seemingly not fazed by the natural hair trend, believing it’s too expensive and time-consuming. “I’m not really into that look at all,” she asserts. “I can’t be arsed, you have to worry about work, bills, boys, food, the gym and then on top of that makeup and hair? Fuck that!”

But the more you scratch below the surface you get a sense of how long, costly and integral her hair process is. Once she takes her weave out, washes her hair, books an appointment for a chemical relaxer, buys hair from the local black hair shop, then re-weaves her hair (hiding her newly relaxed hair underneath), Alfa has spent hours, and almost £350. A self-confessed “disgustingly” higher amount than she’d realised. She is knowledgeable and philosophical (“Hair was used as a tool to destroy the black woman during the slave trade and if you do not have ‘good’ hair, you are not perceived as beautiful.”), but doesn’t immediately recognise her own hang ups in the process, and admits she would never be seen outside without her weave.

It’s these juxtaposing opinions – from shopkeepers, fellow photographers or beauty consumers – that Ijewere wants to tackle with this series. The idea natural afro hair cannot be styled or that it isn’t beautiful is something she calls her “biggest hang up”, and the complexity of opinions, like Alfa’s, are typical of the debate surrounding hair in the community and the internal debate a lot of women have with themselves. Becuase regardless of whether it is a fad or a trend, or here to stay, accepting an individual woman’s right to choose is the most important, yet overlooked, factor in this conversation.