Photographer and model Ryan James Caruthers takes us back to school sports day as he explores masculinity, homosexuality, athleticism and boyhood 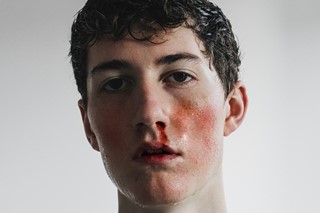 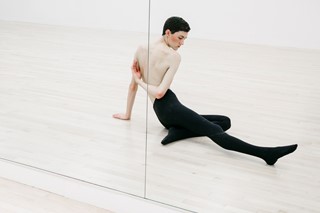 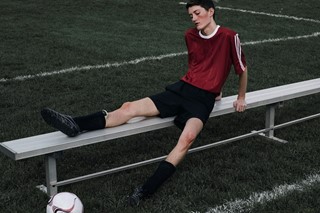 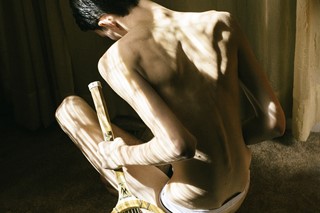 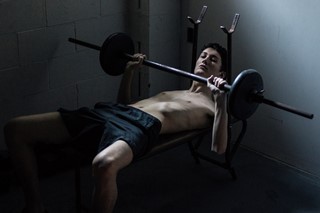 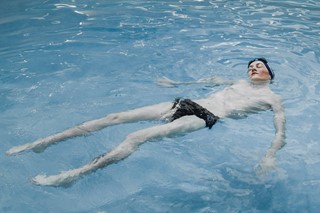 Ideologies of masculinity are universal: athleticism, strength and a Hercules-like physique. New-York-based photographer Ryan James Caruthers is challenging both himself and these archetypes in his new photo-zine, titled Tryouts.

It is a powerful and personal account of an awkward New Jersey boy living with Pectus Excavatum (a condition where the ribs and sternum of the chest grow incorrectly and instead cove inward creating a caved-in chest), overcoming the misfortunes of boyhood, while straddling masculinity, homosexuality, and athleticism.

“This condition and my skinny frame pushed me away from participating in sports and physical activity, ultimately removing me from usual signs of masculinity”, he explains. “This estrangement from athleticism further separated me from other boys in school — as this is what they were preoccupied with. I was raised in a suburban town in New Jersey, and involvement in sports was almost essential.”

Thin and tall, Caruthers was never going to be a quarterback, but he did go on to become one of Hedi Slimane’s boys at Saint Laurent. Celebrating unconventional bodies at the French fashion house – where he was creative director until recently – Slimane helped Caruthers find comfort in his own image, telling us that Slimane’s “fascination with body types like my own is due to him having a similar body type and enduring bullying because of it as well.” While their photographic work differ, there is an aura that connects both of them. Adding, “at this point, the idea of the “hyper-masculine” male model is becoming dated – which I think is a good thing. My story is somewhat relative to his (Hedi’s) own.”

Caruthers’ self-portraiture is a coming-of-age commentary, explaining his decision, he says, “I have always photographed myself from a young age as I am aware how to emote through gesture … as I would not want to use someone else’s body and image to portray how it is to live in my own.” The locations in the images are deeply symbolic of his dreams of playing sports as a boy, his choice of locations as mimicking, “fields and courts from my childhood surroundings. Some of the images feature locations that I actually would have performed on if I had played sports throughout school.”

Dealing with the complex meaning of masculinity, homosexuality, and athleticism, creating Tryouts for Caruthers was a way to “explore their connections without words”. Challenging the norms, he finds it profound that “athletics are often categorised as heterosexual”. This is a form of escapism whilst coming to terms with hardship on the way. The violence in his project references, “the awareness of violence in sports, yet also to hint at my experiences with bullying. Feeling a sense of isolation as a child was haunting as I was closeted and not comfortable with my body. Although I was segregated from athleticism at this time, I still had a dire need to be a part of it. As a male I found it difficult to be disconnected from something that almost reconfirms your gender.”

Tryouts is available to purchase here