London-based photographer Ivar Wigan’s work is an evocative exploration into neglected sidelined communities all across the world. Wigan made an indelible mark with ‘The Gods’, a series in which he travelled to America’s Deep South to capture disenfranchised communities in the midst of their daily lives. Wigan illuminated his subjects in such a way as to denounce the media’s unjust portrayal of their humanity – appearing defiant and God-like in their resilience. His work is decidedly raw and honest – unveiling the artist’s personal relationship to the people he photographs. American audiences will have the chance to experience his work in the artist’s first U.S. exhibition to be held at the Little Big Man Gallery in Los Angeles later this month.

Fresh off ‘The Gods’, Wigan began work on a new untitled series, delving even deeper into exposing ignored realities. Reflecting his extensive travels across Jamaica, the new work reveals a more visceral approach. This time, Wigan intends to expose the repercussions of societal discrimination – revealing the scarring effects on its inhabitants. Using landscape in a way to tell a story of the times, Wigan employs a potent narrative in communicating his artistic intention to his audience. Here, Wigan tells us the story behind the previously unseen image of the exotic dancer he met as well as the accompanying images to his upcoming series.

“This is a portrait done in Jamaica. She is a dancer from Kingston. The picture is called ‘Chyna’. I’ve been living in Jamaica the last year where I’m working on a new series. I’ve been shooting around the dancehall culture that unfolds in the strip clubs along the north coast — Montego Bay, Ocho Rios.  She was a dancer who I met in Montego Bay and asked to shoot. I wanted to do a portrait of someone who encapsulated all the fragility of life in the ghetto. She said she was keen to do it. We just shot the pictures in the club. I took a few shots and that was the one that captured her vulnerability. That’s shot on a Ricoh GR1 with Kodak 35mm film. I see something very beautiful but sad as well. Because I know I her, I always hope that she’s doing well and think of her as a person, not just as the subject of a picture. I think it’s a beautiful thing that she’s being captured like that. I hope the picture will last forever.

There are very few opportunities in Jamaica – there’s 70 per cent unemployment. Jamaicans can’t travel. This picture is part of a triptych with the other two landscape shots – the flowers growing from the concrete and the sky seen through the reservoir. All three images are taken in Jamaica – all of the world seen inside the ghetto looking out. When you’re from the ghetto in Jamaica, you only see it through wire fences. Having supporting images around each one gives a background and shows a narrative around each picture – and they will be exhibited like that.

I want people to see life on the other side. I want them to step outside of their comfort zone and think what life is like when you’re on the other side of those reservoir fences. Jamaica is very extreme because it’s very much a land of haves and have not’s. Wealthy people live in guarded compounds and resorts ands are completely cut off from the normal Jamaican life. So most Jamaicans never see those ways of living. The wealthy and the tourists who go there never see real life. It’s a very extreme dichotomy.

My work focuses on cultures stemming from the African diaspora so I’ve shot a project in the USA in the Deep South and I shot in Africa around tribal communities and villages in Ethiopia, the Sudanese border and Namibian as well, up into Angola. I’ve been shooting there concurrently along with trips to Jamaica. All these stories resonate with each other because they all come from a common root, which is Africa. Jamaica was one of the first places I started travelling to and I’ve always felt that it had an unusually potent culture.

None of my projects are politically motivated at all. I go there because I want to go and explore and connect with people on a personal level. I do feel there is a misconception about people in sidelined communities. There is a lot of fear generated by the media about people and communities where there’s been violence. I think it benefits everyone if those barriers are broken down – people travel more and visit each other and experience each other’s life.

With ‘The Gods’, I was exploring and finding my way. It was a series of iconic portraits and group shots where I was seeking to find people who were on the street corner or in the strip club and elevate them to some kind of iconographic status. The new series goes deeper into the community and the subject matter – searching for the meanings of life and existence in that place and really exploring the results of this society that has put people in that place. With ‘The Gods’, I felt that every image had to be hugely impactful and arresting. With the new series, I’ve stopped along the way and looked at the smaller pieces of life and there’s a lot of still life and landscape involved. I think it’s important to set the context and the history of the people I’m documenting. I feel all of these series I’m producing will be remembered forever.”

Wigan’s “The Gods” series will be on show from 21 May – 21 June at LA's Little Big Man Gallery. See a selection of photos from the series below: 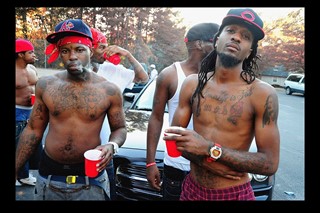 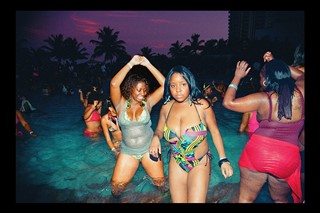 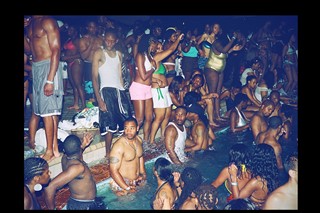 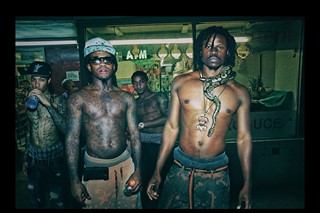 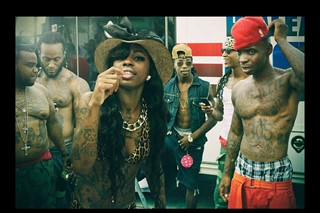 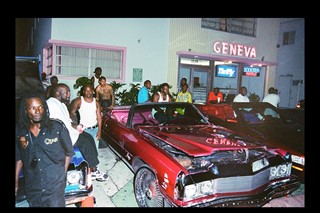