Capturing rituals, Ed Sheeran fandom and everyday habits, this photographer humanises a situation that – even amidst all the media coverage – many of us feel alienated from 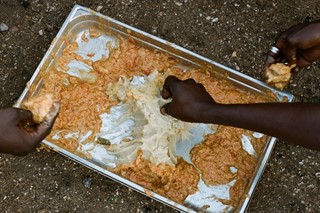 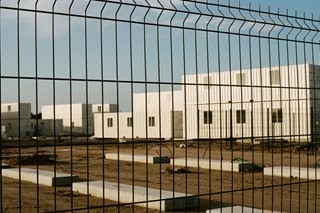 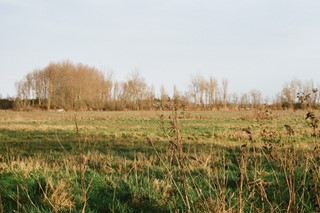 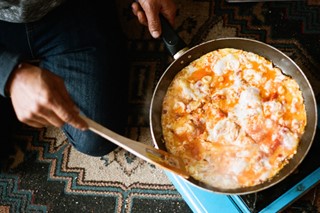 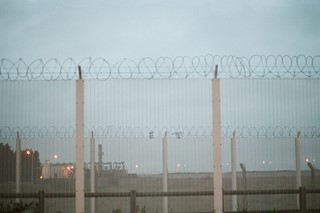 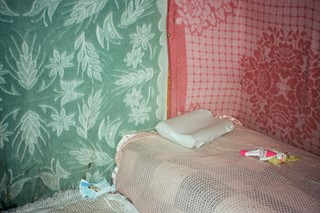 It’s easy for many of us to submit to the implicit narrative the media surrounds the refugee crisis with. After all, those tiny boats floating precariously in dark waters and crowded, dilapidated ‘jungles’ look hundreds of miles away from our comfortable existences. Etienne Bruce, an MA Photojournalism and Documentary Photography student at LCC, ventured to Calais as a volunteer, where she saw the real situations first hand.

“I’m interested in showing how the perspective from outside of the camp – media reportage that creates fear and hostility, and the physical representation of this in the form of fences and the securitisation of the area – is juxtaposed with what goes on internally, behind the walls,” Bruce explains. “I see the fences as part of a manufacturing of fear, based in political interests that depend on a culture of obscuring to influence opinion rather than discursiveness to draw sound solutions.”

“The outside has very little to do with the experience on the inside. The fences dehumanise. The fences both physically divide and alienate. This results in a vicious cycle of misconception and voiding ourselves of responsibility.” This narrative only deduces what is a complex and nuanced situation to over-simplified answers and stereotypes.

“The outside has very little to do with the experience on the inside. The fences dehumanise. The fences both physically divide and alienate” – Etienne Bruce

Bruce heard false rumours that circulated the camp, which said about identifiable images would affect the UK asylum application process. On her second visit, signs in the camp alleged the UK Home Office was tracking people from photos for possible deportation. “The difficulty I had in finding out any concrete facts about this is indicative of the ongoing dispersion of misinformation, and general lack of information out there,” she says.

It was these rumours that initially led her to not capture portraits, but later on, it became part of a desire to represent life and rituals in the camp, examples of human activity without the human form. Despite the lack of physicality, there’s a human presence, and a feeling of homeliness and solidarity in the little scattered trinkets and tidied away possessions.

Bruce has included text picked from graffiti within the camps, as well as a W.H Auden poem. “Graffiti, with its association of revolution and political expression, is everywhere in the camp. Graffiti doesn’t abide by a hierarchy. As such, it acts as a counterbalance to the divisions that are constantly created. I see it as representing the very opposite of what the fences represent,” she says.

“The Auden poem still rings true today. Poetry, like any art, is a glimpse into its time – but then it also takes on new meaning, and can give a valuable perspective on what’s happening today. To me, it represents the challenge of not having that benefit of hindsight when it’s needed most, and that’s now.”