This photographer looks beyond the city’s gentrification, instead focusing his lens on the real kings of Brooklyn 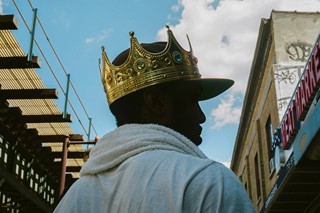 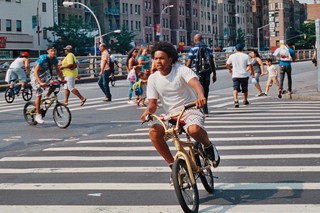 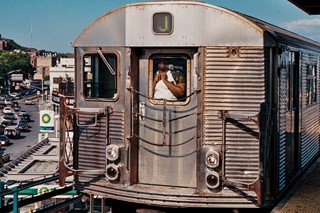 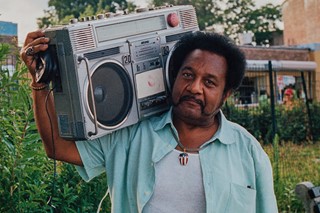 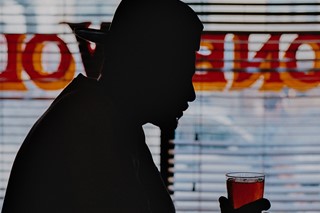 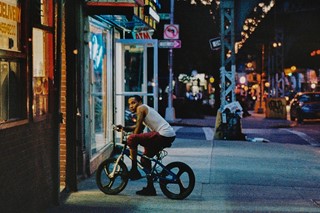 The Bronx, Queens, Brooklyn and Harlem are all engraved in our memories as the ‘rough areas’ of New York, much like London’s Hackney and Peckham. Today, both in New York and London, they have become coveted areas that are rapidly becoming too expensive for the people who’ve lived there their whole lives.

For 29-year-old French street photographer Axel Morin these are the areas that “shaped” his youth by their presence in movies, music, magazines and history books. His project “Once upon a Time in America” was shot over the summer of 2015 in these notorious areas, drawing Morin there because “this city has always fascinated me with its energy and creativity,” he says.

Under the heat of the baking sun he captures the areas’ character through the people meandering along on the streets. A man wearing a crown over a baseball hat is captured under the J Line in Bed-Stuy. There are multiple shots of kids riding bikes around neighbourhoods, “they were “radiant”, riding their BMX throughout the city,” says Morin. “I like their risk-taking attitude and the energy they give off, it’s in the same realm as my culture and my youth. I feel that they are experiencing life through my lens.”

All of Morin’s subjects are ‘characters’ with unique personalities. Such as the smiling Puerto Rican mechanic, Gee, who Morin captured leaning against the tyres outside his shop. Documenting the bustle of the streets, people out on their everyday routines and riding the subway is Morin’s main focus.

“I like to analyse the street, immerse myself in new environments, and understand these moods through my work,’ he explains. “To meet people, soak up the energy of the city and capture moments – to tell my own story through the photo series.”

His shadowy faced ‘characters’ convey the heat and the noise of the city. Some perhaps unaware of being photographed, they are a perfect representation of casual, every day life in the city.

“I like when an image takes you somewhere,” Morin reflects. “Maybe people will be able to see my perception of the street through these pictures and feel my emotions. I hope through my work I can continue to help shape an iconography of the street (that’s) always new and universal.”

See more of Morin's work on his Instagram and Tumblr.