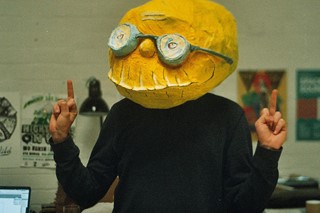 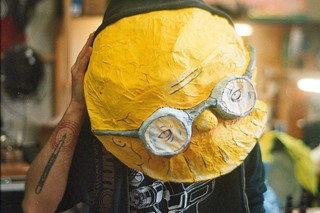 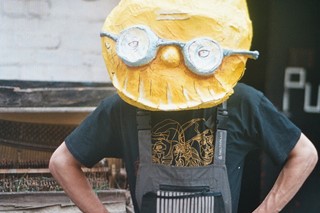 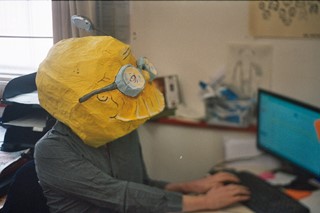 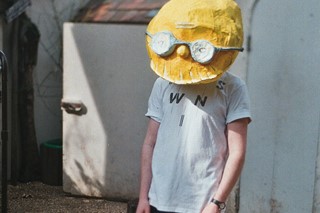 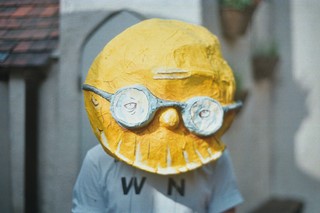 If there’s one TV show that can float a plethora of one-liners and face palm-worthy moments it’s Matt Groening’s dysfunctional TV family The Simpsons. From “You tried your best and you failed miserably. The lesson is: Never try,” to “My cat's breath smells like catfood,” and “I wash myself with a rag on a stick,” the show has been churning out gold since its 1989 debut. While it’s debatable as to who holds the title of most quotable, there’s no denying the greatness of, the severely underrated, Hans Moleman. Fear not, Moleman fans, one artist is finally giving the four-eyed character, aka “Man getting hit by football”, his moment to shine.

Liverpool artist Andrew Ellis has brought Moleman into the real world, papier-mache head included, in a series of portraits that show Moleman as we've never seen him before. The occasion? The No Homers Club exhibition, a fan-led exhibition kicking off in Liverpool this week. The event claims to create the “largest shortage of yellow and blue paint the North West has ever seen” as a series of artists/fans have been commissioned to paint, sculpt, draw (whatever!) their love for our fave four-fingered friends. Below, we caught up with Ellis to find out how he brought his favourite character to life.

What made you want to bring Moleman into the real world for A Day With Hans Moleman?

Andrew Ellis: Originally I was going to go for Kirk Van Houten and put together something to do with his lost masterpiece pop single “Can I Borrow a Feeling?” but I realised that the results would be so utterly depressing that it might ruin people’s day. Moleman’s one of those perfect minor characters, with such a distinct part. I guess he’s only featured 20 or so times for 30 seconds across all of the episodes but he’s the ultimate Simpson’s one-liner character. We only ever get to see Hans's moments of misfortune so I decided to see what he’d get up to beyond that.

“He, apparently, was Mayor of Springfield, he had an affair with Lars Ulrich’s grandmother and he’s convinced he’s 31” – Andrew Ellis

Why do you love Moleman so much?

Andrew Ellis: I guess there’s a bit of schadenfreude with the comic misfortune of Moleman and undeservingly downtrodden characters are always going to be ones that people gravitate towards through empathy. Every successful TV show, The Simpsons more than most, is made up of fragments of the lives of hundreds of bit-part characters, perfectly chosen for any given situation. Watching through his parts you get that there’s an immense back story, he, apparently, was Mayor of Springfield, he had an affair with Lars Ulrich’s grandmother and he’s convinced he’s 31. I think as far as characters that deserve a full-length biopic go, he should be the top of the list.

What did you have him get up to in these images?

Andrew Ellis: Moleman’s just hanging out, I think he deserved a break from that constant misfortune. I’m probably going to extend the series beyond this particular day out and give a bit more context to my imagined world of his day-to day life. He’s taken the form of a whole host of people because everybody has Moleman days.

You grew up during the height of the show – what does The Simpsons mean to you?

Andrew Ellis: There’s an article going round about The Simpsons being the Shakespeare of modern America – there’s certainly some truth in its aggregation of modern society. Watching back through episodes from the first eight or so seasons, there’s so many jokes I missed as a kid. It’s just truly universal and always relevant. I think kids today and adults who grew up with it alike continue to look back at The Simpsons for its comic retelling of current events.