Expanding on the legacies of Japanese photography greats like Nobuyoshi Araki and Shōmei Tōmatsu, explore the exhibition ushering in the country’s creative new blood 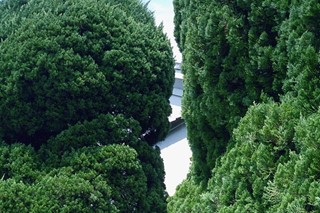 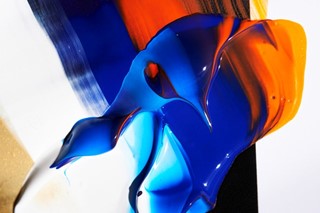 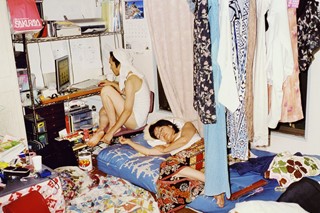 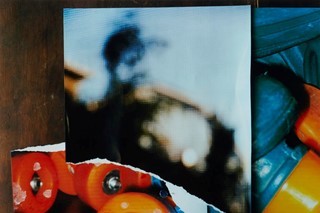 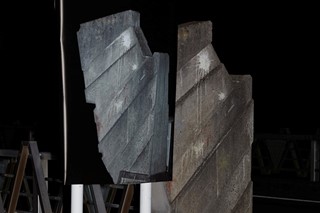 Distancing itself from the traditional post-war imagery of an era defined by Japanese avant-garde photography magazine Provoke, New Japanese Photography is an exhibition that sets out to challenge its audience. A clear transition can be seen from the “Are, Bure, Boke” – meaning rough, blurred and out of focus – style that emerged from Japan during the late 60s in the works of Nobuyoshi Araki and Shōmei Tōmatsu. Instead, what we are presented with are spacially aware, dynamic photographs that intertwine across a number of media platforms. Curated by SPACE CADET and STAY ALONE – two independent organisations at the forefront of Japan’s contemporary photography scene – this is an exhibition that showcases work from a variety of current and emerging artists, all keen to make their mark on the West.

New Japanese Photography places a heavy emphasis upon development and progression, “the great photographers of the past didn’t try to follow the style of their predecessors but rather they tried to renew it and sometimes even rebelled against them,” notes curators Masayoshi Suzuki and Yukihito Kono, “We can’t simply repeat the past, thus we believe that embracing new ideas is very important.” This renewal is depicted in many ways throughout the exhibition; while featured artist Naohiro Utagawa demonstrates this concept through the use of juxtapositional imagery, the likes of Mai Narita and Yuji Hamada combine off-the-hip photography with traditional japanese subject matter. We caught up with exhibition curators Suzuki (founder of SPACE CADET) and Kono (photographer and co-founder of STAY ALONE) who gave us an insight into the changing world of Japanese photography and what they hoped to achieve from the exhibition.

Why was it important to show this new breed of Japanese photographers and their work?

We felt strongly that lots of people in Europe still expect “Japanese photography” to be black and white with strong, contrasting images; the style of iconic photographers from sixties or seventies such as Moriyama, Tomatsu or Araki, even in 2014. We think that's just like saying the British listen to The Beatles and therefore you feel like you know what British music is like.

Something new and interesting is happening now. This gap appears because even though you have opportunities to see emerging Japanese photographers in Europe, it is difficult to know what is actually happening in Japan as a whole by simply seeing just one or two photographers work.

In what ways do the newer breeds of emerging photographers differ from the renowned post-war photographers such as Shomei Tomatsu and Nobuyoshi Araki?

Firstly, it seems that the sense of 'space' is different when comparing these photographers. Although little-by-little Japanese photographers are beginning to show their work three-dimensionally or as an installation; they don’t simply show framed “original prints“. This concept is not restricted to Japanese photography and comes as a result of the digital revolution, whose impact was huge enough to change the basic concept of photography.

The place where you could show your works were limited to galleries, magazines or, as seen in Japan, by creating a photobook. Today we have the internet and we can upload and share the work or everyday snapshot instantly via social networks or blogs such as twitter, instagram, facebook or tumblr. Accordingly, you can take very high-quality images using an iPhone which raises a very basic question, what is a good photograph?. While some try to focus on the visual aspects and aesthetics of photography, others focus more on conceptual aspects than they did before, which makes a big difference.

“You can take very high-quality images using an iPhone which raises a very basic question, what is a good photograph?” – Suzuki and Kono

In terms of the future of Japanese photography, do you believe it is important to be influenced and reflect upon the past as well as embracing new ideas?

It’s sometimes good to show the influence of the work strategically in order to make reference to the context – as Japanese culture is highly-contextual – and thus it's sometimes hard to understand for people from other cultures. We don't think we need to be too conscious of this however, nor do we need to look back all the time because whether we want to be or not, we are always naturally influenced by them.

It’s a very organic circulation, as it has been in the past; the great photographers of the past didn’t try to follow the style of predecessors but rather they tried to renew it and sometimes even rebelled against them.

What kind of themes and ideas tend to be most present in the works you've chosen?

t’s difficult to identify a trend but as you can see in the work of Nerhol, Taisuke Koyama, Kenji Hirasawa, Koji Kitagawa or Go Itami, some photographers tend to approach photography in a more phenomenological way. It’s about our gaze, our perception of images and reality; how we see photographs and recognise them whilst asking 'Is what we see what we really think?'. Also, since shooting, developing and printing are not direct processes of creation because of the digital revolution, it seems that terms such as “process” or “corporeality” are also key ideas. This is obvious in the work of Yokota or Kenta Cobayashi, for example, where the layers under images are becoming more complex. There are also many Araki-style intimate photographers, not just repeating the past but adding something new as we mentioned above, using the effect of colors or strong concepts to create something different.

Is there a particular featured artist that we can expect to see big things from in the future?

Suzuk: Last year, I managed to meet many internationally renowned young Japanese photographers such as Yokota, Daifu, Hosokura, even though I was in London. I anticipate that there will be more opportunities for Japanese photographers to come to Europe to show their work in the future. For this exhibition, Naohiro Utagawa is coming from Japan and he will set up an installation in the gallery just before the show. This passion to make new work seems to be one of the key factors that attract international attention.

Kono: Some of the artists that Suzuki mentioned are already recognized internationally at this early stage in their career. When I think about an up-and-coming artist, I feel that it’s going to be someone who always challenges themselves to renew their style, not being passive and just doing the same year after year as Suzuki says. Among them, Hiroshi Takizawa and Kenta Cobayashi are becoming known internationally these days for their creativity and new persepctive of photography. In addition, I’m always intersted to see how renowned artists whose style is very iconic – such as Yokota and Daifu – are going to renew and develop their style in the future.