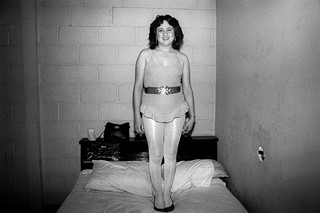 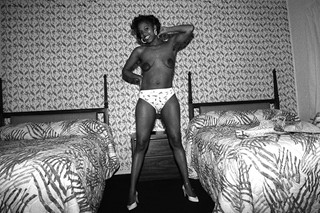 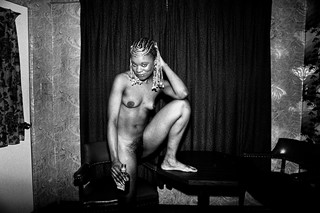 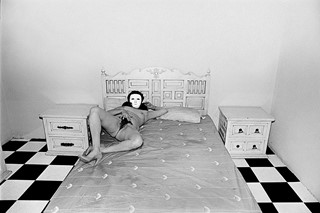 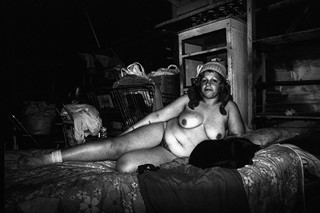 Moving out of his father’s darkroom and into the underworld of “two-to-ten-dollar prostitutes”, photographer Scot Sothern has delved into California's gritty underbelly via Hollywood’s cheap motel rooms and dark alleys. “In 1985, I began a photo series of street prostitutes in Los Angeles”, he tells Dazed. Twenty years later, his Lowlife black-and-white portraits remain a brutal and honest celebration of gritty everyday life at the edge of fading Sunset Strip's dreams. Trini, Dixie, Cheri – prostitutes Sothern met, paid, drank or slept with. “Anyone could offer them 10 bucks to take a brick in the face and they’d hold out their palms.”

Ahead of his first NYC show at Daniel Cooney Fine Art, we catch up with the artist – and the man behind the lens – to revisit his involvement with the series and talk his self-confessed love for LA “in the dark and quiet hours.”

Would you talk us through the series a little bit?

Scot Sothern: In 1985 I began a photo series of street prostitutes in Los Angeles. I made photographs in crappy motel rooms in Hollywood and empty lots and alleys in Skid Row. It began as a bit of a lark and became an integral part of my life.

How does it feel to show these images more than 20 years after they were taken?

Scot Sothern: It took me twenty years to get the photos and stories noticed so in a way it still seems new to me, like I just did it, and I do still go out shooting now and again. I still enjoy driving around Los Angeles in the dark and quiet hours. Sometimes it’s just nice to take some pictures and hang with a whore for a little while.

You’re originally from Missouri, how did you end up photographing prostitutes in LA?

Scot Sothern: My father was a portrait photographer with a studio in Springfield, MO. I grew up in the darkroom and behind the lens and always worked as a photographer. In high school, in the 60s, I discovered two-to-ten-dollar prostitutes. I liked the sex and the thrill factor, you know. Hanging out in areas I wasn’t supposed to go into. In my thirties I began going to prostitutes again and I had a camera around my neck, so it just happened.

The portraits from Lowlife are not only about the people in them, but also­ – if not especially – about you, as an artist and a man. How do you think your personal involvement is showing in the work?

Scot Sothern: I’ve exposed myself as much as anyone in the photos, you know. I hope my politics are in every picture and I hope my empathy shows through. The pictures are me, through and through.

How do you organise your shoots?

Scot Sothern: It’s all improvised, it’s something I’ve been doing since the 70s, taking people I’ve never seen before and putting them in front of a background and building a nice composition. I picked up hookers and paid them and set up the pictures wherever we ended up. I enjoy throwing a picture together in a moment. I’ve always worked alone and I never shot the same person twice or met them again after the first time.

How do you relate to the fact that people may interpret your photographs differently from how you had originally conceived them?

Scot Sothern: Overall if the work kicks someone in the nuts, now and then, I’m happy.

The photographs from Lowlife show a really honest and raw take on beauty, sex and life. Is that how you would describe your approach to the world around you?

Scot Sothern: I try to be honest with my work and my life. There is nothing I’ve done that I wouldn’t admit to, though that doesn’t mean I’d do the same things again. It’s not so much that I’m drawn to the raw and gritty as it happens to be where the camera has always led me. Real beauty, for me, has always had an element of melancholy.