Coco Young talks Greek mythology, self-obsession and the perception of beauty as she launches her debut photo book 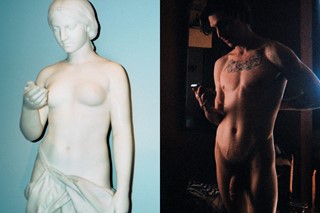 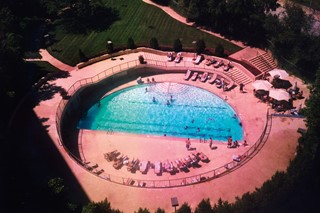 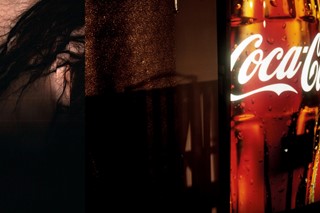 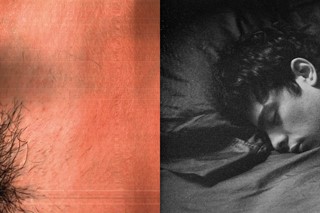 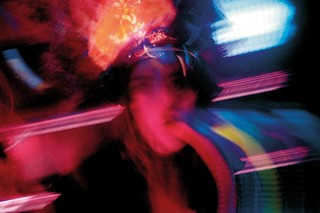 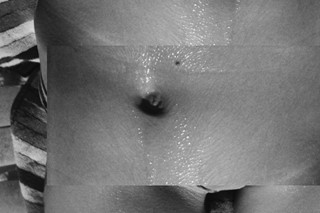 “One's identity on the internet is another layer that our generation must deal with, and there is usually a large gap between the ‘real life version’ and the ‘internet version’”, riffs model turned photographer Coco Young who is single-handedly exploring our obsession with beauty through her first publication Vanity. Having previously worked as a model, Young calls upon her insider knowledge, exposing the subject’s fickle ideologies while capturing the modern day importance of an image and echoing our obsession with social exhibitionism. As a nation, we’re consumed by an all-encompassing world of selfies, hashtags, Instagram edits and Facebook streams – an image is no longer sacred, reserved for the family album. Instead, today's image is an incarnation of not only beauty but of a person’s entire self-value.

Swapping an HTC for 500 BC, Young taps into both the modern and mythical by referencing the Greek hunter Narcissus. More Kimye than classical history, it’s a tale of a God so egocentric he falls in love with his own reflection, ultimately (spoiler alert!) drowning in it. Permeating through Young's imagery is another metaphoric connection, this time with water. Just like the beauty that came before our modern day technological obsessions, where our first instinct is to “pop a filter over it”, Young perceives water as a once abundant natural source that – just like beauty – is now mined and manipulated artificially. Below, we catch up with the photographer to chat narcissism, mythology musings and self-identity.

Vanity explores the constructs of identity – what image suits your identity most?

Coco Young: One's identity is very complicated and forever changing. There is how I perceive myself today and how others perceive me today, but tomorrow this might change. A human being is very complex and multi-faceted. One can either go with the constructed identity that is expected or subvert it. Sometimes one's constructed identity governs how one views him or herself. I am currently struggling with my identity of still being perceived (on the internet) as a 'model' and 'muse' even though I haven't modeled or posed for anyone in years.

With your industry knowledge, in what way do you think fashion’s perspective of beauty has impacted on our vanity?

Coco Young: Fashion grants the illusion of beauty. It gives people the confidence to be vain. I believe it reflects more on a lifestyle than on one's beauty since beauty is subjective.

Which do you think drives us most to be vain: fashion or technology?

Through selfies, social media and technology we have all become a modern day Narcissus – how are these variations of vanity portrayed in your images?

Coco Young: The analog portraits in Vanity illustrate the constructed self, the illusion of immortality and eternal youth, while the digital skin scans represent the real self and it's perishable physicality.

Your images have an aquatic feel to them, where does the metaphor of water tie in with vanity?

Coco Young: I use the water imagery in Vanity as a metaphor to describe the liminal space between true self and constructed self. Water reflects but also distorts. Water also composes about 65 per cent of our body that slowly decomposes as time passes. Ironically its consumption is often associated (in advertising) with beauty and youth. In addition, water, a natural resource, has been branded and sold; just like the body in the fashion industry.

Interestingly, your book has a variety of analogue and digital images – what made you use this combination?

Coco Young: This combination illustrates the end of a phase and the beginning of something new. Since making Vanity, I have not touched a camera and instead have been working on a body of work which uses these digital skin scans as a starting point to create 3D works.

You told Richard Kern that your brain shuts down, and that it’s almost an ‘automatic’ procress for you. What made you choose the subjects and was there an automatic instinct to shoot?

Coco Young: Most of the subjects in Vanity are friends of mine and were shot mainly because they were there at the right time. But for the editing of this body of work, my publisher Maxwell [Anderson] and I made sure to select moments and portraits that would be universally considered "beautiful" for the purpose of this conversation on "vanity" in my book.

What made you decide on the altered body scan composition?

Coco Young: These body scans have actually inspired my new body of work with sculpture. I had a desire to take something flat, such as the surface of the body and apply it to a new 3D form. In Vanity these body scans help me remember the "true self" amongst the constructed images. We are all human beings with scars and moles and pores. A photograph can only immortalise a constructed image, while the true self will one day die just like everybody else.

Do you think there is an aspect of vanity in photography? For example, are your photographs a projection of yourself?

Coco Young: My photographs encapsulate the beauty I see everyday. By editing through images of "beautiful things and beautiful people" I was mimicking the act of capturing one's best angle when taking a self-portrait. Photography is selective and therefore has the potential to be used to promote one's vanity. But there are plenty of artists who use photography for the exact opposite reason. Walker Evans for instance, photographed social injustice during the Great Depression, but beauty sometimes appears at its strongest when you least expect it.