It seems like street photographers are a dime a dozen these days, and with everyone wanting a slice of the curb-side action you better get your story straight. With a trigger-happy, candid quality at its core it can be easy to shoot street-style and lose your message, which is why ex-Dazed bod Sophie Wedgwood's series Hanoi to Havana is a soon-to-blow diamond in the rough. The series, which explores the backstreets and boundary lines of some of the most underpriviliged areas of South America and Asia, has that instinctive essence so unique to street photography that collides with the heady lethargy of Wedgwood's subjects. Taking her cues from the greats like Alex Webb and Jim Goldberg, she injects a powerful social commentary into her work, never trading too hard on the 'poverty porn' card so many street photographers jump at somewhat disingenuously. Still fresh to the game, we've got the scoop on the first in this ongoing series on foreign street cultures. 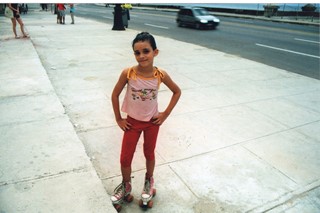 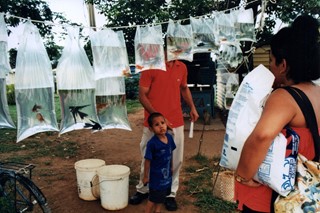 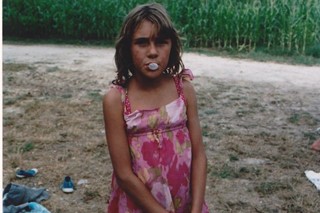 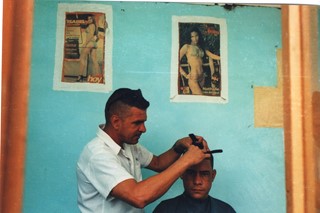 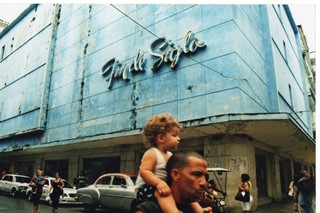 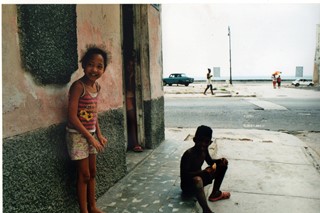 Fill us in on your photography background? What first made you want to start shooting?

Sophie Wedgwood: I couldn't say when I first started taking photos, but my mum always had old film cameras and disposables lying round the house and I guess I took to it rather intuitively. Then as I got older and began travelling more through Italy and France, I think I was confronted with so much culture and lifestyle that was foreign to me I felt it couldn't go 'unphotographed'.

You've travelled a lot – where did you find the most exciting street scenes and cultures?

Sophie Wedgwood: I'd love to travel more, each time I return and get the photos developed I always think 'oh, I wish I did this like this' or 'I wish I didn't do that'. But it's all learning and it's good I suppose. I really enjoyed travelling to Vietnam (and China, for one day) the scenes there are really different to anything I've photographed before. The dilapidated colonial architecture, the street vendors, just the speed of everything. I loved Cuba too. I found the two countries fairly similar; the soft presence of socialist propaganda and a turbulent history with america.

Your photos are very candid, is your style pretty spontaneous?

Sophie Wedgwood: As with any kind of art, well, not just art, but anything, a small percentage of it has to be down to luck, as you cannot dictate everything, even in the most controlled environment. I enjoy the spontaneity of this kind of photography. Something totally unique is created from capturing these scenes. So much happens in the space of one photograph and sometimes I'll look back on photographs and notice bored kids playing in the background or an old beat up sedan passing by which had happened to come into shot. Often it's better when the subjects are unaware, relaxed or simply don't care. You get a much more natural impression of a place, more honest. I didn't want to stand someone up against a wall and create a severe portraiture series.

You shoot very deprived neighbourhoods – are there any particular statements intended behind these shots and did you see anything when you were shooting that particularly alarmed you?

Sophie Wedgwood: It's interesting you say that, because in the countries themselves, they were not seen as deprived areas, they were simply where everyone who wasn't super rich lived. It's only by our own standards that these places seem deprived (and by our standards, I suppose they are). I found there were very few homeless people in Vietnam, for example, however the general standing of living is fairly low. I don't think my photographs dictate a certain image or statement to an audience, each photo can be interpreted as you like. Photographing people on the streets of their neighbourhood often there is an instant image of deprivation. I guess for the children those streets surrounding their homes become the boundaries of their playground, yet to an audience the image of barefoot children playing in an 'unsafe neighbourhood' informs a different perspective.

Who do you find is breaking boundaries where street photography's concerned, any people who have particularly inspired this series?

Sophie Wedgwood: I really love Alex Webb I recently got his book The Suffering of Light, and it's incredible, it's hard to believe that some of his pictures aren't staged. There's one in particular photo of US border forces detaining a would-be illegal immigrant in Mexico which is just amazing. It looks like a film-still. There's also a book by Jim Goldberg called Polaroids from Haiti, which is also amazing.

What's next for you? Any dream locations or cultures on your to-do list right now?

Sophie Wedgwood: I'd love to go to anywhere I can really, I'm going to France for a week or so soon, so hopefully I can get some nice ones there, maybe slightly different to the Vietnam or Cuba photographs. Apart from that, I'd love to visit the Middle East and North Africa, potentially, I could be in the US for a few weeks in the autumn.