As part of our new summer US project States of Independence we've invited our favourite 30 American curators, magazines, creatives and institutions to take over Dazed for a day. This week, State of Sex takes an all-encompassing look at sexuality, gender and all the flavours of the American rainbow.

As an American erotic print magazine with a literary bent and an aim at maturity – in more than one sense of the word—we can’t help being compared (and comparing ourselves) to those seminal rags of the 70s: VIVA, WET, Evergreen Review, and even the most obvious, Playboy. Nor do we mind, because "the 70s" was a far more complex and conceptually rooted decade in US eroticism than its free-lovey representations would have you guess. Here, as a perfect example, we bring you the work and philosophy of California photographer Jo Ann Callis, who at age 64 has just put out a book of the enigmatic images she made between 1974 and 1977, most of which had never been seen. 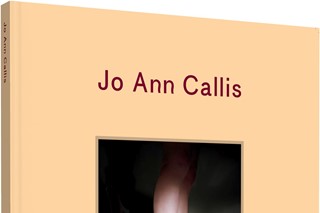 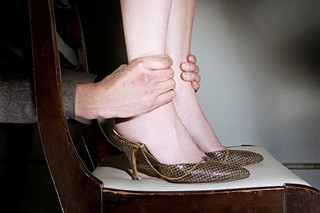 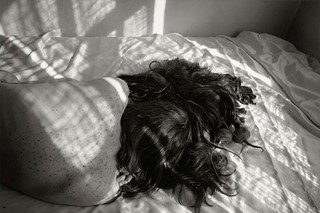 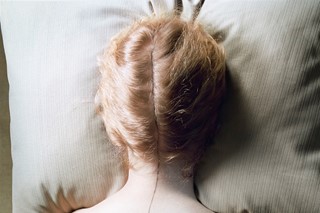 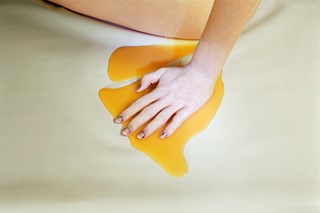 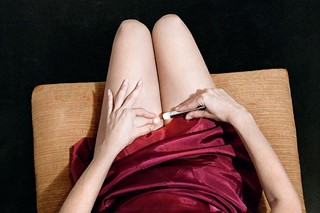 Callis came to her camera at 23. Already married with a family, she began taking night classes in visual art, eventually enrolling as an undergrad at UCLA. Although some might connect the spark of feminist critical ethos to Callis' hotly staged oeuvre, it was actually the development of color photography – in particular, Paul Outerbridge’s experimentations – that most informed her early forays.

Callis helped pioneer studio photography into its full, chromatic potential. She was also among the first to blur interiors with interiority in a manner both canny and unutterable, like the moment a song shifts from major to minor key, or a scene from a dream in which you can’t name the face, but know exactly whom you are with. Her pictures aren’t coquettish; there isn’t any cheekiness to her suggestions. There is only an odd arousal, an absolute command of the strange.

I spoke with Callis about her pictorial vocabulary, the poetics of photography, and her new monograph, Other Rooms (Aperture).

Other Rooms holds 55 images that were all – save one – made in the mid-1970s, when you were a student of Robert Heinecken’s. How did the series develop?

Jo Ann Callis: There are two series: one in black-and-white and one in colour. At the time, black-and-white was considered fine art and colour was reserved for magazines and advertisements. Certainly Eggleston and others were working to change that, but (those photographers) were making landscapes. I wasn’t interested in that. I began by making pictures in interiors and about interiors – pictures about feelings, and emotions, and relations. My interior life, or I should say one’s interior life, not just mine.

Why this body of work? Why now?

Jo Ann Callis: Some of the pictures had been published prior to this, but most I put away because I just felt... I don't know, I got shy about showing them. I was teaching at a more theoretical school (CalArts) and I felt the pressure to conform to what I thought was acceptable and what was privileged at that time. I was much younger then; I really was afraid of losing my job.

Now, of course, I am older and some things don't matter as much. The climate now is much more accepting of everything. Things still go in and out of fashion: large prints are in, but that will pass and small prints will come back; digital prints are in, but then what's hot is handmade prints and negatives. All my work has to do with the same ideas, repeated in a new way. There’s a familiarity, but also a challenge. People don’t seem to realize this and they rush to proclaim something new and exciting.

Still, it must be gratifying to see your work reinvented. The book becomes a different object, a work within itself—something that's of you but extends beyond you.

Jo Ann Callis: The printing too is phenomenal, and I have Matt Harvey at Aperture to thank for that. These pictures are being made into an exhibition at Rose Gallery, and there again curation makes the show its own creation. I don’t need to dominate the way a book of my photo is made, or the way a show of my photos is hung. I can let other people have ideas. Well, of course I got lucky, in that these are people I respect, and I like what they do.

You’ve mentioned that you often don’t photograph faces, so the viewer won’t project a narrative (or an ethnography) onto the model. Instead you drop subtle hints – a taut line, a shadow, a twisted limb. These calculated gestures leave viewers a lot of room to enter those associations and seep in that mysteriousness. What compels these choices?

Jo Ann Callis: It’s hard to describe because it’s sort of second nature. Drawing a line – that’s very specific. It relates to how something might feel – you draw a line from the top of your hairline down to your scalp, that’s where all the nerves are, that feels really good, it gives you chills, it’s a very pleasant sensation. It also looks good photographically. The idea is what would feel good and what would look interesting. How do you confer something without actually saying it, how do you connote a feeling through a specific activity that just alludes to that sensation but doesn’t show it exactly?

It’s like the distinction between prose and poetry: one is telling and one is showing. In a way, looking at your pictures is like reading a poem – you have a certain arousal that isn’t triggered by a specific line or reflex, but rather is accrued via the arrangement of sensations.

Jo Ann Callis: That’s exactly right. And I think when you say something is poetic; it’s usually pejorative, like “Oh god…” and people roll their eyes, “that’s so poetic.”

True. Or “lyrical”. That’s the worst!

Jo Ann Callis: (laughs) Lyrical is a little better. But trying or expressing yourself in those ways. Your vocabulary is the lighting, it’s objects in a room, it’s everything you have available to you to make a picture. And for a poet it’s words, and the order of the words, the look on the page, the sound of the voice. All that goes into creating an experience.

Right, and how that experience resonates shifts from viewer to viewer. When you were making this work, as you mentioned, you put it aside out of concern for how it would be read. Do you still consider others’ reactions?

Jo Ann Callis: Viewers’ reactions to the work always depend on their own point of view, together with what’s happening in the culture. Things have changed a lot – or have they? I don’t know. When I was making these images, in the late 70s, there was so much political rhetoric around feminism and objectification and the female body. Today that taboo has lifted a bit, because people are more educated about what they are looking at. You don’t have to see it all one way. The nude female body isn’t inherently exploited; it’s more complicated than that.

I can’t be conscious of things like “the male gaze” when I am shooting. It’s only afterwards that I know what my intentions were, and I am not naïve about how people might interpret these images. But any interpretation is in part a product of the time. As an artist, it’s hard to be making work over forty years. With the work I feel like making, I have to let everyone else worry about it, if they care or pay attention to it at all. I can’t second guess all of that. If this is what I want to say and this is the way I know how to say it, then this is what I am going to do.

Click here to pre-order the second print issue of ADULT, on stands August 21.