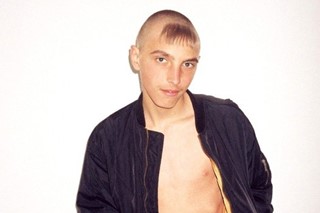 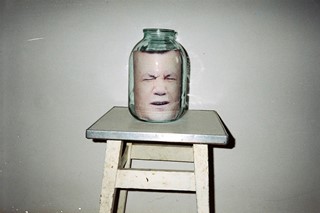 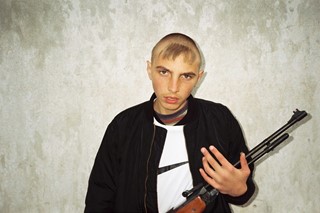 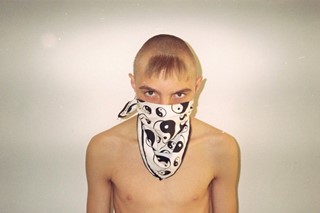 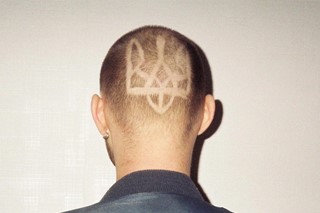 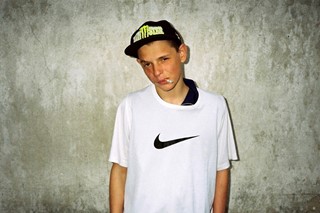 Ukraine is going through a rough patch right now. The country is on the brink of civil war with loyalists and Russian-supporting anti-government separatists facing off in bloody battles throughout the capital Kiev. A few weeks ago, we featured UK-based photographer Tommy Sussex’s documentation of the frontline around the time of President Viktor Yanukovich’s fleeing – a catalyst in the state’s spiral out of control.

For the people of Ukraine though, not all is grim as the art collective Gorsad prove. Based on the outskirts of Kiev, the young three-piece, made up of two guys and a girl (Victor, Julian and Maria), embody the side of Ukraine that you don’t see in the mainstream media. Their youthful photography contrasts the devastating incidents that are plaguing their home country, yet the rawness of the imagery is synonymous to the DIY video footage seen on the frontline of the street battlegrounds. Here, we chat to the collective about life in their mother country and what inspires them to create such striking photographs.

Gorsad: Literally translated it means "urban garden". In Odessa, there is a place called City Garden. We associate with this place because of a very funny and a really symbolic story. We don’t wanna tell it, because we are afraid of karma! (laughs) For this reason we did not even hesitate to call our group Gorsad. We're actually old friends and we’ve known each other about 8 years. We studied together, but each of us were creating something of our own. We then released that God has commanded us to be united. We are too similar in our tastes, beliefs and preferences, so why not join forces and ideas?

You’ve said before that your main goal with your art is to cause a desired emotion. What is your favourite emotion to stir up, and why?

Gorsad: It's probably not even an emotion. It’s a mood. We want to convey a certain mood and taste of youth. The older we are, the more conservative we become and it's very sad. Permissiveness of youth is exactly what heals, even in the most difficult situations.

Normal people rather than artists that inspire your work. Can you give some examples?

Gorsad: Examples are everywhere! It may be totally unpredictable and original character. We are inspired by those people who do not create stress and do not aspire to be somebody. Simplicity and directness are great features that are very difficult to falsify.

Your subjects are mostly strangers. Are they ever sceptical about being involved in the projects?

Gorsad: Each subject is different. All the people were photographed very willingly. But the reasons for each of them is personal. Some just want to hang out, some are interested to see the results and some don't care. We do not work with professional models and always try to find the real image. It’s much more interesting to find some freak or an outsider and come up with something with it.

You’re based on the outskirts of Kiev. Has the recent disruption inspired any of your most recent works, such as the AK47?

Gorsad: The situation in Ukraine, in any case, has an impact on all of us. In spite of that fact that our art is quite apolitical, we love our country and our people. Especially when Ukraine is on the brink of war. Whether we like it or not, the topic of militarisation is seen in all spheres of life.

What do you think of the unrest and violence?

Gorsad: These qualities are inherent in unhappy people with low self-esteem.

You’ve recently had a showing in Berlin. How was that?

Gorsad: I guess it was cool, but unfortunately we never got to Berlin, in view of the situation in Ukraine.

What are your future projects?

Gorsad: This is the most difficult question as project ideas arise spontaneously. Planning is not exactly about us. We do what we like. We just have fun.