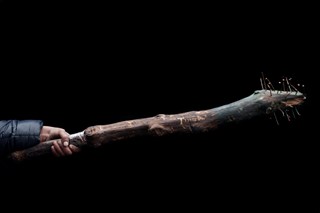 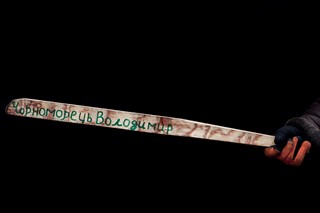 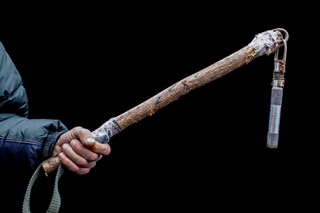 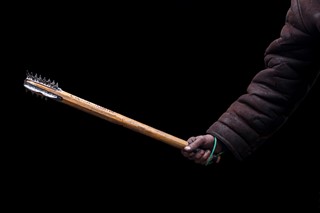 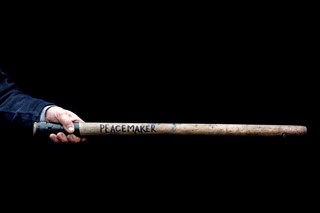 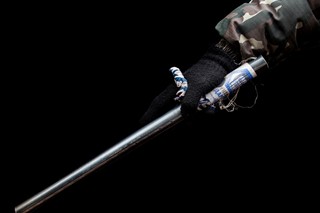 Yesterday news broke that Russia has deployed 10,000 troops on the Crimean border, further deepening the crisis that engulfs the region. Today, there have been fatal clashes in Donetsk, a city in the eastern part of the country. Ukranian Prime Minister Minster Arseniy Yatsenyuk has accused Russia of wielding unacceptable levels of "miltary aggression" with "no reason and grounds". What do people need to fight a war? Weapons. What if you need to fight the war but you can't get hold of weapons? Make them. British photographer Tom Jamieson spent two weeks out in Ukraine taking pictures of the revolution. He came back with a stunning array of photos that represent the DIY nature of the rebel cause.

"The weapons, the armour and the barricades – it was all DIY, made out of odds and ends, bits and pieces, all of it completely useless against machine guns, grenades and snipers. People were wearing body armour made out of thin sheet metal and blocks of wood. It was young men presenting themselves, they wanted to be seen to dressed up. It was a pride thing, they were saying what they wanted to say with these very visual weapons.

A lot of the weapons that I shot were all quite personal, they had inscriptions on them and people were keen to tell their stories – how they had used them in a fight, what they'd done with them, people they'd hurt. In the pictures you can see tape on some of the weapons, around the handles. That's where people, grinning, claimed they'd broken someone's legs or smashed someone over the head. The first picture is a club with all the nails coming out of it. The guy who had that was a very big, gnarly type of character, highly aggressive. I didn't doubt that he'd used his weapon, it's one of my favourites, although I really like the one with the inscription 'PEACEMAKER' on it.

At night it could be quite intimidating, people brandishing these clubs, wearing balaclavas, some wearing eye patches and bandages. But the protestors wanted the media there. It was the police that were scary.

These protestors reminded me of Mad Max, or gangs from The Warriors. The weapons may appear medieval but the way they carried them had a real sci-fi element. It's a gang thing. There were a lot of different factions of protestors – some more violent than others, some with much better weapons. They'd normally be organised depending on the towns that they came from. The whole rebel movement was extremely well organised. It was regimented, with recognised leaders of each section. They'd train, march every morning, do hand to combat practice – they called it Maidan Self Defence. The place that manufactured the shields was incredible. They stole a shield from the police and copied the template exactly, it was a real factory setting.

It's fascinating out there, a European country in a dire state, but also in a state of transition. These people really believe in what they're doing. Ukraine is corrupt from head to toe. You speak to young people who'd have to bribe their teachers to come in, then pay them to teach, then pay them to pass their exams. The corruption is endemic.

These weapons are inadequate against guns, but there's a beauty to that. They're pieces of art that symbolise and represent their anger rather than being tools that will win the war."