King of the streets and master of cinema, NY-born, Paris-based William Klein is still going strong… 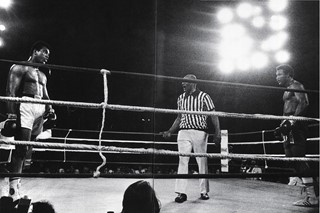 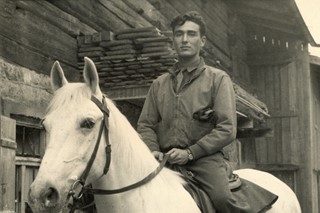 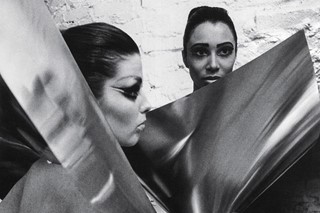 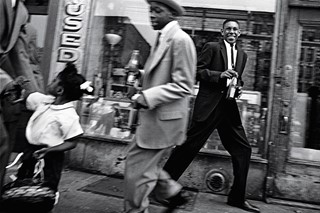 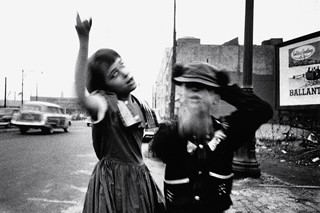 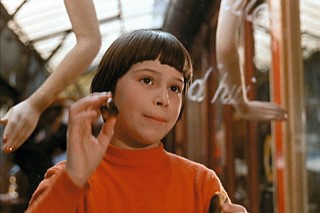 Taken from the January issue of Dazed & Confused:

I was born in the last house on Fifth Avenue, on 109th Street and Fifth Avenue. It was kind of a middle-class semi-dump. All we had was the radio. We had no record player and of course no television.

My grandfather came from Hungary and he had a clothing store. My father inherited it, invested the money in the stock market and lost it all in 1929. Then we had to move and I ended up on 108th street and Amsterdam Avenue, which was even more of a dump. My mum didn’t work but she helped my father. He became an insurance salesman, like Willy Loman in the play. He was a guy trying to make a few bucks who thought America was the greatest place on earth and that he was gonna make it someday – but he never did.

I went to school like everybody else. The thing was, in my family – you know, a lower-middle-class rich family – you’d have to get good marks and get into a high school where you could do the four years of high school in two and a half, especially if it was part of City College. City College was free, but it was hard to get in. It was really nothing like the American vision of college – no campus, no girls – it was just somewhere to get an education. I got a degree in sociology, but I wanted to be an artist.

I was drafted, but by the time I got into the army the war was over. I had wanted to get drafted to go to Europe – just any way to get out of my family, out of New York. My idea was to go to Paris and be part of the lost generation. I started to look around to see where I would study painting, and at that time there were just a few places you could go, like Beaux-Arts, and there was Fernand Léger,  who had a studio where he accepted students, and I went there. I mean, there was really not that much choice, but Léger’s was a big deal.

“When I showed the photos to some editors I got to know through Liberman, everybody backed out: ‘This is not New York – these photos are shit. We can’t publish a book that shows New York so anti-American and grungy’”

He was a big name, but not fashionable. The fashionable painters were Picasso and Matisse and Paul Klee, but Léger – who more or less revolutionised French painting – was a communist, and his idea was to do murals. He said, ‘All you 20-year-old geniuses, you should get into outdoor murals like me.’ That was his credo, and that’s what we followed.

I dug Paris – I thought it was so much better than New York. I got discharged but there was a deal where if you found a girl to marry, the government would pay for her trip to New York and give her a visa. Since I was in Paris from 18 to about 22, that’s what I did. So I went back to New York to see the family and to show off my French wife. That stay in New York confirmed that Paris was 100 times better.

After the war, Paris became a second-rate city as far as art was concerned. So when I had the opportunity to exhibit in Italy, I jumped at it. I made a wall out of six interchangeable panels on rails that could – like toy trains – roll through the room, cut the space in two or make a mural on the wall. I painted these panels and a magazine called Domus published them. Alexander Liberman saw the show and said, ‘How would you like to work for Vogue?’ I said, ‘Doing what?’ and he said, ‘I don’t know, you could be an art director or something. You could do photographs or do what I’m doing – put on a suit during the week and go down to the office and paint and sculpt.’

He gave me a contract right off the bat. I didn’t make much but it was enough to live on, and there was also the possibility of having my work financed. He asked me what I wanted to do and I said, ‘I’d like to go back to New York and do a photographic journal on the way I see New York after having lived in Paris.’ I didn’t know much about taking photographs, actually. When I was a kid, I always felt the Big Apple didn’t have any bite, but once I had a camera I could say what I wanted about New York, about America. But when I showed the photos to some editors I got to know through Liberman, everybody backed out: ‘This is not New York – these photos are shit. We can’t publish a book that shows New York so anti-American and grungy.’

There was a pocketbook of travel, Petite Planète. The guy who was running it was Chris Marker. He said, ‘I really dig these photos. You want to do a book, we’ll do it. And if they don’t do the book, I slam the door.’ Because this publishing house was square – they had never published photographic books. They made their money publishing Catholic, boy-scout songs. This was the first book they ever put out and it was 100 per cent thanks to Marker, who was actually a patron of the arts. He helped a lot of people get started, and I was one of them. The book won a prize called the Prix Nadar.

“I said, ‘Okay, I’ll come to Rome.’ Then I discovered that Fellini was a bullshit artist and he had about eight assistants and he didn’t need me”

Zazie dans le métro (1960) was directed by Louis Malle, who was very inventive and had his life all over the place. He saw my book and thought I could be a photographic consultant for the film. Everybody looked at me like, ‘Where’d this schmuck come from?’ I discovered quickly that there’s only one person who decides anything on a film: the director. I was a big fan – a groupie, even – of Fellini. In those days, you could call up somebody in a hotel and say, ‘I’d like to speak to Fellini,’ and they would say, ‘One moment, please.’ So I went to see him and said, ‘I have this book.’ He said, ‘I really dig it. Why don’t you come to Rome and be my assistant? If I’m sick, you shoot.’ I was still a kid, about 24, 25, and I said, ‘Okay, I’ll come to Rome.’ Then I discovered that Fellini was a bullshit artist and he had about eight assistants and he didn’t need me.

I figured that if I was going to do a film, it couldn’t be on any old subject. I thought the fashion world was a subject you could really go to town on. Who Are You, Polly Maggoo? (1966) was a very sarcastic, ironic film. I never really got along with the fashion people – I thought fashion was bullshit. I also thought the people doing it were second-rate.

I wanted to do a film on boxing, on how a championship fight could polarise the whole country. I contacted a producer and took a plane down to Miami, where a fight between Cassius Clay and Sonny Liston was going to take place. There was one empty seat and nobody wanted to sit next to this guy. It was Malcolm X. Everybody knew Malcolm X because he was on the cover of Life magazine, saying: ‘We’re going to eliminate all these white devils.’ He was the bogeyman, and I was fascinated. So I asked if the seat was free. We spent two and a half hours talking and he was intrigued by me, a Jewish filmmaker and photographer, getting involved with Black Muslims and living in Paris. So he spread the word with Cassius Clay’s camp that I was okay.

You know about the fight between Clay and Liston? When he won he announced he was changing his name from Cassius Clay to Muhammad Ali. I consider him not only the sports hero of the century, but the American of the century. It’s an amazing story. But there you are.”