Anarchist protests erupted when the Pope visited Brazil. Pedro Bayeux captured it for us 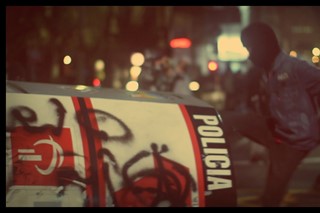 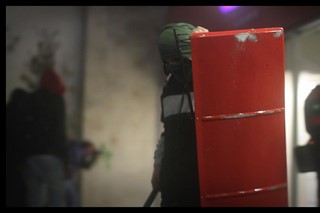 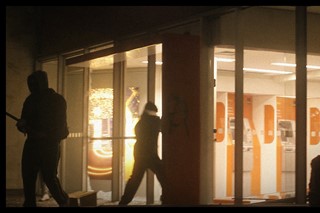 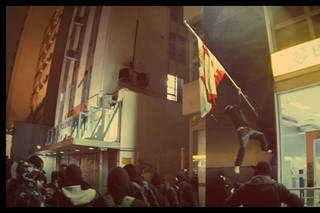 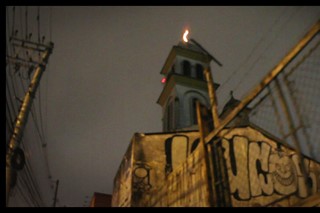 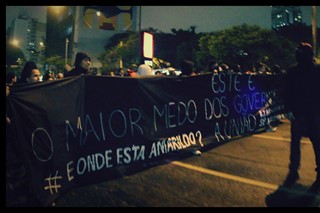 Pedro Bayeux is a photographer in Sao Paolo, and here documents the recent clashes between police and protestors at the Pope's visit. While the mainstream media focused on "a Catholic rave", online comentators wanted to document the pro-secular demonstrations protesting against governor Serbro Cabral's violent police force. Forming the "Ninja Media", they broadcast the activities from mobiles, and were arrested, one after another, for inciting violence. "Surrealism was in the script," Bayeaux told us. "We could see infiltrated police throwing molotov cocktail and trying to blame a kid.It was almost funny, if not tragic: Black Bloc's discovering P2's (Police Spies). Visually, it was like "Rambo" trying not to be a suspect in a yoga class."

This series of photos illustrate a protest which happened a few days later, entitled "if you mess with a carioca, you are messing with me" (carioca slang for people from Rio de Janeiro). Targeting banks and luxury car stores, anarchic Black Blocs were also on the scene. Bayeux describes the terror and confusion like so: "On the path, in a busy avenue, a car from TV Record, a television channel owned by a christian group, is founded. Rush. A guy, with a inseparable fire extinguisher, is one of the first to attack. It's a riot. Sounds of sirens. The police arrive. Tension is on the air. The latest chapter of this night is formed by tear gas, aesthetic terrorism, raids and chaos (I mean, everyday life is a chaos here, so, another paradox?)."