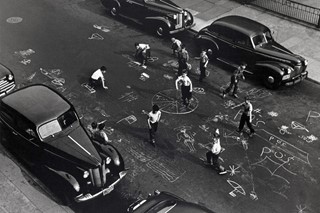 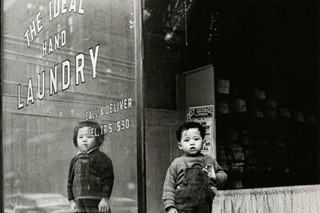 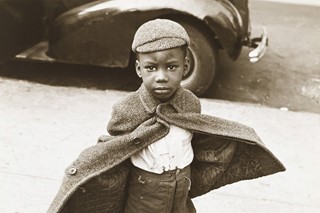 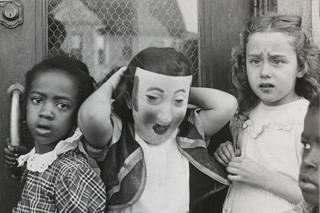 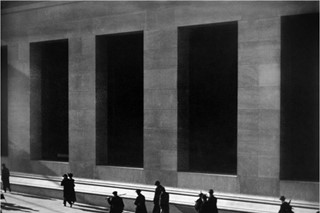 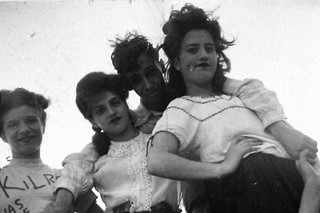 To celebrate the rise of one of today's most important branches of photography, and to help put you in the mood for the Nokia Lumia 925 Low Light Photography Competition, we look at some of the radicals inspiring American photography. If this gets you fired with enthusiasm, you can enter the comp right here. Up for grabs is a Nokia Lumia 925 camera phone with low-light capabilities perfect for the demands of street photography, a trip to New Zealand and a photo spread in Dazed & Confused.

Only one year after an infamous mass lynching in Georgia in 1946, a young and inexperienced New York photographer by the name of Vivian Cherry grabbed her camera and headed towards East Harlem to take pictures for a course assignment. After roaming the streets for a while, she came across a group of children tugging and pulling at each other in what appeared to be a friendly game of lynching. The boys – black, white and Hispanic – took turns playing the victim, dropping their heads to the side and simulating a dangling motion as if hanged by a rope. Shocked, Cherry pressed the shutter, freezing the harmless yet intensely socially and politically charged moment forever.

Cherry’s Game of Lynching images were, and still are, chilling to take in – radical in any context but particularly so when seen in light of a post-war America riddled with anxiety about political criticism and social commentary. They also encapsulate the vision and work of the Photo League, the progressive collective of amateur and professional photographers who Cherry was a student and member of. Founded in 1936 by Sid Grossman and Sol Libsohn, the Photo League was born in the era of the Great Depression and the New Deal, when poverty and social problems were too deep and consuming to allow any public commitment to art and aesthetics to flourish in a crowded city like New York. However, while the Photo League set out to document social conditions, it would turn out to champion photography as an art form in the process.

The League had its origins in the Communist-associated worker's photography movement that emerged in the early 1930s, establishing groups of photographers in a range of cities around the world to provide the left-wing press with films and photographs of workers' activities. The US branch that grew out of it was called the Film and Photo League, and was comprised of a set of independent groups located in New York, Detroit, Los Angeles and a few other cities – mostly just connected by a tenuous ideological link and a mutual belief in documentary film as an instrument for radical social change.

By the mid-1930s, the filmmakers of the NYC group had separated and formed their own organisation Frontier Films. Under the guidance of the influential photographers Paul Strand and Berenice Abbott, the 23-year-old Grossman and Libsohn renamed the original group the Photo League, articulating a mission to put the camera in the hands of honest photographers with an intention to photograph America.

In 1936, the League moved into its predecessor’s headquarters at 31 East, 21st Street, inheriting a large studio space with five darkrooms that it rented out to non-members for a nominal fee. Establishing a school, studio and salon, the Photo League HQ soon became a hive of activity for the city’s young, aspiring photographers, fostering a network of both professionals and amateurs who met regularly to learn and discuss the medium. The Photo League School was led by Grossman himself, who over the next 15 years would become something of a father figure to the 1500-odd students that passed through its classes in Basic Technique and Documentary Photography.

A famously eccentric character, Grossman’s personal experiences living in severe poverty (his teeth had rotted when he was a teenager because he couldn’t afford to see a dentist) had cemented his belief in photography’s potential to change poor social conditions. “Everybody used to go to his house to look at photographs and discuss each other’s work,” Cherry once remarked. “It affected my whole life.”

Although the League had roots in proletarian photography initiatives, few of the members who joined after 1940 (despite most being self-proclaimed social activists with left-leaning sensibilities) were aware of its political origins. In contrast to its forerunner organisations, Photo League members were from the beginning also interested and engaged in discussions about aesthetic values in their work. Alongside their commitment to social realism, students were encouraged to develop their own personal style, making photographs that didn’t just document reality, but also questioned it. Elements like shape, form and tonality became important considerations – a focus which helped draw a distinct line between documentary photography and what would develop into American street photography, the latter placing a stronger emphasis on the individual photographer as artist and not just an objective messenger.

Throughout the 1930s and 40s, the Photo League thrived as one of the most progressive, dynamic and creative centres for photography in America. Its work was disseminated through a range of left-wing publications including Labour Defender and The Daily Worker, but also through the collective’s own newsletter, Photo Notes – a haphazardly printed, zine-like bulletin that the innovative American photographer Edward Weston once called “the most progressive photography magazine in the US”. Over the course of its lifetime, it welcomed hundreds of members and contributors, including a long list of some of the most famous photographer’s in history: W. Eugene Smith, Richard Avedon, Weegee, Helen Levitt, Robert Frank and Ansel Adams. They were just a few of the notable figures who lectured or exhibited at the League’s gallery – the only one in New York dedicated entirely and exclusively to photography.

Through classes taught by visionaries like Robert Capa and Weegee, the League deepened its commitment to social activism; one example was the Harlem Document, a two-year photo book project initiated by member Aaron Siskind, which produced some of the most iconic additions to early street photography. Although the book was never published, six prints appeared in a 1940 issue of Look Magazine, including Jack Manning’s Elks Parade, which starkly depicted the residents of a typically overcrowded Harlem tenement huddled together on the fire escapes to watch a street parade.

Unusual at the time was also the fact that more than a hundred of the collective’s members were women. Female members like Lisette Model (who later mentored Diane Arbus), Rebecca Lempkoff, Ida Wyman and Lucy Ashjian contributed iconic work that was far from gender-specific, and in the spirit of its outspoken co-founder Berenice Abbott, the League appeared almost proto-feminist in the way it encouraged male and female students alike to take to the streets armed with only a 35mm camera.

But beyond breeding radical social commentators and photographic pioneers, the Photo League provided a much-needed meeting place for young people who were passionate about the medium of photography and its possibilities to instigate social reform. It drew in members from all backgrounds and professions, including Solomon Fabricant, a respected social scientist and lecturer of economics at New York University. Fabricant had joined the Photo League soon after it was established in 1936, but after learning about the group’s political roots, he decided to photograph under the pseudonym Sol Prom to avoid compromising his professional reputation.

Unfortunately, Fabricant was not being hyper-cautious. Towards the end of the 1940s when McCarthyism really started gathering momentum in the US, long-suspicious authorities finally decided to clamp down on the Photo League’s confrontational and uncensored representations of urban American society. In 1948, it was declared a subversive organisation and blacklisted by Attorney General Tom C. Clark. The following year – despite a huge retrospective exhibition staged by Photo League members and its many supporters in protest of the blacklisting – a former member testified against Grossman in a trial of alleged Communists. As the Cold War became a fact in the early 1950s, the Photo League’s members gradually began to pull out and its activities eventually ceased in 1951. Grossman, broken by the allegations, fled to Massachusetts and died in isolation a few years later.

For decades later, the Photo League’s work was stowed away and during the Cold War, its legacy was silenced by the nature of its demise. In recent years, a documentary and several large retrospectives have helped revive interest in the radical collective who first and foremost contributed incomparably towards promoting early street photography as an art form. Having always been motivated by social improvement, the accusations of disloyalty that put an end to the Photo League were both ironic and devastating. As one of its few living members, Sonia Handelman Meyer said to the NY Times a few years ago: “There was nothing political about it. It was human. It was human, and it was art.”

This article has been supported by the wonderful Nokia Lumia 925 – which we believe to be the best camera-phone on the planet – and one, with enhanced software, Carl Zeiss lens and effective ISO settings that shoots up to 3200, that is perfect for street photography. If this has whet your appetite for shooting the real world, grab a camera and enter Dazed & Confused's Nokia Lumia 925 Lowlight Photography Competition here. The finalists will be taking pictures with a Nokia Lumia 925 – the winners will shoot for Dazed in New Zealand.