Following our Beat-athon last month, here's a set of Kerouac-inspired female skateboarders from a new exhibition 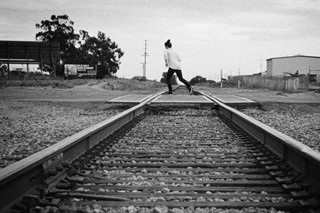 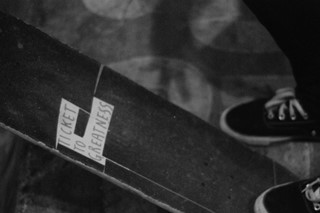 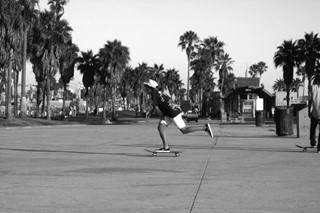 Editor of Huck Magazine, Andrea Kurland and founder of Copson Street, Maria Falbo talk to Dazed about their upcoming exhibition ‘Anywhere Road’ which will be showing at 71A Leonard Street from the 25th to 29th of October. The exhibition showcases the work of female skateboarders; Photographs which have been selected by Maria and Andrea because of the raw human narrative they display. This quote from Jack Kerouac's book ‘On The Road’ sums up, for them, the universality and freedom of the life of a skateboarder:

“What's your road, man? - holyboy road, madman road, rainbow road, guppy road, any road. It's an anywhere road for anybody anyhow. Where body how?”

Dazed Digital: Why is this exhibition exclusive to female photographers and skaters?
Andrea Kurland: The show grew out of a conversation I was having with Maria about the fact that a lot of really good female skateboarders happen to be natural documentarians. The images they shoot capture their lifestyle in the most authentic light. And yet, as Maria pointed out, as a community, female skateboarders are brushed aside, segregated off, or misrepresented in a way that makes bile rise. None of us are big fans of the girl power rhetoric that comes with all-girl events, but there's a narrative thread that runs through the girls' work, so it made sense to bring them together in a show.

DD: Why did you choose this quote to represent the show?
Andrea Kurland: The next issue of HUCK is themed around On the Road, so we took time to dig into Kerouac's words and think about how they relate to the here and now. The show, like the quote, is about a certain attitude to life; that feeling you get when you hit the road with no set plans and anything seems possible. All you need is an open-mind and a bucketload of curiosity and cool and crazy things start to unfold. Skateboarding is just one world in which that attitude manifests itself.

Maria Falbo: From the age of 14, skateboarding has allowed to me travel the world, meet people from different cultures, and fill my mind with creativity. The lifestyle that comes with skateboarding has many similarities with the Beatnik attitude from the book. With skateboarding comes the life of a ‘nomad’ and a valid ‘excuse’ to travel from city to city for no other purpose than to roll around- hence the name, Anywhere Road.

DD: The images seem very tender to me: how would you describe the collection of photographs?
Andrea Kurland: Yeah, tender is a great word for it. Quiet moments that leave room for imagination are somehow more loaded - more real - than loud glory shots that yell in your face. Like, 'This is sick! This is rad! If you buy all this rad and sick shit you can be rad too!!' Sometimes it's cool to just paint a quiet picture and let people fill in the blanks.

Maria Falbo:  Most skate photos you usually see are those competitive industry photos that we were trying to avoid in this exhibition. I would them as harmonic, as everybody involved lives within this 'niche' world. Through skateboarding, all of the exhibitors have become friends somewhere along the line.

DD: Which is your favourite image and why?
Andrea Kurland: Our favourite happens to be one of Alana Paterson’s images. It's this awesome shot of two tiny hands gripping the edge of a backyard bowl. They belong to the daughter of Alana's friend. She's too tiny to climb out of the bowl by herself, but you can tell she's trying her damndest to haul herself up. The shot captures one millisecond of a skate session, but somehow you can picture the entire day.