In his new documentary, Stockholm Syndrome, the rapper speaks out about his 2019 jailing for assaulting a man in Sweden 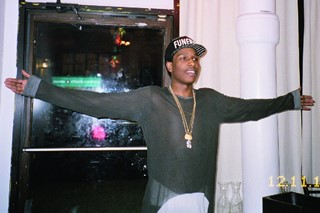 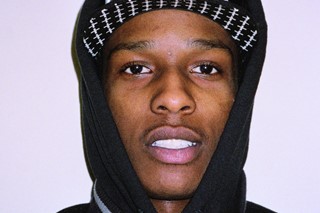 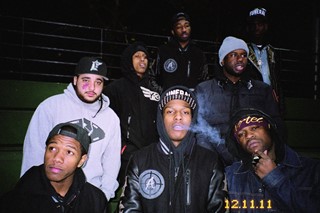 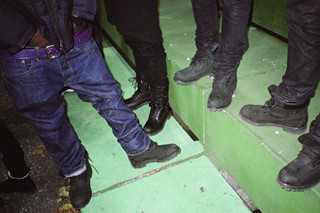 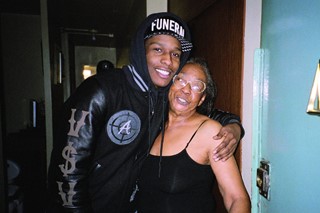 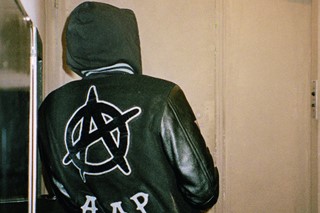 Back in July 2019, A$AP Rocky was arrested in Stockholm after punching and kicking a man in the street. The rapper – who claimed he acted in self defence – spent a month in jail and was later found guilty of assault, receiving a conditional sentence.

At the time, hundreds of thousands of people called for Rocky’s release, including the likes of Tyler, the Creator, Nicki Minaj, and Naomi Campbell. The most notable supporter of the rapper, however, was former president Donald Trump, who personally phoned Sweden’s prime minister in an attempt to free Rocky.

Now, in his new documentary about the arrest, titled Stockholm Syndrome, Rocky says Trump’s help actually made things “a little worse”. Speaking in the film, Rocky recalls: “I’m sleeping in my halfway dream. I heard my name (on the TV). I kind of opened my eyes and closed my eyes again, and then (Trump) said my name again. And I opened my eyes and I’m like, ‘Yo, what the fuck?’.”

“I kinda was scared that Trump was going to fuck it up,” he continues. “But then on the other hand, I’m just like, ‘That’s what’s up, man’. You want the most support you could (get) and it’s like, ‘Oh, the president supports you’. That felt good cause for the most part, I don’t think he ever knows what’s going on in the urban communities… I was thankful for that, I can’t lie. I was also scared that it would jeopardise me being in (jail) longer.”

“It was a chess move and they tried to strong arm a lot. In reality, I had no problem saying thank you to the man, especially if he helped me. That’s the narrative they pushin’: that he got me out. And he didn’t free me. If anything, he made it a little worse.”

Kim Kardashian also features in the documentary, speaking about how she and her now-ex husband Kanye West persuaded Trump to help Rocky. “Rocky and Kanye have been friends a long time,” she says, “and I’ve been doing a lot of justice reform and bill reform with that administration. So I was compelled to reach out to the White House and call my contacts over there to see what we can really do.”

When he first called for Rocky’s release, Trump credited Kanye with bringing the rapper’s incarceration to his attention. In Stockholm Syndrome, the former president explains: “Many, many members of the African American community have called me – friends of mine – and said, ‘Could you help?’. So, I personally don’t know A$AP Rocky but I can tell you that he has tremendous support from the African American community in this country.”

In August 2019, after Rocky was freed, it was alleged that the White House used the rapper’s case to win over Black voters and offer Trump cultural cache. The president’s team reportedly told Rocky’s people that they could help with his release on the condition that the rapper publicly thanked Trump afterwards.

Rocky was arrested in Sweden after attacking a man in the capital. In a video shared by TMZ at the time, Rocky and his crew can be seen punching and kicking a man on the street. According to the publication, two young men said Rocky broke a pair of their headphones, then followed the rapper and threatened to contact the police. After getting into an argument with the rapper, Rocky and three other men then allegedly punched and kicked one of the men before fleeing the scene.

Rocky shared an extended video of the incident on his own Instagram account offering his side of the story. In it, he claims that the group acted in self defence after the two men refused to stop following the rapper and his crew.

After his arrest, Rocky had to cancel numerous concerts, including his headline slot at London’s Wireless Festival. At his first show since his detainment – at California’s Real Street Festival in August – Rocky said of the experience: “I know y’all was praying for me, I’m going to need y’all to keep praying for me. Hopefully we ain’t got to go back to jail or nothing like that, nothing crazy.”

In November 2019, Rocky announced that he was designing uniforms for the inmates in the prison in which he was detained. He also asked to perform in the prison, but had his request denied. The following month, the rapper returned to Sweden for his first concert in the country since his arrest. At one point during the performance, he and his crew moshed inside of a cage – though, he told the adoring crowd: “I didn’t bring you here together so we can talk about Swedish authorities, politics or American politics. I brought you here today for love and unity.”

Stockholm Syndrome premiered at the Tribeca Film Festival on July 13. It’s currently unclear when it will be available for the public to stream. In the meantime, revisit Rocky’s return to Stockholm in the video above.