Having moved to her new home of London, the Pretty Sick bassist explains how her songwriting is inspired by the punk spirit of youth 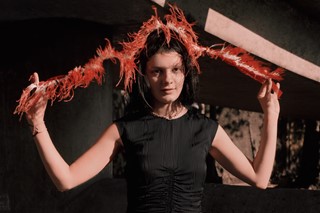 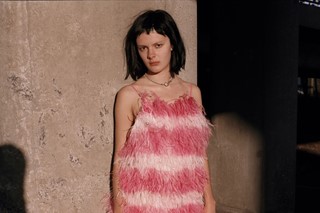 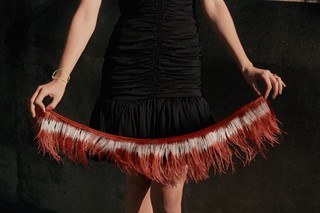 “I was obsessed with London when I was little because of that Amanda Bynes movie, What a Girl Wants – where she comes to London and her dad is a duke or something,” says 18-year-old Sabrina Fuentes. “I also had Spice World on VHS.” The native New Yorker is in Peckham just a few weeks after crossing the Atlantic for college – and it’s clear she feels at home in her new adoptive city.

Since the age of 13, Fuentes has been the bass-playing vocalist of New York post-punk band Pretty Sick. With a sound that’s brash, youthful and scuffed round the edges, the band are leading players in the new, New York underground. So much so, you could call them cult. “I just always loved music, I always knew it was what I wanted to do,” she says.

Growing up on a musical diet of Sum 41, Avril Lavigne and Blink-182, Fuentes’ palette has grown to encompass an eclectic mix of punk, post-punk and techno. It’s these eclectic tastes that have led to her London, where she is studying popular music at Goldsmiths. Currently, it’s a mash-up of trailblazing female artists like Björk, Fiona Apple, Hole and FKA twigs that inspire her songwriting. “I feel like women have always hit a soft spot lyrically for me, and that triggers other emotions that make it easier to write,” she explains. “When I first started playing in front of people at 12, I felt on top of the world. Even though I was so nerdy and didn’t have any friends, I found my place with people who are like-minded, and they made me feel more comfortable than I could have ever imagined.”

Even with the platform she’s attained so far, Fuentes often feels underestimated in her youth – despite her exceptional focus. “It’s crazy how people don’t see the potential in teenagers – it’s generally written off as a time to fuck around, drink beer in the park and smoke weed for the first time,” the musician muses. In fact, youth is what keeps her dreaming big. “My life philosophy is that everything I do should strive to be like my perfect image of my life as a child; that’s when you have the purest intentions and aren’t tempted by greed or fame. I always wanted to play music, even if no one was listening.”