Music is an essential element in Yang Li’s work. The past few years have seen the Beijing-born designer collaborate with music from the more underground, uncommercial, and unconventional end of the spectrum – radical artists and noisemakers like Einstürzende Neubauten’s Blixa Bargeld, Genesis P-Orridge, Keiji Haino, and Savages’ Jehnny Beth. For his upcoming SS18 show (that will take place during Paris Fashion Week on September 27), Li will be working with Michael Gira, the American musician and songwriter who for decades has fronted experimental rock stalwarts Swans.

“Working with Michael Gira has been years in the making,” Li says. “His music and Swans has accompanied me for many years now.” Li and Gira’s musical relationship goes back to the designer’s very first show, which was soundtracked by “Two Women”, a song written by Gira with his group Angels of Light. “My aim is to is strengthen the relationship between my musical obsessions and the Yang Li fashion world by involving artists like Mr. Gira that have been always so central to my creative process, through intimate conversational collaboration. The spontaneous nature of live music and the controlled chaos has always been central in my work. Championing the non-commercial and underground is my nod to creative freedom. Sound is a visual matter.”

Since graduating from Central Saint Martins, Li has brought his brand of deconstructed minimalism to the Paris fashion scene. Obsessed with not only music but film too, Li’s past two menswear collections have been an ode to his favourite horror films. While his inspiration for womenswear may not be as dark, the vibe still remains quietly punk – think leather, long lines, and destroyed details over the clinical minimalism of some of his peers.

“Many of the songs played or recorded by my musical group, Swans, begin with the simple format of my voice and acoustic guitar,” says Michael Gira. “It’s always a pleasure to perform them live in this naked state. Anyone familiar with the music of Swans would know that the world we occupy exists in an entirely different dimension to that of the fashion world. Coupled with my respect for the minimal and austere aesthetic of Mr. Li, it is expressly for this reason that I agreed to perform at this event. It’s good to be in an unfamiliar place.”

Ahead of the show, Yang Li picked his five favourite Gira compositions, while Gira gave us a run through of their history. Additionally, Jamie Reid – Dazed’s art director, who also works with Li on his lookbooks – has picked his favourite Swans sleeve designs. 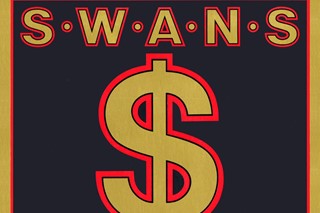 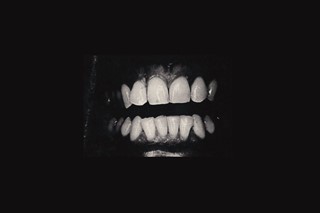 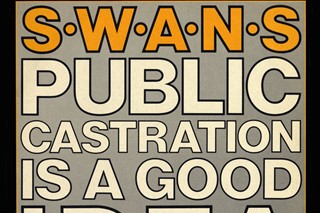 Michael Gira: This is the opening track from Filth. At that point, everything was about resistance and survival. This was just a kind of credo for accessing your inner strength.

Michael Gira: This song is a fiction I wrote, but it’s also an homage to a friend of mine who eventually ended up drinking himself to death. I think it’s one of the best narrative songs I’ve written. It’s very romantic in a way, probably to its detriment – it might veer off into melodrama a little bit – but I think, in the world of popular music songs, it’s very good. Were I to record it today, which I may do at some point, it would be much better. I recall that my voice was very stilted (at the time). It’s a great song, but I think the recorded performance is less than stellar.

Michael Gira: This song is very resigned and pained and pessimistic, but I think the fact that the narrator is singing it is a sign of optimism. By the narrator I don’t mean me – when I write songs, they’re not about me, they’re stories, a text for me to sing.

What might have inspired it? Oh, just the fucking pointlessness of my life, I suppose. (Laughs) I draw on personal experience, but I don’t write diaries and put them to music. It was a very melancholy song, but again, I feel that by accessing that state of mind and putting it into some kind of artform, it’s a very positive statement.’

This was a very good iteration of the band Angels of Light. It was when it was at its peak as a band – because it wasn’t really a band in general, it was more a project. In this instance it was a group of six or seven people who played many shows and recorded for a couple of years. I recall that this performance, as we played it in the studio, was quite elevating. I thought it was gonna be a hit. (Laughs) No, not really.

I think the song has some poetic images, looking at it here after years of not thinking about it. ‘I hear your voice, like silver crystals / Raining tears upon these words.’ I think that’s, again, a sort of homage to somebody that I loved/love.

ANGELS OF LIGHT – “PROMISE OF WATER”

Michael Gira: This (song) is thinking about a subject that has preoccupied me since the very beginning of Swans, which is the infiltration of our consciousness by mass media. That’s something that I was thinking about in 1981, when the first Swans material began to take place. The technological advances were not as profound as they are now, of course. Now you see this major anthropological change, with people walking down the streets with their necks bent over, glued to their iPhones, directly receiving into their consciousness the anxieties and desires fed to them by – well, they’re communicating with other people, but in general – fed to them by the media in order that they might become proper consumers.

The first two lines are ‘Now they live in your head, and they travel your veins / Every word that you speak is a word they have made.’ And then, ‘When you open your mouth, you’re too stupid to scream / Your eyes are the holes where you suck in your need.’ That’s something that I think about quite often, and its consequences for society. Consumerism is I guess what I’m talking about – how our desires are created by the anxieties fed to us by the media. For instance, in just one aspect of it, it’s led to massive environmental apocalypse.