We speak to Leah Dou, the daughter of two of China’s most successful musicians who played her first UK show at London’s O2 arena before she was 20 years old 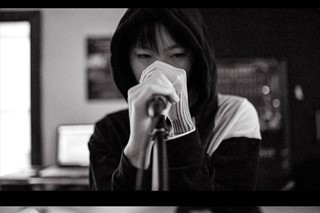 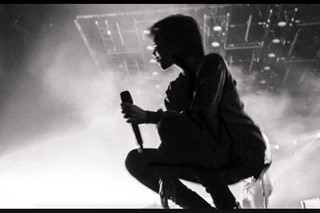 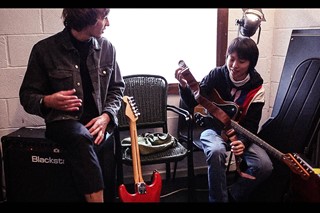 Opening for one of the UK’s biggest bands is a big deal in itself, but doing that at London’s humongous O2 Arena when you’re only 19 years old is practically unheard of. But when Chinese singer Leah Dou took to the arena stage while supporting Bastille – her first ever UK show, no less – she coolly enraptured audiences with her haunting song “woo 舞” (currently unreleased), commanding them to dance in mandarin.

That Dou is so confident with her music at such a young age maybe shouldn’t be such a surprise. Her parents, musicians Faye Wong and Dou Wei, are musical royalty in China – they’ve described as the Beyoncé and Jay Z of the country, and Leah Dou featured on one of her mother’s songs when she was just one year old. Music runs in her veins, but she’s discovered a unique sound of her own thanks to her insatiable appetite for new music. “Every day I’m searching for new music,” she says, “This is one of the reasons I loved the British tour so much. Constantly, you’re swapping songs with people and hearing about tunes from others who’ve devoted their lives to music.”

Dou’s debut album Stone Café – released earlier this year – is full of ethereal vocals, arching pianos, and anthemic pop choruses. Songs veer from the groovy “My Days” to the hypnotic “Chimes”, though Dou admits that she finds it difficult to pinpoint where her influences come from. “Everything I listen to influences me, whether I notice it or not,” she says, “I think it’s all stored in the subconscious – some more than others.” Her readiness to be affected by music gives her sound a unique quality, unrestrained by form.

We caught up with the singer ahead of a busy 2017 that will see her continue to tour in the west and work on her second album.

Having just come off tour with Bastille, how does it feel to be one of the first – and probably youngest – Chinese singers to support a major UK band?

Leah Dou: The tour was an incredible experience. I feel extremely honoured to be the first Chinese artist to support a UK band. But to be honest, that never really crossed my mind while being on tour. I think what excited me the most was to be playing with local musicians and really understanding what it’s like to be on a bus full of people that are passionate about music, (both) yours and theirs. And, of course, I got to play to a different crowd every night. It’s such a rewarding feeling. It feels like I’m really getting to connect with the people in the UK with my music.

“I love the whole touring culture – with the bus, taking the band (on the road), and travelling – that we don’t have in China” – Leah Dou

Is touring in the UK much different to doing shows across China?

Leah Dou: I think the biggest difference will probably have to be the way my music is received. Generally I sing in English, so sometimes I worry about whether people can connect with my music or not. But in the UK, that becomes a given. Plus, I love the whole touring culture – with the bus, taking the band (on the road), and travelling – that we don’t have in China.

We usually hear that young people are addicted to Instagram, and a lot of celebrities are famous because of it. Does this also apply to you in China? What’s your approach to social media?

Leah Dou: I think that’s definitely found in China as well – in fact, an addiction to social media can be found in most parts of the world. In my view, social media and the internet is exactly what you make of it. It can do great things through raising awareness, connecting new people from all over the world and it allows me to share my music. It’s just about usage; social media contains more information than you’re personally ever going to have just by living your life. In that way, I think it draws a lot of people in. It’s easy to forget that none of that is going to make you feel good about yourself! I want to be able to live a life where I’m not going to get anxious or feel bored if I’m not constantly on my phone. For me it’s about finding a good balance.

Your music flits between electronic, jazz, and your ethereal vocals. Can you tell us about three songs that had the biggest impact on your sound?

Leah Dou: When I first heard it, I was in love with ‘Something About Us’ by Daft Punk. There weren’t a lot of vocals, yet the emotion was conveyed so accurately. Another one that comes to mind is ‘Creep’ by Radiohead. Even though I’ve heard that the band themselves hates that track, I was really moved by what felt like honesty in their lyrics and vocals. That’s something that can’t be easily done; there’s a certain rawness and openness, but also subtlety. Lastly, it would have to be ‘Mykonos’ by Fleet Foxes. This song really paints a picture for me every time I listen to it. I’ve never been to Mykonos, but the song gives me such a strong image of a place full of warmth. I can’t say those three will always remain though, we’re always changing.

After having your first London show at the O2, 2017 must be looking busy for you…

Leah Dou: I hope so! In January, I’ll be touring the States, and I’m working on my second album, due to be released in spring 2017. I kinda got a vibe for the UK after the tour so I’ll get to return to play some more shows after the release and shoot a music video in Europe.