‘Stillbirth’ shows the ex-Crystal Castles’ singer coming out fighting, but she’s always been a force to be reckoned with

Way back in the heady mid-noughties, everybody wanted to be Alice Glass (or I did, at least). With her wayward, polka-straight spikes of hair, eyes that looked like they’d been scribbled on with charcoal, and shrieking vocals that cut right through the speakers, the Crystal Castles frontwoman was a refreshingly anarchic antidote to the low-octane feels of mainstream music, and the male-dominated world of punk at the time.

Nearly a decade later, and almost a year after leaving Crystal Castles, she’s just as cool as she always has been. Earlier this week saw the release of her solo debut “Still Birth” an explosive, punch-to-the-gut sort of song where she screamed, “I’ve been waiting for you to die” over dystopic, stabbing synths. The track was posted alongside a moving statement where she opened up about her personal fight with systematic oppression and abuse, and how all proceeds will benefit charities that help survivors of the same thing. It was a brilliant moment, and a potent declaration of her independence, whilst also lending a branch to help others. Following on from this iconic comeback, we take a look back at the series of events that led up to it.

Uncut Tems: the rise and reign of the queen of alté R&B
Crystal Castles for Dazed12 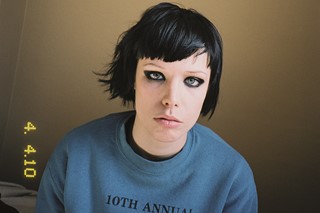 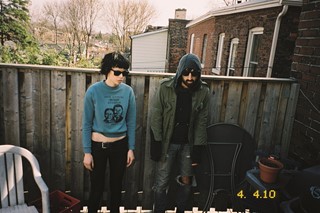 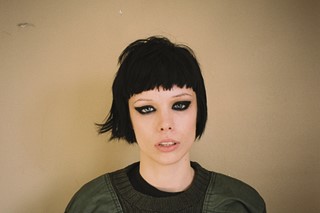 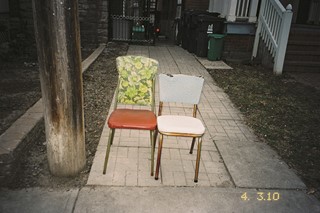 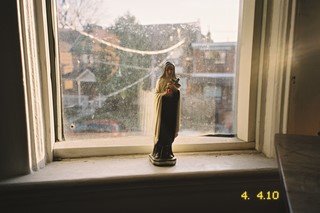 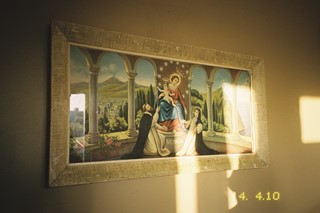 SHE GREW UP SURROUNDED BY PUNKS

Do you remember when you were fourteen and you dreamt about running away, changing your name to a comic book character and living in a squat full of punks? But then you didn’t because it’s kind of unadvisable? Well, that’s what Alice Glass did in 2002, when she changed her name to Vicki Vale (a 1940’s DC Comics creation) and started a scuzzy all-girl punk band called Fetus Fetale. A year later, when she was fifteen, she met future bandmate Ethan Kath, and they went on to form Crystal Castles. Following in the steps of Joan Jett and Viv Albertine, Alice Glass was the ultimate teen rebel girl icon of our times. The first track they recorded together (below) was one of Crystal Castles' best efforts.

SHE GOT THROUGH SOME DEADLY LIVE SHOWS

All the best gigs should be raucously fun and a borderline riot, and Alice Glass made sure Crystal Castles always gave a sweat-covered, obnoxiously stomping performance. In 2008, their set got shut down at Glastonbury after Alice climbed a speaker stand and got swallowed into the chaos of the crowd. And that’s without mentioning the fact she’s performed with two broken ribs, a broken ankle and nasty bout of food poisoning in the past. We've all had days where we've felt a bit too rough to be at work, but ploughed through anyway – Alice took it to another level. Now that's dedication.

SHE RIPPED UP YOUR IDEA OF “COOL”

It’s easy to call Alice Glass “cool” (in fact, I already did so once in the intro) but she found it almost offensive to do so. When NME named her the coolest person of 2008, she scoffed at them, saying: “I’m flattered, thank you, but back in school the people who held themselves in the same regard were also the biggest wastes of skin I’ve ever met. Why did I get so many votes? My pact with Satan hasn’t expired yet.” She also called out the definition of the word. “Ask the mummified jazz musicians from the 1930’s who started using it. We need new idioms, we need to stop talking like beatniks.”

SHE HIT BACK AT MISOGYNY

When Alice Glass left Crystal Castles earlier this year, she hinted at a breakdown in the relationship between her and Ethan Kath, explaining that "sincerity, honesty and empathy for others is no longer possible in Crystal Castles".

However, when Ethan Kath dropped a new song with a Glass-less Crystal Castles, he released a (now removed) shade-throwing statement alongside it that reeked of misogyny. “I wish my former vocalist the best of luck in her future endeavours,” he wrote. “I think it can be empowering for her to be in charge of her own project. It should be rewarding for her considering she didn’t appear on Crystal Castles’ best known songs.” Not only did he refer to Alice Glass as his vocalist, he also undermined her creative input in the band and made assumptions about what could be empowering for her.

In true form, Alice swiped back immediately saying: “For the record, I wrote almost all of the lyrics in my former band and the vast majority of the vocal melodies… I was a founding member of crystal castles and shaped the sound and aesthetic from the very beginning…manipulative statements about my contributions to the band only reinforce the decision I made to move on to other things.” Ethan Kath: 0 Alice Glass: 1

SHE RELEASED A CAREER-DEFINING NEW TRACK

It’s not just the relentless, buzz wire synths, icy wall of distortion and screaming vocals that makes “Still Birth” a stand-out, but the powerful statement that she posted alongside it. In the open letter, she speaks about how she was stuck in an abusive relationship where she was “talked down to, yelled at, locked into rooms and criticized daily about my abilities, my weight, my looks, my intelligence and almost every move I made.”

She then goes on to explain her hopes of encouraging others. “The clarity I’ve gained since getting out of that situation has opened up my life in a way that I didn’t imagine was possible,” she said. “I speak out now hoping that I can encourage other young women and young men to affirm their value within their relationships or get out. Abuse isn’t always obvious, and it doesn’t have to involve black eyes, blood and broken bones. Emotional and psychological abuse can be just as damaging, and it is extremely difficult to remove yourself from.”

All proceeds from digital purchases of “Still Birth” will benefit organizations that help survivors of domestic abuse, sexual violence, and incest. You can also donate directly here.