So, seemingly out of nowhere, Beyoncé uploaded a brand new record onto iTunes. Upending the usual pre-promo cycle, she's delivered 14 songs (and 17 videos!) for her fifth solo full-length, which is billed as a visual album. Among the collaborators are frequent stars and mega songwriters like Frank Ocean, The-Dream, Hit-Boy and Timbaland, as well as go-to video directors like Hype Williams, Melina Matsoukas and Jonas Åkerlund – but there were a lot of surprises too. Not least were Dazed's own Karen Langley and frequent collaborator Pierre Debusschere, underground music stars Caroline Polachek and Lil Internet – and in the below list, we guide you through the visionaries and voices that made Beyoncé's latest album her most radical. 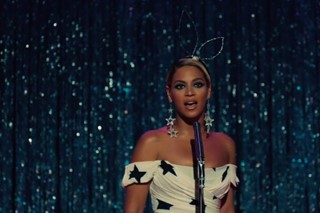 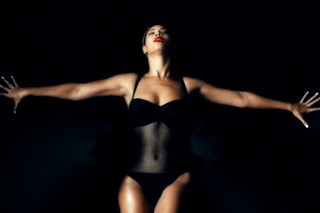 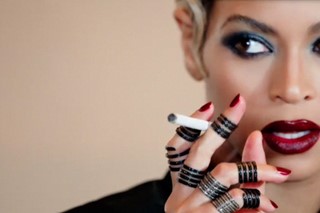 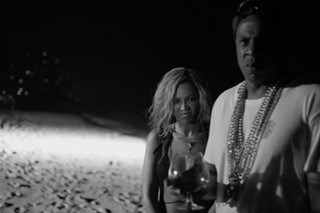 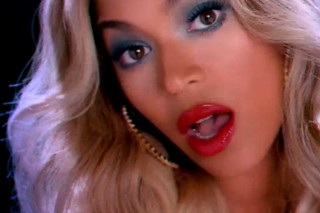 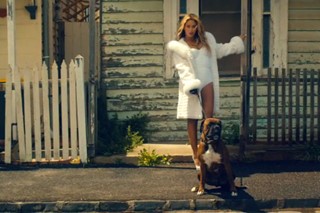 The singer of NYC synth-pop duo Chairlift wrote and produced Track 5, the aerated, 80s-vibing “No Angel”. The 80s pop/R&B chime seems a sibling to Dev Hynes’ recent Blood Orange album Cupid Deluxe – on which Polachek contributed vocals to “Chamakay”. Opening with a breathy “baby put your arms around me, tell me I’m a problem”, the vibraphone track sparkles like Perrier.

Lil Internet has been producing and directing music videos for electronic musicians like Pictureplane and RiFF RAFF and was described as a "seapunk prophet" by MTV for taking the aqua underground to Azealia Banks in her track "YUNG RAPUNXEL". Two years ago, the gleefully internet-famous musician / DJ / director composed this mix of DMX acapellas for Dazed. On December 10, three days before his video for "No Angel" dropped, he tweeted "THERE IS NO REAL COUNTERCULTURE ANYMORE IS THERE?"

Who is Boots? The arcane producer appears seven times in the liner notes as having either written or produced, but remains shrouded in mystery. “Jealous”, “Ghost/Haunted”, “Heaven” and “Blue” are all Boots ballads, and arguably rise to the fore as the best tracks on the album – if it’s even possible to place these tracks in order. While production credits are rife with Drake’s entourage (Noah "40" Shebib, Key Wane), the Boots tracks only credit him/her and Beyoncé. Close friend? Blue Ivy’s producer pseudonym? This guy? We can only wait…

“Bow Down”, the trap-inspired track Beyonce leaked earlier this year, has morphed into “Flawless”, which segues midway into a monologue from Nigerian author Chimamanda Ngozi Adichie, who wrote the bestselling 2007 novel Half of a Yellow Sun. “We teach girls to shrink themselves, to make themselves smaller,” Adichie declares in the sample. “We say to girls you can have ambition but not too much. You should aim to be successful, but not too successful, otherwise you will threaten the man.” Sampling Adichie is a pretty daring riposte to anyone who’s ever questioned Beyonce’s feminist credentials. You can watch Adichie’s full speech, which was delivered as a TED talk, here.

Pierre Debusschere is a frequent Dazed photographer and collaborator. Based between Paris and London, the 29-year-old has constructed a masterful visual language out of abstraction, colour and light, which has appeared on these pages since October 2008 – check out his previous take on a music video, Actress's "RIP". Among other things, he is online creative director for Raf Simons, and he directed Beyonce's new songs "Ghost" and "Mine".

Major speculation came after a slew of deleted tweets were digitally swept under the rug by Sia Furler – the amazing singer behind “Titanium” – who has written hit after hit, including Rihanna’s “Diamonds” and "Wild Ones". The tweets divulged news that she penned another hit for ‘Yoncé apart from the H&M banger “Standing on the Sun”. For Bey, she unfurler-ed “Pretty Hurts”, a trademark Sia anthem, which blows up at the hook into the anthemic: “Perfection is the disease of a nation / Pretty hurts”. There’s a message here, and it’s not just that Sia has music’s midas touch.

Soft piano fades in to paint a visual bond of love in a tribute song and video that can’t be touched. The twin production matching Jay’s “Glory”, which sampled Blue’s cries moments after birth, is a gorgeous melee of life-giving lullaby and love ballad. Not to mention, it’s a whole lot more interesting than her recent Blue Ivy inspo “God Made You Beautiful”. “It could last forever / Come on baby won't you hold on to me, hold on to me” she oozes in the Boots-produced hymn. The video is directed by Beyoncé, Ed Burke & Bill Kirstein (the latter two of which helped on Beyoncé: Life is But A Dream), and is a homemade nanny diary shot in Rio. Blue turns two years old January 7, and her cutesy babble rounds out one of the most heartfelt chansons to date.

Beside all the usual contenders like Jonas Akerlund, there’s also a surprise name on the video director list: Todd Tourso, a California-based art director and illustrator who was creative director of Flaunt for five years and is a relative newcomer to the music video game. He’s also an informal Haus of Gaga member, having directed viral adverts for the Fame perfume – but he's now graduated to the major leagues, directing the videos for "Heaven” and “Jealous”, two of the silkiest ballads on the album. He's listed as co-director with Beyonce on the former and shares directing credits on "Jealous" with Francesco Carrozzini, who directed the video for Banks' "Waiting Game".