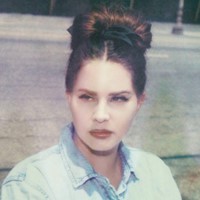 If this is the first time you're hearing about Flume, it certainly won't be the last. The 20-year-old Australian producer and beat-maker, who's signed to Future Classic, has been making waves down under for a while now, thanks to the success of his top-notch singles and memorable live shows. His latest single, 'Sleepless', accurately represents what he does best — clean, atmospheric, beat-driven electronic music that's as relaxing as it is stimulating. Today marks the release of the 'Sleepless' remix EP, featuring Shlohmo  - whose new remix we exclusively stream here - and Midland. Dazed caught up with Flume to talk about his inspirations, finding the right sounds, and what's next.

...special about you?
I think I put a lot of special attention towards creating interesting textures and unique sounds. Music essentially boils down to two main elements, rhythm and melody. I feel tones and textures often get overlooked so, I like to take my time finding the right sounds.

...the story behind your name?
I had this little Bon Iver phase a few years back, Flume was one of my favourite songs.

... your favourite sound?
The satisfying thwack of smashing a tennis ball over the net, I’ve been playing a fair bit of tennis lately. Also I love the click of expensive business shoes walking on a marble floor. Couldn’t tell you why.

...your favourite website?
I have a bit of a love-hate relationship with this site called browncardigan. It’s full of odd pictures, gifs and just stupid shit in general. Great time waster.

...your worst fashion secret?
Back in the day I had this fluoro pink hoodie that I thought was the coolest thing ever. Left it at a party and never saw it again. Probably the best thing that could have happened. Oh, and I also have a friend with a mullet.

...are you listening to now?
Right now I’m listening to this dude called Groundislava, pretty beatsy, weird 8-bit kind of stuff. He just put out a full-length album that I’m working my way through now. Other than that I’m getting into some deeper stuff, I get the guys from my label Future Classic to send over ‘Inspiration Packages’, which are basically their favourite tunes from the past few months. They tend to lean toward the deeper side of things so it’s a good place to hear tunes I wouldn’t usually listen to.

How would you describe your work?
Well my main inspirations come from early 90s Trance, the French electro movement round '06, then a bunch of artists like Flying Lotus, J Dilla, Moby, The Prodigy. So I’d say its some kind of experimental electronica with a strong hip hop influence. It's chilled, but people can still get super crazy and dance to it.

What's next?
Next up is a Sleepless re-release on vinyl with a video clip. Then in November the album drops which I’m seriously excited about. Then ill be putting a whole lot of attention towards getting the live show to stand out with crazy visuals. After that we plan to take over the world with Europe and America mid next year!