In this personal essay, writer Jasmine Amussen reflects on her own experiences of being biracial via Naomi Osaka, Mariah Carey and beyond 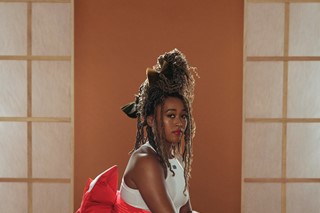 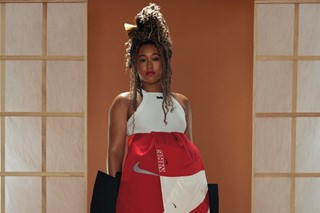 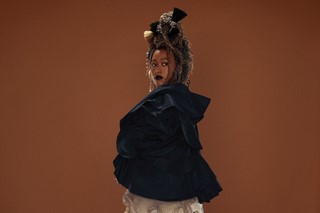 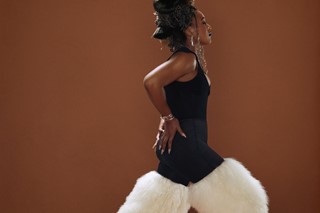 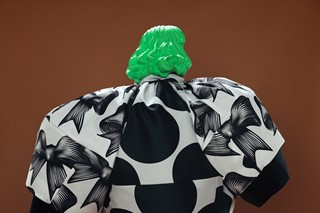 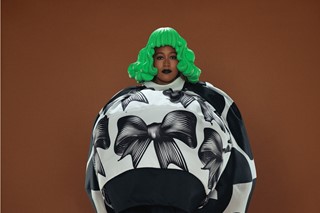 In Richard Dyer's study of celebrity, Stars, he writes, “Stars are, like characters in stories, representations of people. Thus they relate to ideas about what people are (or are supposed to be) like.” It’s really something unusual, the alchemical process that one must undergo to become “a star”. For men, it seems less mysterious: be good-looking, young, and you have a relatively easy pathway forward. It seems most male stars retain a good amount of their original shape. With women, once you start adding in any variables to the cauldron, things grow infinitely more complicated, and the meaning of their star changes, with none of the original shape left intact.

By the time I was 24 – the same age as the number one ranked, most marketable tennis player Naomi Osaka is now – my racial identity had changed no less than five times. When I was born in 1989 (in what the English would call a hamlet) in rural Arkansas, it was the awkward, tragic, and awful “mulatta”. When I was watching Tiger Woods win his first-ever Masters jacket at the tender age of 21, in 1997, the year Osaka was born, my white grandmother called both Tiger and I “mixed”. When I watched Mariah Carey cry, holding her white mother’s hand on Oprah in 1999, I became “biracial”. When I left Arkansas with my parents to find better lives in the True West, I became “light-skinned”. When Maria Halle Berry brought her white mother to watch her win an Oscar in 2002, I became “Black”. When I returned to New Orleans on my own after Hurricane Katrina, I became mulatta again. In 2007, when I caucused in a sweaty, disgusting room in New Orleans, clutching my tiny piece of paper that said OBAMA, I became something else, which still hasn’t been settled, between any of us. If anything, things have gotten more slippery, for us, the children of the future.

In June 1990, a 21-year-old Mariah Carey sang “America the Beautiful” before the first game of the NBA finals between the Portland Trailblazers and the Detroit Pistons at The Palace. This will be the largest crowd she performs for until 1993. She refused to do endorsements or other sponsorship deals. She refused to tour, citing stage fright. The industry creep began immediately. Who was this girl who arrived with such a splash (Pat O’Brien, announcing the Pistons / Blazers game quipped “The palace now has a queen”) who didn’t want to get extra cash selling Pepsi or wearing Banana Republic in her videos? Why wasn’t she behaving?

The whispers said Mariah’s distinctive five-octave vocal range was a product of studio tricks, and most distressingly, that she was white, and that her job was to offset Whitney Houston, that she was a diva with a more palatable skintone. Her confidence and smoothness, and what we call ‘code-switching’, is extraordinary. She could sing Verdi’s Rigoletto and gospels. She covered Badfinger and the Jackson 5. But most of all, she was a star who talked about it: Who talked about what Lauren, my first ever Obama-flavoured friend, called our biracial blues; who said that it was hard, and it hurt, and sometimes it was confusing and enraging and lonely; who refused to talk about her background in terms of her beauty and exotic looks. Who, publicly, at least in some form, refused to do something that she wasn’t comfortable with. She was the only star we had.

After constant blockbuster albums, and releasing the eleventh most popular single in the history of modern recorded music, something happened to Mariah between her appearance on Oprah in 1999 and her ‘surprise’ appearance on MTV’s TRL in 2001.

Now we know that she was experiencing symptoms of undiagnosed bipolar disorder, alongside a grueling divorce not only from her husband Tony Mottola but her long-term label, and the general anxiety and pressure she had been under since 1988. She started a proto-Twitter-like presence on her website, posting several short disturbing messages that became even more distressing after her TRL appearance. “What I’d like to do is just take a little break or at least get one night of sleep without someone popping up about a video. [...] I don’t say this much, but guess what, I don’t take care of myself.”

Since her shock and awe arrival, beating Serena Williams in straight sets, we – myself, my sisters, my friend Lauren, and all the others sad bis worldwide – had kept tabs on Naomi Osaka. Thanks to Tiger, decades before her, and Naomi Campbell, decades before him, a star who had both Asian and Black in their background wasn’t a shock to most of the public. What surprised most was that she played for Japan, even after growing up in the United States. It made perfect sense to me, even as terrible things started coming out of the woodwork that some in Japan didn’t want her. If there is one thing that is constant in the world of mixed parentage, it is that someone wants you to choose, and will be upset no matter what you choose. Especially if you are a star.

In our desire to understand and categorise the people Naomi Osaka represents, the tug of war and the technical lines we draw around what makes or breaks race or gender end up doing incredible damage to those caught in the edges. Suggesting that our identity is somehow a fixed binary we must choose is ludicrous when no one can decide what we are. I have the luxury in this situation to be an American, to be married to an American, and for all my relatives (no matter their colour) being American. In America, Naomi is Black. I don’t know if she feels that to be true, as this is a deeply personal sense of identity that often changes by the day. I am not being asked to play a public battle with my personal identity and the world and the world of expectations built by the titanic double threat of the Williams sisters. For now, myself, and others like me will be watching her hopefully, and for what comes after her refusal to play this ridiculous racial tug of war, at a polite and private distance. We will be watching with the same hope that followed the anxious silence after Mariah’s Glitter. We will be speaking about her politely, with the same even and controlled voice that answered every awkward poll worker’s question about if we thought Obama was Black enough. In 2005, Mariah said no to all of it and released The Emancipation of Mimi. It sold over 10 million copies, one of the best-selling albums of the 21st century.

We are watching again, hoping. Wishing upon a star.