As part of Uniqlo Tate Lates, Dazed’s Dominic Cadogan spoke to the artist and activist from their apartment in Paris

As part of Uniqlo Tate Lates, Dazed’s Dominic Cadogan spoke to artist and activist Mykki Blanco about their recent work and the enduring impact of South African artist Zanele Muholi, whose first major UK exhibition is scheduled to open at the Tate Modern post-lockdown.

Since the early 00s, Muholi has used film and photography as a tool to elevate Black LGBTQ+ people in South Africa, and, as they describe, “to capture the moods that maybe other people can’t see”. The exhibition will feature 260 photographs, from their very first body of work Only Half the Picture to the ongoing series Somnyama Ngonyama.

As well as the talk, illustrator Anishika ‘Ash’ Khullar hosted a portrait workship, where they taught people how to make their very own black-and-white portrait in the style of Muholi’s Faces and Phases series. Trinidadian-Canadian artist Michèle Pearson Clarke also debuted their film All That Is Left Unsaid, while south London collective BBZ broadcast some weekend-ready beats.

In case you missed it, here’s what we learnt from Mykki Blanco in conversation with Dazed. 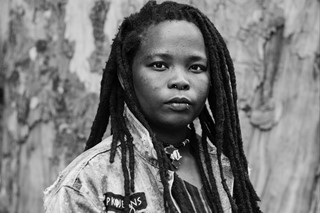 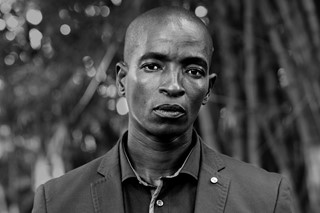 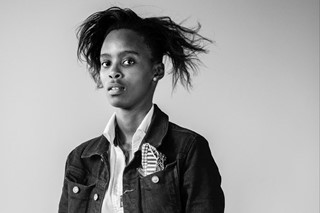 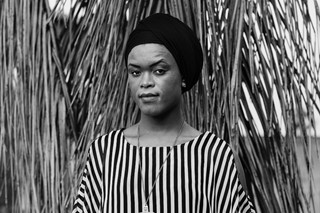 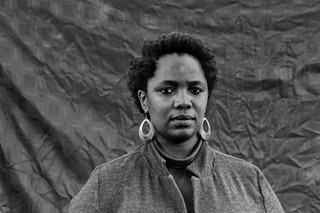 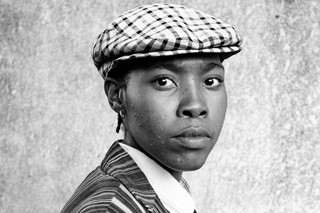 Reflecting on the impact of coronavirus on the creative industries, Blanco said: “I’m a musician, I can’t play tours. That’s 80 per cent of my income.” They urged people to stay positive and keep perspective. “Every time 2020 becomes a pain in my side, I think about artists that were creating work during the Great Depression or certain periods in the 20th century, where people had uncomfortable circumstances on a mass level,” they said, adding that as someone who’s lived through a lot of trauma, they’ve learnt the importance of putting themselves in other people’s shoes.

CULTIVATE YOURSELF AS AN ARTIST

Blanco, who’s based in Paris, spoke about using lockdown, and how you can use the extra spare time to build on your interests and grow as an artist. “My music was recently used in a film; I’m also a writer, a creative writer. And I always had a life plan of writing novels, writing short stories, writing books, but it was juxtaposed with when I had the time,” they said.

They revealed plans to complete a novel they had started writing at an artist’s residency in Norway last year. “(It’s) a passion I wasn’t able to act on until this year with the same level of passion and intensity,” they explained, also adding that they’re taking dance lessons with a choreographer. “When I come back out, I want a ‘WOW’ star moment.”

For Blanco, Zanele Muholi’s work serves as vital documentation of queer people “that no amount of conservatism can negate”. “This is our normal,” they began. “When people who live more heteronormative lifestyles see these realities, that becomes a factual document that this is real, this isn’t a queer myth.”

“Gender non-conforming poeple in popular media still don’t have a place,” they added. “I think that has to do with the fact that in Western society, we like our celebrities pretty and handsome. There’s no room for someone who doesn’t fit into a Eurocentric, westernised view of what beauty is.” Muholi’s work, Blanco says, “reminds me that there’s still this rainbow of gender non-conforming people that deserve to be more than exoticised”.

The artist spoke about how they feel uncomfortable when the term ‘activist’ is used to describe celebrities or people who do “something for a moment”, rather than those who actively doing the work every day. “There are too many people in our history, and right now, who are giving far too much of all that to be denied that title,” they said. They also reflected on the recent Black Lives Matter protests and the importance of shifting their platform to amplify activists and mobilise people.

SPEAK UP, EVEN IF IT’S UNCOMFORTABLE

Blanco talked about the importance of speaking up in the face of discrimination, even if it’s initially seen as “very unfashionable” to do so. They referenced the 2016 hashtag  #GayMediaSoWhite, which started off as a conversation between the musician and another writer on Twitter, pointing out the lack of diversity and representation found in mainstream LGBTQ+ media. “From me speaking my mind about a situation that was extremely problematic, that had lasted for far too long, a sea change can happen,” they said.