Debbie Harry, Alice Cooper, and Joan Jett are among the celebrities paying tribute to punk stylist Jimmy Webb, who has died at the age of 62.

Webb was a salesman and buyer at the East Village store, Trash and Vaudeville, which he dubbed “rock-and-roll heaven”. The New York fashion icon was known as the face of the brand, before opening his own boutique – named I Need More, after the Iggy Pop song of the same name – on the Lower East Side in 2017.

“We are all going to miss our wonderful friend Jimmy Webb,” Blondie frontwoman Harry told The New York Post. “There goes a lovely unique NYC character. I feel lucky to have known him.”

Writing on Instagram, Cooper said: “Rest in peace Jimmy Webb, a true New York rock n roll original. We always looked forward to seeing Jimmy at Trash and Vaudeville and more recently his own store @ixneedxmore. NY won’t be the same without you Jimmy! Love from the Coops.” Singer-songwriter Jett echoed Cooper’s tribute, writing on Twitter: “I’m so very sad and we’ll all miss your energetic, warm soul. The city will not be the same without you.” 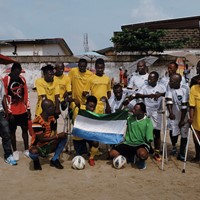 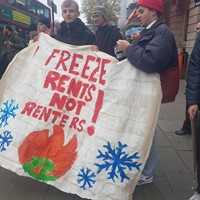 Guns N’ Roses’ lead guitarist Slash also paid tribute to his friend on Instagram: “We lost a great rock n roll human being today, Jimmy you will be sorely missed. As you are so loved so much by so many, you will live on in our hearts forever. You are truly one of a kind and there will never be another like you. A perfect storm of love, joy, tragedy, grit, RnR, and soul, the world is a lesser place in your absence. RIP Jimmy. Give em hell!”

Webb ran away to New York at the age of 16 in 1975, the same year that Trash and Vaudeville opened. The stylist began working in the store after writing a letter to its owner, Ray Goodman, asking for a job – within a year, Webb was the highest-paid employee, eventually styling everyone from Beyoncé to Iggy Pop.

“I got off the bus with my clothes in a pillowcase without a penny in my pocket and when I saw this store, I thought it was heaven on earth,” Webb told Dazed in 2013. “The rock stars were in and out of the store, but it wasn’t even about that. It was about the feeling that anyone can add to the world.” Webb also appeared in the spring 2020 issue of Dazed, as part of a portfolio of cult New York figures.

Webb hosted a party at his new store earlier this year, attracting rock royalty including Debbie Harry, Iggy Pop, Guns N’ Roses bassist Duff McKagan, New York Dolls frontman David Johansen, director Jim Jarmusch, and more. Reportedly suffering with cancer – though a cause of death hasn’t yet been confirmed – singer Henry Rollins said of the party: “I flew out from LA; I had to be there for Jimmy. He was not doing well, and I had no doubt that it would be my last time seeing him. Cancer is a hell of a thing.”

See a selection of tributes below.

We love you Jimmy

Our friend, Jimmy Webb, a legend and a St. Marks St. legend, stylist of the punks, famous and not, has passed. I’m so very sad and we’ll all miss your energetic, warm soul. The city will not be the same without you. pic.twitter.com/RI06gv8f0C

The death of Jimmy Webb will be breaking many hearts today. He was a beautiful man of rare soul and grace with a huge heart. Unforgettable Character. Sweet Temperament. We will all remember!!xxxxx pic.twitter.com/40YyuTZJcX