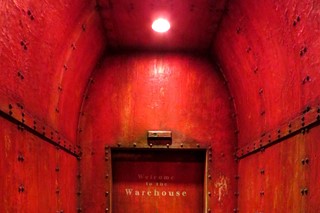 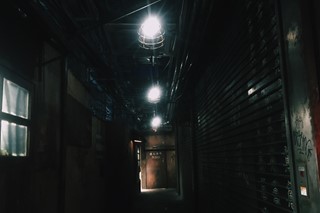 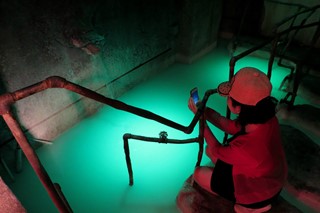 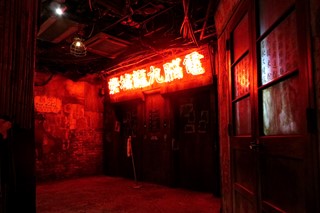 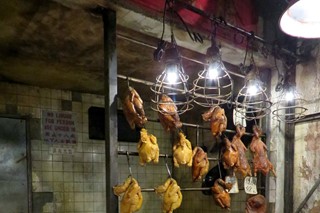 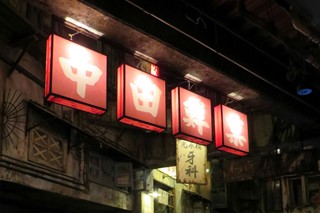 Interesting things happen in Kawasaki. Home to the annual Penis Festival, it’s close enough to Tokyo to be accessible, yet with a totally different atmosphere due to the city’s deep roots in heavy industry. Factories loom along the coastline, while in the city centre local mom-and-pop stores serve up skewers of yakitori (skewered chicken) to salarymen after a long day at work.

It could be argued that Kawasaki is Tokyo and Yokohama’s ugly sister, but only by Japanese standards. After all, Japanese cities are – for the most part – clean and well maintained. If you really are craving some dirt and grime, however, Kawasaki is the place to go. Or rather, more specifically, Kawasaki Warehouse – a three-story video game arcade that has gone to great lengths to create the dingy alleyways of one of Asia’s most infamous neighbourhoods: Kowloon Walled City.

My own introduction to Kowloon was through the film Bloodsport starring Jean Claude Van Damme. Shot on location in Hong Kong, it told the supposedly true story of American fighter Frank Dux, who took part in the highly illegal ‘Kumite’ fighting tournament deep within the Walled City. And while the real-life authenticity of Dux’s claims may be disputed, Kowloon itself was 100 per cent real – a sprawling city within a city, largely ungoverned and notorious for at one time being run by local triad crime syndicates. The result was a hotbed of prostitution, drug abuse and gambling, alongside a large number of unlicensed doctors and dentists, who could pretty much do what they wanted without fear of being caught.

Originally a Chinese military fort, the Walled City really came into existence in 1945 when refugees from mainland China poured in to escape the Chinese Civil War. These squatters stayed, made their own communities and started building upwards around them. Buildings were so close together that sunlight rarely penetrated to the lower levels, and by the 1980s population had risen to 50,000 people making it one of – if not the – most densely populated places on earth. Hong Kong essayist and cultural writer, Leung Ping-kwan, paints a vivid picture of daily life in his contribution to the book, City of Darkness: Life in Kowloon Walled City.

“Here, prostitutes installed themselves on one side of the street while a priest preached and handed out powdered milk to the poor on the other; social workers gave guidance while drug addicts squatted under the stairs getting high; what were children’s games centres by day became strip-show venues by night. It was a very complex place, difficult to generalise about, a place that seemed frightening but where most people continued to lead normal lives. A place just like the rest of Hong Kong.”

By the 1980s both the Chinese and British governments had grown tired of Kowloon Walled City. Its poor sanitation and reputation had become a stain on the rest of Kong Kong, and so plans were made for its demolition which finally happened in 1994. The rest, as they say, is history. Today, Kowloon Walled City Park sits in its place, with the original City now relegated to pictures and videos that were taken at the time.

It’s somewhat bizarre, perhaps, that Kowloon Walled City should now have its most striking memorial inside a video game arcade in Kawasaki, Japan, where you can play classic retro hits such as Metal Slug, Dungeons & Dragons and Space Harrier. The vending machines are even covered in fake grime. It’s unclear exactly why the warehouse has been modelled on Kowloon, but as someone who didn’t get the chance to visit the original Walled City, I’m very glad it does. Standing outside the front entrance of the arcade you are not quite sure what to expect, with signs indicating that the place is off-limits to anyone under 18.

The main door leads through to a small area bathed in red light and is reminiscent of being trapped inside Resident Evil, a game that’s huge in Japan. Then, all of a sudden, you hear the theme tune to Mario Kart, see the loading screen for Street Fighter and see a young man shuffling his feet on an arcade dancing machine. You’re brought back to reality – but what a strange reality it is.