The actor talks to Nick Chen about his new role in Aftersun – a story of fatherhood, divorce, and the ‘twisted pain’ of emotional repression 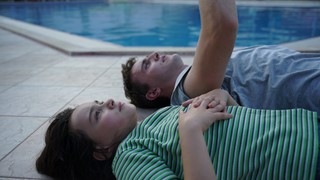 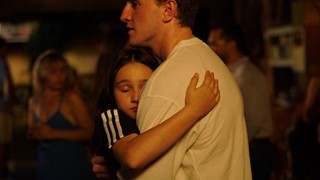 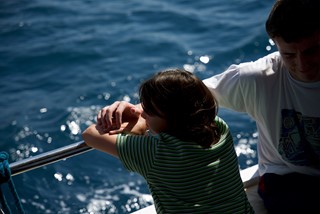 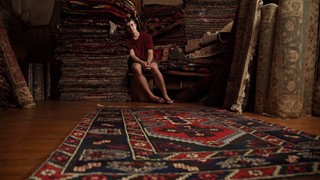 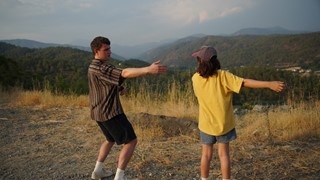 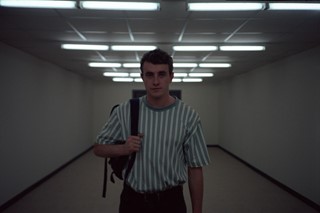 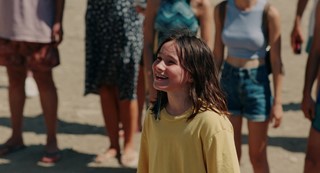 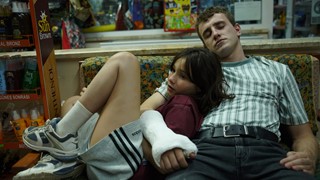 When Normal People launched in April 2020, Paul Mescal was a tall, looming presence on a small screen. Mescal’s character, Connell, described in Sally Rooney’s novel as “almost unendurably alienated from his own body”, was fleshed out across 12 episodes through physical gestures: in episode one, Connell’s a jock scoring the winning goal on a Gaelic football pitch; by the final chapter, he’s a novelist struggling to speak because he’s overwhelmed with emotion.

In Aftersun, the devastating debut feature from Charlotte Wells, Mescal also conveys layers of vulnerability but in 101 hypnotic minutes. Now a tall, looming presence on a cinema screen, Mescal plays Calum, a 30-year-old father on holiday in Istanbul with his 11-year-old daughter, Sophie (Frankie Corio). In a performance within a performance, Calum hides a form of depression amidst a sunny tourist hotspot. With Sophie, who usually lives with her mother, Calum smiles through the pain; in her absence, he sobs uncontrollably. Although Calum is twice Sophie’s size, strangers at the resort mistakenly believe they’re siblings.

“I developed Calum’s body language with simple tricks,” Mescal recalls to Dazed in October. “I stopped exercising. I took energy out of my body from where I get it.” Internally, the 26-year-old actor would practice a “24-hour mull-over”, in which he’d dip in and out of Calum during everyday chores. “Sometimes it’s going inside-out, and establishing a psychology for him. That organically changes the way he moves.”

Born in Ireland, Mescal was a theatre performer who gained overnight fame with his first TV gig, Normal People. Aftersun and The Lost Daughter, then, were a result of directors who knew Mescal primarily, and probably only, as Connell. Does Mescal fear typecasting? Or does he view his ability to play, say, a sensitive rugby player as a talent to exploit, much like Jackie Chan would want to do a film involving stunts?

“A sensitive rugby player? I don’t know. There are parallels people seem to draw between Connell and Calum. But it’s not something I’m keeping to protect. Maybe it’s the way the work is perceived. But that’s the way my body is – or it’s the way I chose my body to be for those films.” I let him know that when I read magazine profiles of him, they tend to fixate on his physicality, often including lengthy descriptions of how he drinks a beverage in front of the journalist. He laughs in disbelief, then picks up a mug and laments it’s empty. “I’ll caress it for you, so you can write a paragraph.”

However, Mescal looks the part for other reasons. In the runup to Aftersun’s release, Wells published a childhood photograph of herself, aged 11, and her father, then 31, holidaying in Turkey, both resembling Mescal and Corio. As Aftersun, set in the late 90s, is essentially a flashback in the mind of adult Sophie, the audience participates in a detective game of revisiting the nuances of a week that may or may not be transcribed from Wells’ memories. When Calum inhales deeply upon being sung happy birthday by strangers, the younger Sophie is oblivious to his anguish; the older Sophie and the viewer recognise the cracks in his façade.

To the film’s credit, Calum’s mental health background isn’t spelled out or oversimplified. So when I ask Mescal about portraying the character’s depression, I’m not even sure if that’s the correct word to use. “What excited and scared me most was not having a lot of opportunities in the script to show what was going on with Calum,” Mescal says. “There’s a couple of moments towards the end when you really get an insight. But for it to land, it requires a detail in performance.”

“There’s nothing indulgent about the way Calum feels. It’s the opposite. It’s wrought, painful, twisted, and sore. I don’t think he wants to express anything – which is oftentimes what I don’t like in a performance, when you see an actor or character enjoying the feeling of pain, because it’s perceived as ‘good acting’.” So he’s not a technical actor who’s consciously thinking about how to arrange himself for the camera? “I don’t know if I have the control over my facial muscles to make that look authentic!” He laughs. “My life would be easier if I could manipulate my face to trick an audience into making it look like I feel sad.”

Soundtrack-wise, Aftersun is brilliant and brilliantly terrible – you will learn that “Tubthumping” and “Macarena” are almost identical in terms of structure and melody. In the climactic scene, Calum and Sophie dance to “Under Pressure”, making it one of four recent films – the others are Bardo, She Said, and Moonage Daydream – to use David Bowie’s posthumous voice for a haunting effect. Tellingly, for his audition, Mescal was asked to smoke a cigarette while listening to Blur – he picked “Song 2”.

However, the defining needle drop is when Calum sways to a version of “Tender” that gradually slows down until Damon Albarn sounds like Barry White. “I was holding Frankie, and we’re pivoting around the room,” Mescal remembers. “The point of that scene is that it’s so caring. One of the producers was on the verge of tears.”

Before our interview ends, Mescal points out he has upcoming projects that may surprise viewers. God’s Creatures (out in the US, undated in the UK) stars Mescal as an accused rapist; Carmen is a musical; Foe is a sci-fi; Strangers is an Andrew Haigh-directed time-travel drama; and A Spy By Nature is about someone who is, presumably, a spy by nature. “In the next year-and-a-half, there will be a more colourful idea of how I want to move forward in my career,” he says. “It’s about trying to explore the many versions of masculinity that interest me.”

It could be an act, but Mescal seems grounded and genuine, even when he’s performatively caressing a coffee cup for me. From April 2021 to April 2022, Mescal didn’t do a single interview, and he deleted his social media accounts. Despite dating a high-profile musician in Phoebe Bridgers, he’s maintained a relatively secret life while transforming into a household name. Is he fierce about his privacy? Or is it to protect the work? “Privacy is important,” he says. “It’s also unattainable. Not having social media isn’t what protects your privacy. In a public-facing industry, you sacrifice that to a certain extent. The main part is to protect the work. My fear is that people will get bored of seeing me if I’m on social media.”

What helps make viewers cry at the end of Aftersun is the belief that the film is autobiographical, or at least deeply personal to Wells. Does he not want that meta element as an actor? “You want blank slates,” Mescal says. “The privilege of being an actor, and not a writer like Phoebe or Charlotte, is that it’s never taken for granted what of my personal life is in the character, and what is not. It’s hidden behind the character. That’s something I’m really fucking grateful for, because nobody will ever know what is accessible to my life or not.”

Aftersun is out in UK cinemas on November 18