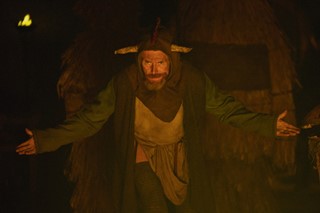 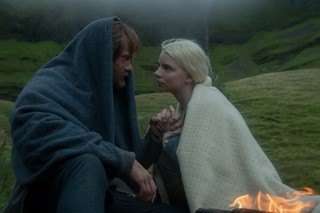 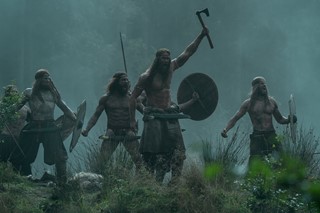 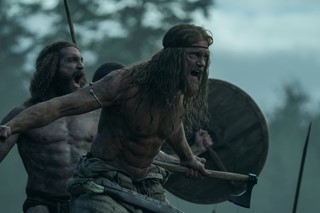 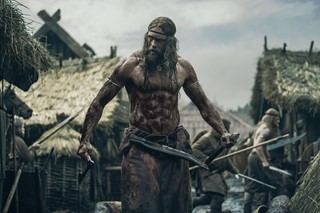 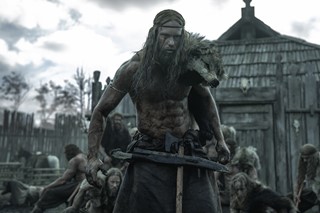 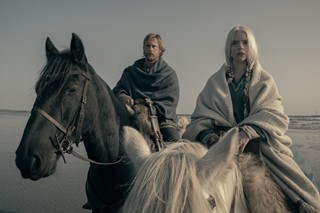 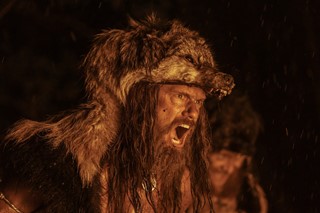 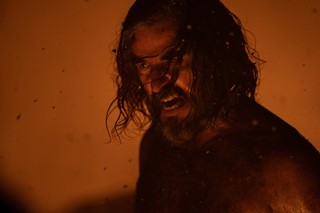 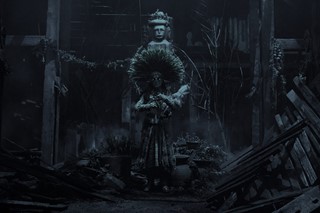 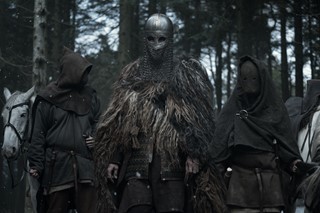 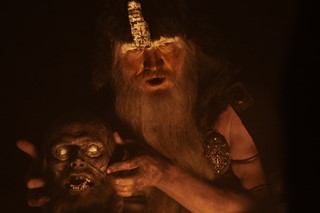 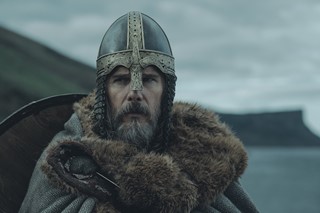 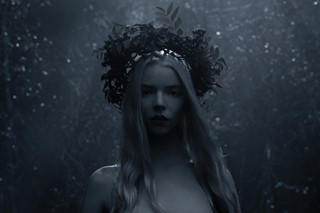 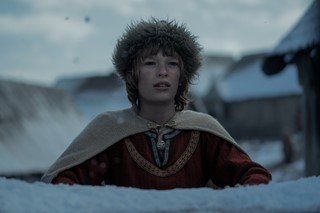 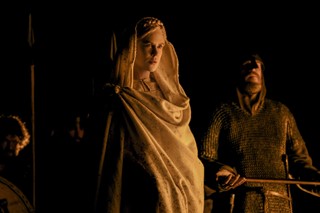 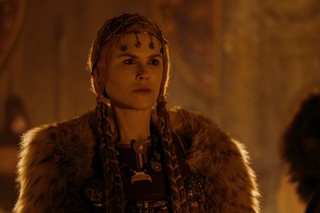 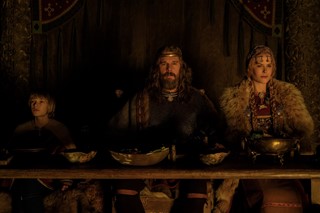 The Northman is a Viking epic full of delightful contradictions. Directed by Robert Eggers (The Witch, The Lighthouse), the 10th-century revenge-thriller is simultaneously gorgeous and gruesome; an arthouse auteur’s esoteric vision and a $90 million studio blockbuster, and a skull-crushing adventure that feels unbearably real in the moment yet like a dream after the end credits roll.

“The antitheses struck me when I first read the Icelandic sagas,” says Eggers, 38, when I meet him in the Soho Hotel in early April. “The hero can be a criminal and a psychopath, and the villain can be a good husband and father. I’m trying to present the Viking outlook without judgment.” With a laugh, he adds, “But I don’t believe in violence.”

The plot should be familiar to anyone who studied Shakespeare at school (or watched The Lion King). Cowritten by Eggers and the poet Sjón, the script borrows from the same 12th-century Saxo Grammaticus book the Bard adapted for Hamlet. As a child, Amleth witnesses his uncle, Fjölnir (Claes Bang), murder his father, King Aurvandill (Ethan Hawke). 22 years later, Amleth is a hulking, muscular warrior embodied by Alexander Skarsgård. Rather than perform a play like Hamlet does for Polonius, though, Amleth goes undercover as a Slavic slave and ups the kill count.

Such is its ambition, The Northman climaxes with naked sword fighting amidst bubbling lava. “I wasn’t interested in Vikings initially,” says Eggers. “The right-wing misappropriation made me even less interested. But I went to Iceland and the landscapes made me think, ‘What’s more elemental than a naked swordfight on top of a volcano?’”

When we meet Skarsgård’s Amleth, he’s embarking on a berserker raid in a Slavic village. Whereas Hamlet is visited by Claudius’s ghost, Amleth is instead instructed by a Seeress (Björk) to avenge his father’s death. Amleth thus sneaks onto Fjölnir’s island and partners up with Olga of the Birch Forest (Anya Taylor-Joy). “Amleth is a violent berserker after the prologue,” says Skarsgård, 45, at the same hotel. “But deep down, he’s still that abandoned boy that watched the horrific murder of his father. He hasn’t been able to connect with another human being since then.”

Eggers gave Taylor-Joy her first role on The Witch and they nearly reunited for Nosferatu. For Skarsgård, The Northman is a passion project that started in 2011 when it was announced that he’d produce and star in The Vanguard. “The intention was to make a big, epic Viking adventure that felt historically accurate,” Skarsgård explains. “It wasn’t until I met Rob five years ago that The Vanguard became The Northman.”

As his films indicate, Eggers adores period detail. The moment I refer to a scene involving hockey, Eggers immediately points out it’s a specific Viking variation called Knattleikr. “Since Wagner put helmets on horns, pop culture has done whatever it wants with Vikings,” Eggers laments. “I’m indebted to The Last Kingdom and videogames for creating a hunger for Viking content so that my film could be financed, but the public image of how a Viking dresses isn’t based on anything.”

I tell Eggers I can’t stand 300, Troy, Game of Thrones, Lord of the Rings, or anything Viking-related. Why can I despise everything that resembles The Northman but unabashedly adore The Northman? “That’s my question, too, to myself,” Eggers says. “I went to the tech check and watched the final swordfight, and I can’t believe I made something that insanely macho. But I wonder if it’s to do with the antitheses that you began this interview with. Sometimes the violence needs to be thrilling because that’s the source material and worldview of Viking culture. Also, it needs to perform like Gladiator at the box office. But I don’t want to glorify violence as a filmmaker. How do I walk that line? I don’t know.”

Working with his regular cinematographer Jarin Blaschke, Eggers shoots numerous long takes that are immersive and avoid the showboating of Birdman. When the camera doesn’t cut, Amleth’s raw rage radiates from the screen. Elsewhere, it’s to highlight the otherworldliness of Björk, whose cameo marks her first film role since singing Sjón’s lyrics in Dancer in the Dark. Without eyes, the Seeress wears a headdress made of barley.

“It’s a ninth-century prototype of a wedding crown meaning she’s married to the gods,” Eggers explains. “Björk’s persona is somewhat of a shamaness, and when she puts on that costume, she makes it work… On a movie this size, you need stars (for funding). Sometimes it’s a perfect fit like Björk or Willem Dafoe. Sometimes I’m exploiting something like Alex and Nicole Kidman’s relationship from Big Little Lies. Sometimes it’s a surprise. You see Ethan Hawke and think, ‘Damn, that’s a Viking king.’”

One compromise for a $90 million movie (for context, The Witch cost $3.5 million) is that the characters can’t speak entirely in Old Norse and Old Slavic. However, the dialogue is far odder than anything else at the multiplex. “The language adds a level of time-travel,” Taylor-Joy says. “Rob initially struggled having language that stark, because he writes in a very florid way, and I like to present lines in a lyrical way. But when you get there, you’re like, ‘No, it has to be direct, because these people could die any second of the day. There’s no time!”

On a related note, I inform Taylor-Joy that Pedro Almodóvar recently told me of his desire to cast her in a Spanish-language film. “Oh, I’m dying to work in Spanish,” Taylor-Joy enthuses. “And Pedro’s incredible. His films are out of this world.”

“I don’t speak Spanish,” Skarsgård interjects. “But I would also like to work with Pedro. Hola Pedro!”

I pick up a few hints about Eggers’ future plans. He’s writing another script with Sjón (“nothing to do with Vikings or Iceland”); his Rasputin miniseries is unlikely (“How am I supposed to get plate shots in Russia?”); and whoever Harry Styles was meant to play in Nosferatu, it wasn’t Nosferatu himself. In the meantime, there’s The Northman, which he hopes won’t attract right-wing appropriation. “If someone’s searching with a hammer, they’re going to find a nail,” Eggers says, with a sigh. “That can’t – unfortunately, sadly, and tragically – be completely avoided.”

Either way, The Northman is destined for pop culture infamy. At the start of our conversation, Taylor-Joy remarked that she’d be delighted if people end up quoting The Northman in their everyday life. So instead of saying goodbye, I announce, with a smile, “I will see you at the gates of hell, and there you will die!” Skarsgård responds, “At the gates of hell, I will be there!” (When I leave and they don’t realise I can still hear them, Taylor-Joy tells her co-star, “I love our movie.”)

Before the embargo broke, though – spoiler: The Northman might be the best-reviewed film of 2022 – Film Twitter fretted over a New Yorker profile of Eggers that revealed he didn’t get final cut. Did he see the overreaction? “I’m super-annoyed,” Eggers says. “I understand it’s hard for people under 40 to have the patience to read an entire New Yorker article, but I was honest, and it comes out the way I like it to, frankly. I knew before I gave the script to the studio that I wasn’t going to have final cut, because the budget was too big.

“And by the way, this version is the director’s cut. This is my movie, the way I wanted it. And the studio pressure made it better. It was not fun. It was the most painful experience of my life. But I needed to go through it, and they needed to push me to make the most entertaining Robert Eggers movie I could.”

The Northman opens in cinemas on April 15