Ahead of season two’s arrival on Netflix, Tyrone Rashard shares how he became a writer on Top Boy and the experiences he contributed to the series 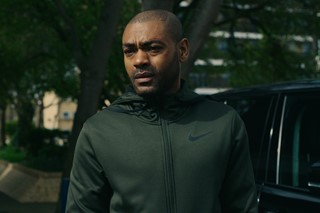 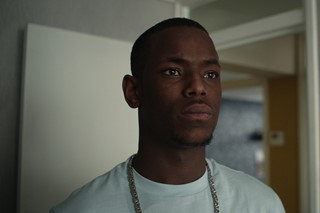 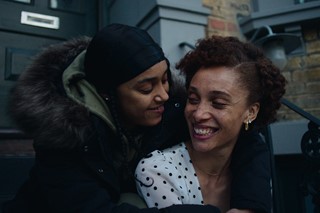 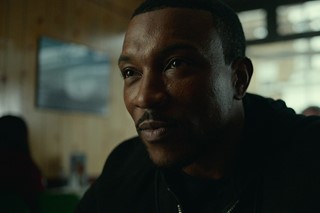 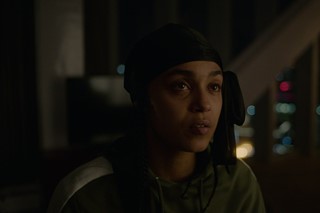 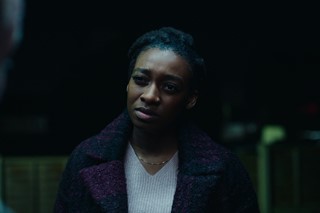 In early 2019, I received an email that began the most incredible journey of my scriptwriting career. It was from someone I’d met eight years prior, during the darkest period of my life.

The email was from Ian Katz, Channel 4’s chief content officer, who, though he doesn’t realise it, has been thoroughly instrumental in changing the trajectory of my life (and I’ll never let him forget it). In the letter, Katz introduced me to Ronan Bennett, the creator and executive producer of Top Boy, who then got straight down to business. “Hi Tyrone, pleasure to make your acquaintance,” Bennett wrote. “It’d be great to meet you for a chat. How does next week sound?” I couldn’t believe it.

“Come over to the house,” he went on. “I’m in Hackney.” I’m unsure he’ll understand how sentimental that was, because Hackney built me.

Our first meet at his beautiful home ‘in the ends’ has to go down in Hackney folklore as the stuff of legend. An inspiring, enthralling one-to-one with the man whose first series of Top Boy inspired me to be a scriptwriter eight years earlier is beyond normal; let’s not understate it. Before this epic meet was a long, arduous journey. There were many highs and abysmal lows, which ironically were littered with Top Boy similarities; stories that intrigued Ronan enough to invite me aboard his writing team. He specifically wanted assistance with “script dialogue – to ensure we’ve got the language correct”.

I jumped at the chance. This was light work to me. I’ve understood the language since my St Monica’s Hoxton primary school days, where I ran around causing just enough mischief to be hauled into the headmaster’s office for reprimands I never took seriously.

And so we began, co-writing this season’s Top Boy with Ronan and another brilliant writer, Daniel West, which I have to say was an absolute masterclass for me. Learning about story construction and plot from two geniuses proved invaluable. They, and our esteemed producers Alasdair Flind and Charles Steel, had great ideas for this series, which gave me the opportunity to add to them. We were writing about a world I thoroughly understood, having spent the majority of life growing up surrounded by it. Evidently, I had far more input to give than just “dialogue”.

When I was eight, my mum moved us to Stoke Newington and we embarked on a new life on Victoria Grove estate, directly behind Stokey police station. The correlation to Top Boy’s ‘Summerhouse Estate’ and its stories then began.

We had no strong male leader in our household and the impact of that was negative. We had little money but an incredibly strong matriarch who somehow, without compromise, always guaranteed there was food to eat, electricity to use, and books to read. Loads of books: “educate yourself” was her mantra. (There are many single mothers like this. I rate them highly.) So when we wrote the ’Amma and Ats’ storylines, they resonated.

Stokey introduced me to the Dushanes and Sullys of this world; the real-life versions of whom I’d see on a daily basis getting up to all sorts. They were my peer group. We’d share neighbouring schools and estates. They were the ‘bad boys’ other kids feared. They were cool, had swagger and confidence, some showed flashes of entrepreneurialism and intelligence. All showed a total disregard and lack of respect for authority. They had ‘street smarts’ and survival instincts you couldn’t buy. And the girls liked them. They intrigued me, considering I had no other strong, positive male role models to look at. I studied them hard. Little did I know then, those studies would have me writing on Netflix’s most anticipated crime drama series – clearly there’s a reason for everything.

However, I’m not here to glorify them. Their lifestyle, their world has very real consequences, very real jail sentences and often, very real victims. I’ve had past dealings with real-life affiliates of the London Fields and A-Road members – the gangs depicted in Top Boy – and I contributed many of my own experiences into many scenes across this series: from my days of raving in Hackney house parties where all the bad boys were present doing what bad boys do, to my various business exploits dealing with many a roadman, to the inevitable run-ins with Stokey police including their vicious stop and searches, exacerbated by the fact there wasn’t a bodycam in sight. They completely ran amok with us young Black boys during those times – you could argue they still do.

Ronan called me one evening: “Tyrone, I need a scene where the police stop Jaq, Kieron and Co whilst they’re driving in episode one.” I wrote it in minutes. Life has dealt me enough depth and life altering trauma to write these stories in abundance, so influencing some of our storylines with parallels of my own life’s stories flowed naturally. By episode four, having proved my worth, Ronan pulled me aside; “Tyrone, I want you to really study how we write and construct these scripts because I’m going to ask you to write episode seven”.

I was ecstatic. Finally, I got the nod. After ten years of being an unknown scriptwriter to now being deemed competent enough to be entrusted with the keys to this huge cultural hit was an unbelievable honour. He gave me the freedom to go nuts on episode seven, so nuts I went.

We and our brilliant production team downloaded our all into this series, which is ultimately about our character’s questionable choices and misguided loyalties, inevitably proving detrimental for them. Many of today’s ‘youngers’ could do well by taking note. Not least because it depicts very real-life issues blighting our inner-city communities today.

The actors were phenomenal. Watching them say our words and act our scenes in the thoroughly professional manner they do was utterly thrilling.

A real-life Stokey boy collaborating to write about true-to-life Top Boys. Not bad for a Hackney man alie?!