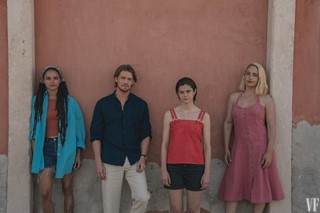 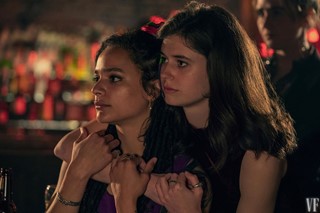 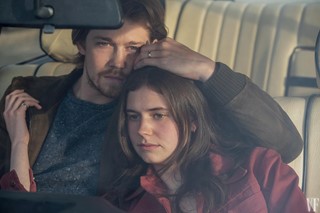 When the TV adaptation of Sally Rooney’s Normal People premiered mid-lockdown in 2020, it seemed everyone was instantly obsessed – or outraged – by the show’s frank and captivating sex scenes, partly thanks to the UK-based intimacy coordinator Ita O’Brien. Thankfully, director Lenny Abrahamson has brought O’Brien back for his upcoming adaptation of Rooney’s debut novel, Conversations With Friends, and it shows.

Yesterday (February 8) marked the arrival of not just one, but two long-awaited trailers for Conversations With Friends, courtesy of Hulu and BBC Three. And yes, we can expect even more longing stares, intimate affairs, and NSFW encounters this time around.

The 12-episode series revolves around Frances – a 21-year-old English student in Dublin – and her ambiguous relationship with her best friend and ex-girlfriend, Bobbi, as they both get tangled up in the relationship of an older married couple, Melissa and Nick.

Speaking about returning to direct his second Sally Rooney adaptation in an interview with Vanity Fair earlier this month, Abrahamson notes the new show’s inevitable connection to Normal People. “What we’ve ended up with is something that has a kind of aesthetic family resemblance to the other series,” he says. “But is definitely its own thing.”

Conversations With Friends premieres this May, launching on Hulu in the US and BBC Three in the UK. Watch both new trailers below.