“I felt in my heart that we were portraying them in an honest, empathetic way that leaves the viewer feeling culpable, and was a strong commentary on how complicit we are in all of this,” Craig Gillespie tells Dazed 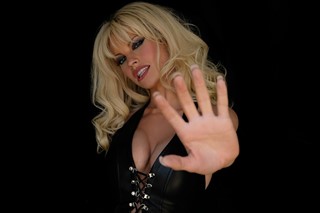 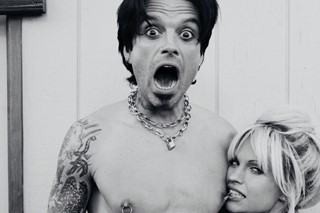 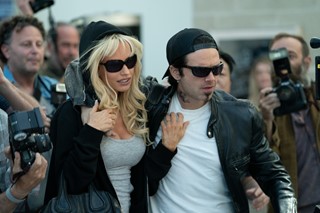 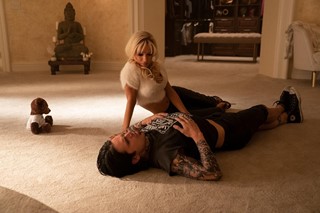 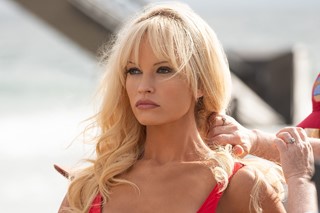 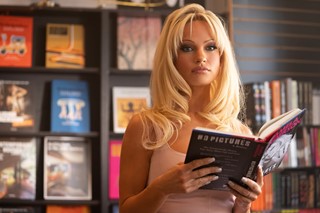 The first sex tape to go viral was stolen by a burglar disguised as a dog. In 1995, Rand Gauthier, an electrician, was supposed to renovate the house belonging to rock star Tommy Lee and Baywatch megastar Pamela Anderson. Except Lee sacked Gauthier without compensation, even pointing a gun at the handyman. So, one night, Gauthier draped himself with a white rug (to be fair, Lee’s pet canine is very rugged), broke into their home, and snatched the couple’s safe. Inside was guns, jewellery, and something more valuable: a VHS cassette, 54 minutes of which were personal. But eight of those minutes were really personal.

In Pam & Tommy, an eight-part miniseries, an all-star cast dissect how those eight minutes of sex broke the internet – in its dial-up infancy, of course. Depicted with unnerving accuracy by Lily James and Sebastian Stan, Anderson and Lee were household names when the tape was released: the two A-listers, already tabloid regulars, had just married each other, four days after their first meeting. In an era before social media and online aggregators, Lee and Anderson believed they could prevent the leak. It makes sense when you think about it. How could it possibly be legal? Then Gauthier launched a website with a promise: he would mail out copies in return for cash. While Lee’s rock ‘n’ roll credibility was bolstered, Anderson was slut-shamed by late-night talk shows.

Dina Amer, the filmmaker who turned down a multimillion dollar studio deal

“This was the first time the internet really went viral,” Craig Gillespie, the director of the first three episodes, tells me over Zoom. “It was everybody learning about what the destructive power of the internet was.” Gillespie, 54, is the Australian-American filmmaker behind Lars and the Real Girl and I, Tonya, another postmodern biopic about scandalised celebrities. “It’s similar to I, Tonya where you come in thinking you know the story, and it’s very different from what you expected. We bring our own judgement to it. We’re complicit. It’s the role that the media and we as a society play in destroying these lives.”

Like the Margot Robbie drama, Pam & Tommy introduces multiple perspectives. Despite the show’s title, the first episode – and most of the third one, too –  actually follows Gauthier as the undoubted protagonist. Gauthier, played by Seth Rogen, a producer on the series, is how we initially perceive the couple (Anderson has about two lines of dialogue in the first 50 minutes), and the Mötley Crüe drummer’s antics are met with Rogen’s Tim-from-The-Office-style reaction shots.

“When I got the scripts, I was fascinated that the first episode is basically about Rand,” Gillespie says. “We see small moments with Pam and Tommy. Then it flips. It’s not even linear at this point. The second episode is just: how did they meet? We learn about their relationship, and get invested in them.” Gillespie, aware that I’ve only seen the first three episodes, keenly adds, “As it progresses, it becomes very much Pamela’s story.”

In 2020, Gillespie took over directorial duties from James Franco (let’s not imagine how that would’ve turned out) and inherited Lily James and Rogen as co-leads. Both play against type, especially James, a usually prim-and-proper performer known for Mamma Mia! and Downton Abbey. As Anderson, she’s fun and electric, imbuing a recognisable pop icon with warmth and, in episode three, some impromptu, out-of-key musicality – not ABBA, but it’s still infectious.

Stan, though, was Gillespie’s idea, after collaborating on I, Tonya. Like James, Stan does a total transformation. “The tricky thing about portraying real people that are prominent in our culture is, there’s going to be a lot of judgement because people are very familiar with the actual people,” Gillespie says. “So it’s trying to embody the spirit of it without trying to do an impersonation. That’s always the dance, to let the audience see enough of who we’re portraying, so they understand and can buy into it.”

However, the audience sees a little more than expected when Lee converses sincerely with his dick. For the heart-to-heart (or heart-to-penis) interrogation, Lee’s member is an animatronic puppet voiced by Jason Mantzoukas. The idea came from Lee’s memoir. “You’re trying to walk that line between having humour with the scene and realising that this is something that came from Tommy’s journal,” Gillespie explains. “How do we portray that in a way that has some emotional weight to it, while acknowledging the absurdity of the situation? There was a variational performance.”

Soundtrack-wise, Gillespie sticks to the 90s, inserting Fatboy Slim’s “Praise You” and Nine Inch Nails’ “Closer” into the first episode. He isn’t shy about needle drops – he directed last year’s Cruella. As I may never have this chance again, I ask Gillespie why he rejected Sufjan Stevens’ proposed music for I, Tonya. In 2017, Stevens publicly shared two versions of an original song, “Tonya Harding”, claiming they were turned down by the production team.

“I love the song,” Gillespie says. “It absolutely moved me to hear the song. We tried to find a place for it, but the film was so firmly entrenched in that 80s rock world that it just didn’t fit the texture. We kept trying to find a place for it. In some ways, I regret that we didn’t.” Couldn’t he have just stuck it in the end credits? “That’s where I think we should have, yeah. That was the regret. For the end credits, we have Tonya skating to the actual song that she skated to, and so it was like: what do we do?”

Whereas Harding publicly supported I, Tonya, it seems unlikely that Anderson will be live-tweeting Pam & Tommy. Not positively, anyway. While Stan spoke privately with Lee, James couldn’t get a response from Anderson. The Baywatch actor also turned down requests to assist with Pam & Tommy, which was adapted from a Rolling Stone article that used Gauthier as its main interviewee. In a since-deleted Facebook post, Courtney Love wrote that the tape “destroyed my friend Pamela’s life” and “shame on Lily James whoever the fuck she is”.

“Rob Siegel (and the other writers) have written such an empathetic storyline,” Gillespie says in response. “I felt in my heart that we were portraying them in an honest, empathetic way that leaves the viewer feeling culpable, and was a strong commentary on how complicit we are in all of this, particularly through the lens of today. I feel there’s a really strong story that she’ll like.” Won’t Anderson be bewildered, if she tunes in, that the first episode is about Gauthier? “But that’s what I like about it. It’s subverting expectations… Moving forward, it really becomes Pamela’s story, and the way that that sneaks up on you is a great journey for the audience.”