The Japanese auteur’s latest film is a feminist retelling of Beauty and the Beast, adapted for an Extremely Online generation 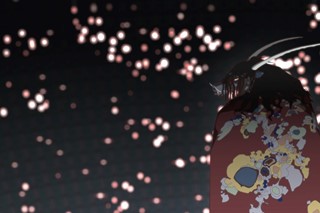 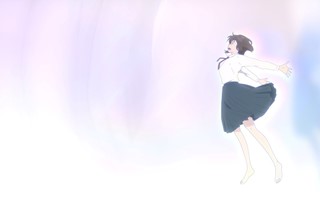 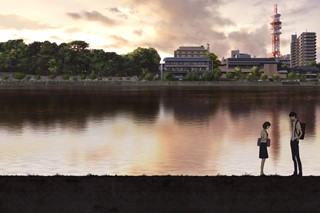 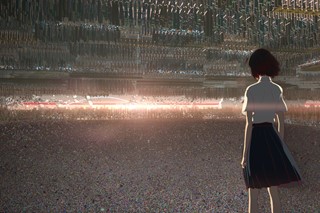 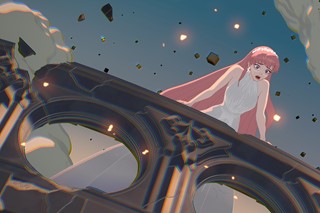 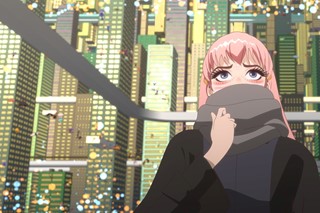 Less than a month before Mark Zuckerberg announced his plans to build a metaverse, Mamoru Hosoda debuted his film Belle, a spellbinding animation set in the virtual universe of U, at the London Film Festival. Anyone familiar with the Japanese filmmaker will know that his work has long honed in on the transformative potential of digital worlds – roughly in ten-year intervals – ever since he directed Digimon Adventure 22 years ago. His 2009 film Summer Wars, about a computer network kingdom called OZ, predicted the rise of social media long before platforms like Instagram and WeChat became regular fixtures in our everyday lives. With Belle, Hosoda takes this one step further, imagining an expansive world where AI fuses the biometric data of its host to manifest their innermost qualities.

“The things that we think of as new technology one minute are, the next minute, completely normal,” Hosoda tells me via a translator. We’re sitting in the penthouse suite of the Mayfair Hotel ahead of the film’s premiere at the London Film Festival. Despite his reputation as one of anime’s most prolific filmmakers, Hosoda is so warm and eager to speak that, I’m told, he’s overrun on every interview of the day so far. “I made Digimon at a time when having a smartphone was super futuristic, but now that’s our everyday life,” he adds. “People are really flexible. Even something that we think of as really high tech and futuristic, once we’ve experienced it, we can accept it as normal.”

Over the years, the concept of the ‘metaverse’ has become synonymous with shadowy corporations, either in the form of dystopian fiction like Snow Crash and Ready Player One, or Zuckerberg’s Very Real data-grabbing plans for Meta. But Hosoda presents a more optimistic vision of the internet. Described as the “ultimate virtual community”, U is an expansive, digital rainbow-clad megacity that falls somewhere between Times Square and Shibuya crossing, via the pixelated vistas of the IMVU metaverse. A level up from the rudimentary virtual network of Summer Wars’ Oz, U – a clever rebrand to reflect our changing attitudes towards our virtual selves – features a population of five million spritely avatars, compared to Oz’s one million. “U is an updated version of Oz,” Hosoda agrees. “It's developed in terms of the technology and the size and number of members. So, if Oz was a park, U is a whole city.” Even the internet whales that inhabit both Digimon and Summer Wars’ Oz make a return – only, this time, they’re decked out with giant stacks of subwoofers.

“I hope the film shows that the internet is really not all bad, but an extension of humanity,” says Hosoda. Throughout the film, the URL is inextricably linked to the IRL. The protagonist Suzu (voiced by Kaho Nakamura) is a glassy-eyed schoolgirl who’s lost the ability to sing after the death of her mother some years ago. In U, however, Suzu is able to find her voice, both literally and figuratively. She is transformed from an anxious schoolgirl into a virtual megastar, whose heartfelt songs capture the hearts of those within the metaverse – and, in particular, a shadowy figure that other avatars refer to simply as the Beast.

“I think technology is wonderful at showing us things about people. It’s only through technology that we get to see this other part of Suzu, Belle, that she hasn’t even been able to see until that point,” Hosoda explains. But there’s negative sides to being Extremely Online, too – and Hosoda doesn’t shy away from difficult topics such as trolling and the pressures of being constantly switched-on. Shortly after Belle goes viral, the hashtag #Bellephenoma starts trending online. Gossip sites and vloggers report on the hottest U gossip, evoking the constant stream of celebrity gossip channels on YouTube, while messaging board exchanges play out like Twitter Hot Takes. When Suku holds hands with a boy, gossip accelerates across classroom-wide SMS chats.

Inspired by the original story of Beauty and the Beast, Hosoda worked alongside the legendary Disney animator Jin Kim. The film loosely follows the original storyline, but is given a 2022 update. Belle follows the Beast, a bruised and reclusive creature, into his castle – which is littered with digitally rendered roses, while the anthropomorphic crockery is swapped for five luminous AI sea creatures that function as Belle’s in-platform guardians. The villainous Gaston is given a corporate American makeover as Justin, the self-proclaimed defender of the metaverse. Backed, amusingly, by a wall of corps and sponsors, Justin and his crew of Machevallian Furries enforce order on the population of U, threatening any users that don’t tow the line with the threat of unmasking the real identities.

“I think Beauty and the Beast is a good way to show these changing values because the original story was written in 18th century France by the affluent Lady Bowman,” he says. “And the Beauty and the Beast is seen within this patriarchal power structure. Even though it was written by a woman, it’s still a man’s idea of beauty.” Transposing the age-old story into a modern context, Hosoda explains, allows us to interrogate what beauty means to us today. “What I’ve tried to show is beauty and strength. Belle is a strong character and she helps Suzu, who is the same person, to grow stronger. So, Suzu is ultimately helping herself to become stronger.”

Hosoda has previously spoken out about anime’s poor treatment of its female characters, in particular how they’re often depicted as innocent heroines. He points to one prolific anime director in particular, and though he’s not named, it’s commonly believed that he’s referring to Studio Ghibli’s Hayao Miyazaki. “Our values keep changing and things that used to be OK are not OK now, especially when it comes to human rights and women’s rights. There are a lot of things that have always been a problem, they’ve always been problematic, but we’ve only just realised the things around us can be too light and we need to move with the times,” he says. “I don’t really like these sorts of films that seem to ignore that fact. And they seem to be made by old men with old values, who seemed to revel in a sense of nostalgia.”

Hosoda doesn’t shy away from depicting Suzu as a complex and flawed character, with traumas that the audience can’t help but relate to. Without revealing any spoilers, the closing sequences are a tear-jerking testament to the power of our inner child. By exploring the platonic yet tender dynamics between Belle and the Beast, Hosoda demonstrates that pain, when channelled properly, can become our greatest strength.

Belle is out in cinemas February 3