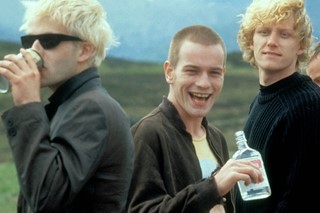 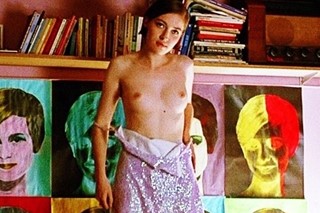 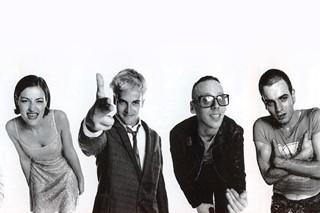 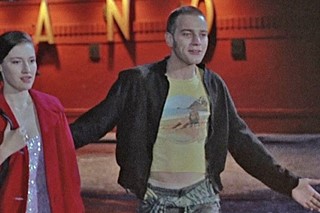 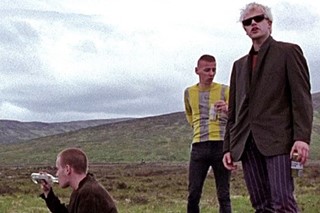 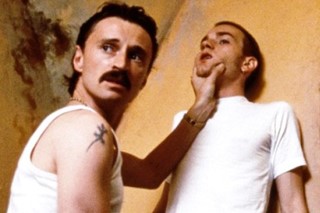 Earlier this year, Robert Carlyle revealed that a TV series adaptation of Irvine Welsh’s 2016 novel The Blade Artist is in the works, continuing the story of his psychopathic Trainspotting character, Begbie (who returned in the film’s long-awaited follow-up, T2: Trainspotting, in 2017).

Now, Carlyle has shared more details on the upcoming project, which was previously said to include the author himself (though director Danny Boyle has distanced himself in the past). In a December 5 interview with Sky News, the actor says that the spin-off series is still “a way off at the moment”, estimating that it could arrive “18 months or so maybe down the line”.

“He has discovered art while he’s in prison, his form of art is sculpture. And he ends up marrying his art therapist from the prison, which I guess, you know, that’s a kind of well-worn path that happens a lot. I’ve investigated and studied that, that happens.”

Following prison, Begbie has ended up in California, Carlyle adds. “He’s in California with a wife, children. His artwork has been taken by the kind of glitterati of the day. He’s a kind of cause celebre suddenly.”

While that scene might sound more glamorous than the gritty Edinburgh of Trainspotting, Begbie is quickly dragged back into his violent former life: “Very quickly, within 10 pages of the book, he gets a phone call from back home and his son has been murdered by a gang. So he has to go back, and as he goes back, it just spirals out of control.”

As well as the upcoming adaptation of The Blade Artist, Irvine Welsh recently confirmed that he’s working on a stage musical version of Trainspotting, with ambitions for a West End debut. “We’re looking at doing it about a year from now at the earliest,” the writer said of the production last month.

In the meantime, revisit Dazed’s 2017 interview with Danny Boyle and the original Trainspotting cast here.