From TV witches like Morticia Addams and Bewitched’s Samantha Stevens, to Minnie Castevet in Rosemary’s Baby, fictional witches were both revered and reviled – a reflection of the era’s regressive politics 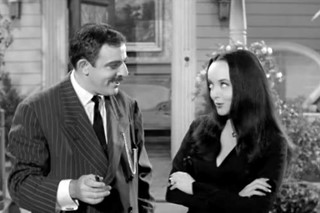 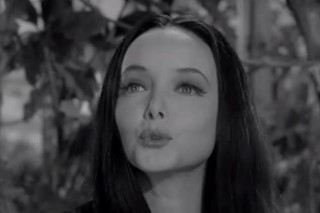 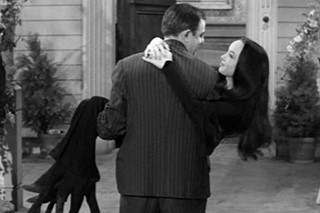 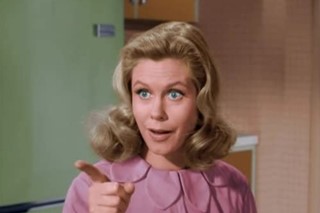 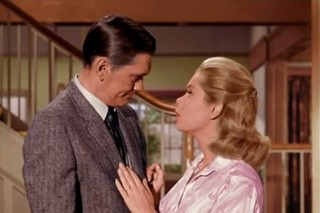 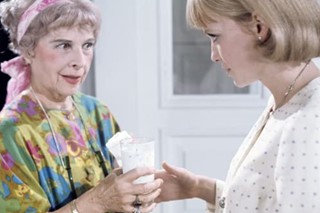 ​​Witches have long captivated the imagination, from the Salem witch trials of the 1600s to 20th century Wiccan rituals, right up to 2016’s The Love Witch, Anna Biller’s retro riff on 1960s ‘witchploitation’ films. Throughout this legacy, witches have fallen victim to stereotyping and the patriarchal attitudes of the time. No era in the last 100 years is more guilty of this than the 1960s. The decade was studded with cults, communal living, a witchcraft revival, and burgeoning feminist movement – all of which provided fertile ground for alternative theologies and led to witches being simultaneously revered and reviled.

In 1951, a long-time ban on practising witchcraft was lifted and a slew of films and documentaries delving into magical practices sprang up to satisfy audience’s curiosities. Though the witchcraft revival would reach its zenith in the 1970s, by the early 1960s, the movement had hit the mainstream. Two TV witches dominated this era – Morticia Addams of The Addams Family and Samantha Stevens from Bewitched – one, a stereotypical suburban housewife (at least outwardly), the other, the fantasy version of an otherworldly being.

Both performed patriarchal ideals. Addams played a stereotypical yet sanitised femme fatale, while her child-like face provided a sense of purity needed for daytime TV. Though the show was characterised by the family’s eccentricity, traditional gender roles were honoured. Housewife cliches were simply flipped on their head: instead of fixing Gomez a sandwich she makes him eye of newt, and tending to the garden meant petting Venus flytraps. She cut a sexy-spooky figure in a raven-black dress which, despite flaring into a tentacle-like hem, accentuated the prominent hourglass silhouette of the time.

Subservience was also an undercurrent in Bewitched, a show ostensibly about a witch trying to blend into suburbia much to the chagrin of her menacing (and much more interesting) mother, Endora. Though the show attracted a young audience and gradually reflected the era’s changing attitudes, watching today, you can’t help but wonder when Samantha – who could’ve enjoyed all earthly (and non-earthy) desires at the wrinkle of her nose – quipped: “All I want is the normal life of a normal housewife” if she wasn’t a balm for male fears of the time as women sought escape from the domestic drudgery of the 50s. As the decade wore on, the show moved with the times and away from its central premise, revolving instead around the mischief caused by three female leads – Samantha, Endora, and Sam’s daughter, Tabitha – as well as occasional appearances by Sam’s hippie cousin Serena, also played by Elizabeth Montgomery. The hippie movement continued to dovetail with the witchcraft revival and in turn, pop culture, as a return to rural communal living nestled nicely with nature-oriented Wicca and Paganism.

“The hippie movement continued to dovetail with the witchcraft revival and in turn, pop culture, as a return to rural communal living nestled nicely with nature-oriented Wicca and Paganism”

LSD was first synthesised in 1961 and by mid-era, flocks of hippies were congregating in coastal California seeking spiritual awakenings. Disenfranchised with conventional Judeo-Christianity, they sought alternative theologies that reflected contemporary attitudes and a sense of spirituality and connectedness. The Pagan revival was just one of countless movements that filled the void left vacant by mainstream religion. While the counter-culture undeniably propelled the witchcraft revival, as occult filmmaker Gary Parsons explained in an interview with Hero, “When you go through tough times – societal or personal – witchcraft offers a sense of safety to people”.

From this vantage point, it’s not hard to see why the space age would ignite a desire to ground down – literally – and seek solace in nature. Similarly, the misogynistic attitudes of the time became a catalyst for second-wave feminism and splinter sects like W.I.T.C.H., the Women’s International Terrorist Conspiracy from Hell or sometimes, Women Interested in Toppling Commercial Holidays. Spurred by the era’s sexism, the women’s liberation revival, and a desire to reclaim the word ‘witch’ after centuries of female punishment, the group deployed theatrical techniques – such as hexing Wall Street – to promote their cause.

As the Summer of Love glistened on the horizon, these alternative groups created a groundswell and catapulted leaders into the mainstream. Famous Wicca practitioner Alex Sanders stared out from Rolling Stone magazine and in 1966, TIME famously asked: “Is God Dead?” Ira Levin would attempt to answer that question in Rosemary’s Baby (later, in Roman Polanski’s true-to-the-book adaptation, Rosemary would thumb the issue while sat in the Dr’s waiting room). The book swirls with occult iconography and draws heavily from the Church of Satan which was founded that year. Like the Church of Satan, the Marcato coven marked 1966 as Year One in the Age of Satan and the storyline opens with Roman and Minnie Castevet convincing new neighbour Guy Woodhouse to sell his wife like chattel to be raped and impregnated by the devil so she can bear his offspring.

Minnie Castevet is an intriguing character. She’s childless – a fact that’s reinforced throughout the film and presents itself as taboo – and though undeniably grotesque in her appearance, brusque manner, and brassy drawl, she isn’t the archetype Satanist. This is what makes her so terrifying – though clearly an oddity, she isn’t what audiences had been told to look out for, instead, she played into the ‘neighbour next door’ paranoia of the time. This didn’t mean she was immune to the other stereotypes. Roman might be the son of a renowned satanist but it’s Minnie who project-manages the whole grisly operation.

Though we know her to be the brains behind their evil doings, on-screen, her role exists largely in the domestic space. She delivers poisoned drinks and desserts, hosts, and keeps tabs on Rosemary, whose life increasingly exists within the confines of the Bramford. She lives in servitude to her husband and the devil. When Rosemary drops the knife in the closing scene, it’s Minnie who retrieves it. Yes, she’s removing our protagonist’s weapon but when she wipes the marked floorboards with her thumb, she shows us she’s also keeping home. It’s a knee-jerk reaction that betrays her evil demeanour, at that moment she’s just another mid-century host, it doesn’t matter that her partygoers are witches and the guest of honour, the spawn of satan.

A female witch playing second fiddle to a male antichrist is an enduring trope in horror. In Mario Bava’s Black Sunday (1960), the film is pitched to centre around the witch Asa Vajda, her face stares out from the movie poster and the film opens with Asa having “the mask of satan” nailed to her face so even in the afterlife she is marked by the devil. Fast forward two centuries and Asa has risen from the dead to steal the body of her doppelganger descendent (also played by Barbara Steele). Reduced to its sum parts, the story can be seen as a desperate bid for eternal youth and beauty. Despite Asa being at the heart of the story, she’s largely absent from view. While male characters are allowed to rise from the grave and wear their disfigurement openly, Asa is only properly shown once she’s assumed the palatable appearance of Katia.

Youth and beauty signifying virtue are classic Hollywood cliches. In The City of the Dead, also 1960, Patricia Jessel’s Elizabeth Selwyn – another witch who’s trialled and tortured in the first scene only to return to the same town centuries later – is the antithesis of our naive, young heroine. Cheap tricks show viewers which woman to root for, the preppy all-American blonde versus the older brunette with an unidentifiable twang. In fact, all the witches in the film are older and dark-haired, their naked bodies designed to ignite revulsion instead of titillation, as if the only option was one or the other.

Occultist movements employed the same tricks and stereotypes and often used women to lure the media and new followers. Anton LaVey, the founder of the San Franciso Church of Satan, was a consummate showman who used vaudeville tactics and canny branding – as well as naked young women – to propel his movement into the limelight. In many ways, he was more of an occult influencer rather than a religious practitioner. LaVey specialised in a gimmicky form of theatrical diabolism that lifted heavily from pop culture and in turn, influenced it. He claimed to have played the devil that rapes Rosemary and appeared in Kenneth Anger’s Invocation of My Demon Brother (1969) alongside Manson Family member Bobby Beausoleil. LaVey and his family also presented themselves as the real-life Addams Family, going as far as to appear on a 1965 episode of The Brother Buzz Show as a modern-day occult clan complete with a pet lion.

There are endless instances of the occult crossing over with pop culture and mainstream media – it’s what’s enraptured conspiracy theorists for decades – but perhaps the era’s greatest contribution to witchcraft has been brandishing the imagery and iconography of witches into the public consciousness. It endures to this day, warts and all.