Nick Bourne and his brother Alex, who has Down’s syndrome, are the subject of a road trip doc exploring the joy of brotherhood as well as uncomfortable issues around disability 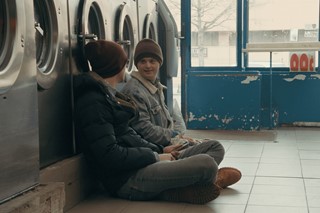 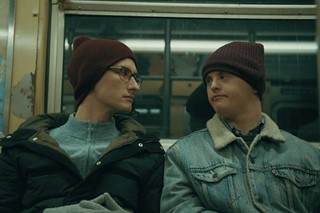 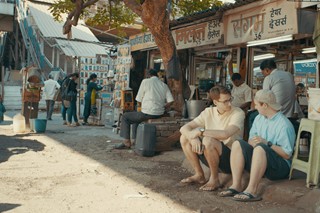 Clinking beers at the start of a holiday, singing in silly voices at each other, climbing on rocks at the beach: the relationship that Handsome depicts is your typical brotherly bond in many ways. The documentary focuses on brothers Nick, 28, and Alex Bourne, 25, as they travel from Cornwall to New York, India, and Vietnam, in search of other siblings like them, where one has Down’s syndrome.

The idea for the film came after Nick realised he hadn’t seen many authentic depictions of Down’s syndrome relationships. “For a long period of time, I couldn’t watch something on TV where I or my brother could be like, ‘that’s us, that’s our friendship, that’s our story’,” Nick tells Dazed over Zoom. “I remember watching these videos about Down’s syndrome and everything was wonderful and everything is great – which it is, and there are amazing things about Alex, but it just wasn’t real. I was thinking, ‘This isn’t right’.”

Handsome is starkly real in parts. One of the first scenes shows Nick washing his brother’s intimate areas in the bath. Another moment reveals Alex not making it to a toilet in time and, while there’s a discussion to be had about the ethics of including shots like these, they do provide an honest account of caring for someone with a disability. “We were really determined that we would show the difficult side as well,” explains director Luke White, who produced the film alongside his twin brother and cinematographer Ed. “There is the debate of, you know, ‘Should we show this?’ but I think it’d be far worse if we didn't show it, because these are real events, we're not scripting or staging anything.”

In preparation for filming, Luke and Ed came to live with Nick and Alex to get comfortable with each other, and also for Alex to get used to the cameras rolling. “I said whatever you want to do, you can film it, you know, there’s no barriers here, which I think is important,” says Nick. Alex, he says, was the happiest crew member on set, though: “through the heat, across the beaches in India and in Vietnam, we were all so thirsty, but remarkably Alex is the one that would cope with it fine. We’d all be dying of thirst and he’s like, ‘Yeah it’s cool’, there were no complaints ever!”

The film unfurls organically as the brothers explore each continent and meet people with staggeringly different attitudes to disability. In the UK, one woman doesn’t feel comfortable using the “D” word around her brother, who has Down’s syndrome. In Mumbai we meet brothers Krish and Sachit, whose father talks about how he must have good karma to have such great children. While in Hanoi, Nick and Alex come across a scammer who claims to be able to ‘heal’ Down’s syndrome – for $100. “We didn't want to do (exclusively) Asian locations, thinking maybe it's not diverse enough. But that’s the way it led us,” explains Luke. “And one of the key things that I think was positive out of that is the cultural difference that was there, with India looking at Down’s syndrome as being a real religious blessing, whereas Vietnam viewed it as a curse. That was quite unexpected for us.”

The film doesn’t shy away from topics that are tough or uncomfortable: Nick candidly discusses feeling ashamed of Alex when the brothers were at school. “When you’re a teenager all you want to do is fit in, and you don’t want anyone who’s a little bit different in your family... It’s the reason I wanted to do this film, really,” Nick said on an episode of the Shifting Perspectives podcast. Another scene shows Nick demanding Alex to converse with him (speech can be hard for people with an extra chromosome), becoming visibly exasperated when he won’t speak clearly, and it’s a difficult watch.

“Many of my own feelings of frustration came from never truly understanding my brother – his hopes, his dreams,” Nick admits. “For a couple of years prior to my work now, I taught drama at a day centre for young adults with special needs. I had the privilege of working with many wonderful people with Down’s syndrome and in many of our drama sessions we’d work on social interaction, speech, language, and confidence. I found that each individual was so different to the next, and the condition affected them in a range of different ways.”

Historically there have been problematic depictions of disability in television and film, whether that’s getting non-disabled actors to play them, or painting them as ‘inspirational’ – as happened recently with Love Island. Films like 2019’s The Peanut Butter Falcon (which also has a road trip narrative arc) show a sentimental account of Down’s syndrome, where an individual ‘overcomes’ their disability and is seen as a ‘superhero’. People with Down’s syndrome currently front Gucci campaigns, tour the world doing drag, and perform boundary-breaking choreography, and ‘feelgood’ portrayals of triumphing over ‘tragedy’ minimise these people’s individuality, no matter how well-intentioned they are.

Disabled people are also often not presented as sexual beings – as ‘innocent’ individuals who are incapable of having sex or of expressing attraction or desire. In New York, the brothers look at images of Jennifer Lawrence and Little Mix on an iPad. “Why do you have (these) pictures of girls?” Nick asks Alex, also asking questions about body parts and reacting reassuringly when Alex talks about kissing girls. “I had for many years as a brother not wanted to broach this subject as it can be very difficult to talk about,” says Nick, “but I was curious to know how other siblings in my position were coping with some of the issues raised in the documentary.”

The film ends on a distinctly uncomfortable note, with Nick talking about wanting to step away from being so hands-on as a carer to Alex to prioritise his own life. The elder brother tells Dazed that he’d met his now-wife in between India and Vietnam – something that shifted his perspective and confirmed his need to make the change. “I was madly in love with her and wanted to get married, and knew that this was the next step for me,” he says.

While some uneasy and unresolved issues in the documentary remain, Handsome does successfully challenge the current narrative around disability. “It’s (Alex’s) baby, you know,” Nick says. “Sometimes he just texts me saying “Handsome”. He can’t wait for it to come out. When we get into deep conversations about the future and where we’re heading, he doesn’t necessarily understand, but the bits where he’s singing or having a laugh, he really enjoys. I think for him it was more the experience to go around the world with his brother, Luke and Ed. He would have exactly been the same, with or without a camera.”

Handsome has caused siblings in parallel situations to reach out to Nick: one lady who has a brother with Down’s syndrome wrote to him after the film premiered in Glasgow, saying, ‘this is what we need as siblings’. I was like, ‘oh my goodness me, no matter what happens now, that’s all that matters’”.

Handsome is out now and available via various streaming platforms