Peaky Blinders director Tim Mielants’ film debut follows a grieving handyman on a mission to find his prized hammer, unfolding in a nudist camp without sexualising the exposed flesh 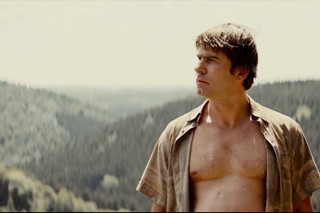 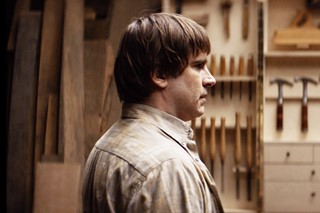 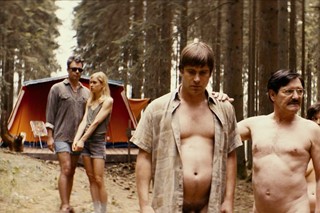 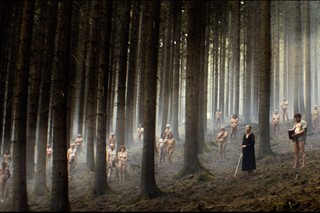 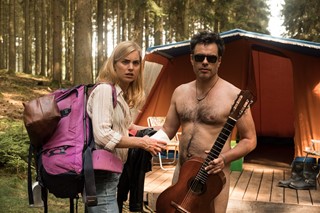 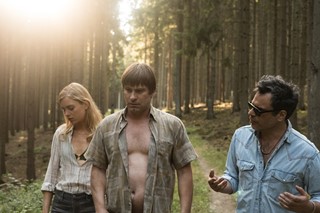 Movies of people not wearing clothes are quite common in some corners of the internet. Patrick, on the other hand, is one of the more sophisticated, idiosyncratic films to receive a “Great Nudity!” verdict on Mr Skin. The Belgian arthouse comedy, which is out on VOD during lockdown, unfolds in a nudist camp yet doesn’t sexualise the rampant flesh on display. In fact, it’s the opposite. Even though something’s often dangling in the bottom-half of the frame, it’s actually more distracting on the few occasions someone isn’t nude.

Tim Mielants, who directed and cowrote the film, prefers to call it his version of a costume drama. “The nudity works because it’s got nothing to do with sex,” he says over the phone two days before the film’s release. “I was trying to avoid extremely attractive people because I didn’t want to have a sexual component in the movie.”

Patrick (or De Patrick, as it’s known in Belgium) was inspired by Mielants’ own memories of the summer of 85 – an apparently cinematic season. The Belgian director, who was six years old at the time, was taken by his parents to a nudist camp in the Pyrenees. “The absurdism stayed with me,” he explains. “The owner of the camp was blind, and she didn’t know people were walking around naked. There were terrorists (from the separatist group ETA). It was totally bonkers.” Wait, terrorists? Mielants confirms I didn’t mishear. “But there was this handyman called Patrick…”

The Patrick of Patrick is also a handyman. Played by Kevin Janssens, Patrick is a socially awkward manchild who lives and works on a naturist colony and mostly keeps to himself – until, one day, his father dies, and the grieving caretaker embarks on an obsessive hunt for a missing hammer. It’s like the five stages of grief, except they all involve nudity and a quest for a missing DIY tool.

For the role, Janssens, who’s known in Belgium as an action hero, put on 17kg in seven weeks. It was a last-minute decision that wasn’t part of the script. But whereas Ryan Gosling was sacked from The Lovely Bones when he turned up overweight without permission, Janssens consulted Mielants ahead of time. “I’d never been chubby before,” Janssens tells me over the phone from Antwerp. “I usually do a lot of sport. But I stopped everything. I started eating shitty things. Very quickly, it was difficult to get out of bed. I was so depressed all the time. I started to walk and breathe differently.”

To speed up the transformation, Janssens read up on how Colin Farrell altered his physique for The Lobster. “Colin put Häagen-Dazs in the microwave and drunk it. It tastes gross and disgusting – but the fat builds up quickly! Then during the shoot, I had to keep the weight on and keep on eating. Not only in a physical way but in a mental way, it’s very hard. But it helped the performance. Patrick’s a very closed personality and there’s a lot of mystery to him.”

While Patrick should be classified as a comedy, it doesn’t really have any outright jokes. In the early stages, it’s slow and gentle, perhaps even dreamlike. About halfway through, the tone switches to that of a psychological thriller and Janssens displays genuine menace in his quest for a hammer – or whatever metaphor you choose to believe it stands for. One close-up of a badly injured finger had me yelping because I thought it was something else.

The reason for the genre shifts, Mielants believes, was a long writing process interrupted by TV gigs. “I always came back and looked at it in a different way,” he recalls. “So I tried to explore a combination of thriller and comedy and slapstick and horror.” Although Patrick is Mielants’ debut feature, he’s been directing high-profile shows such as Peaky Blinders and The Terror for the past decade. Right now, he’s in London, shooting a BBC pilot with Martin Freeman called The Responder.

It was while directing episodes of Legion that Mielants met Jemaine Clement of Flight of the Conchords. Although Clement is one of the few actors to not go nude in Patrick, Mielants explains that the comedian was willing to show the, uh, flight of his Conchord, and that such footage exists – those moments just didn’t fit the final edit. Which makes me wonder: was there a nudity version of an intimacy coordinator to ensure everyone felt safe on set?

“The nudity works because it’s got nothing to do with sex. I was trying to avoid extremely attractive people because I didn’t want to have a sexual component in the movie” – Tim Mielants

“It’s just trust,” Mielants says. “We had no mobile phones on set. For a long time, there was a discussion: should we all be naked? I was happy to do it. But a lot of the crew didn’t feel comfortable. And if I’m directing a western, I’m not going to wear a cowboy hat – I’m just going to wear normal clothes.”

I ask Janssens if he visited any nudist camps beforehand for an undressed rehearsal. “No, no, no,” the actor says. “On the first day, it was just like: ‘Take off your pants.’ You just go with it. We’d been preparing for so long, and we had a great crew. There was never a moment where it was weird or uncomfortable.” Did he stay nude in between sets, Daniel Day-Lewis style? “Don’t compare me to the master! No, after takes, I’d wrap a towel around me. But, like Patrick, I was alone a lot, and I stayed in character that way.”

In Sight & Sound magazine’s extremely positive review of Patrick, the critic makes an odd remark that caught me by surprise – the writer refers to Patrick as “semi-autistic” as if it’s a stone-cold fact.  “I never wanted to play it for people to think he’s autistic,” Janssens says. “The way he doesn’t show emotions or doesn’t react in a way 90 per cent of people would react, that doesn’t mean he’s autistic.”

Mielants back up this sentiment, saying, “We weren’t trying to investigate autism. It’s a parallel for grief. Some people drink or take drugs to escape from pain. Well, he’s looking for his hammer.”

So there you have it: come for a NSFW film where all that’s covering up the genitalia is the subtitles, but stay for a heartfelt tragicomedy about losing a loved one. While “Great Nudity!” is the genuine verdict from Mr Skin, the website only gives Patrick three stars as it isn’t angled for titillation – a rating that Mielants finds hilarious.

“If you want to see the movie for nudity, you’re going to be disappointed,” the director says. “I framed it like a normal movie. I didn’t make exceptions. I wasn’t looking to accentuate the nudity, and the nudity doesn’t mean anything. That’s how it was for me, and that’s the reason why it works. The nudity only works if it doesn’t mean anything.”

Patrick is available on digital platforms via Anti-Worlds from November 20 with an option to donate to your local cinema. Watch an exclusive clip above