The Japanese animation studio has dropped its final batch of films on Netflix – we explore Miyazaki’s lesser-known works, where princesses battle witches and mice partake in sumo tournaments 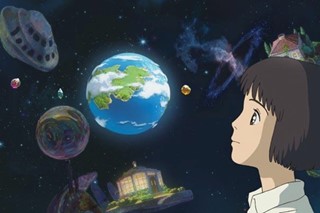 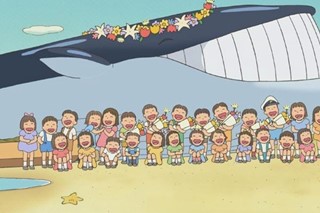 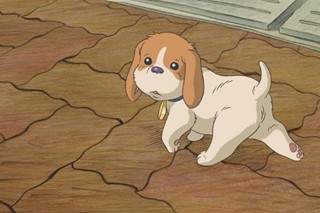 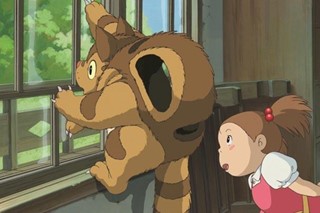 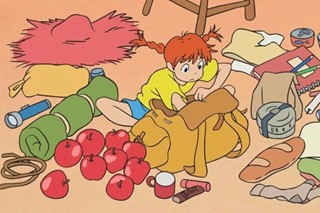 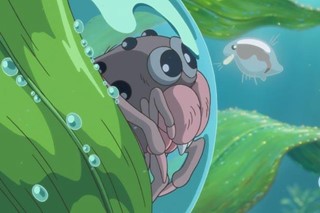 We’re a few weeks into lockdown now, which means you’ve probably exhausted your bread-baking and puzzle-playing capacities, and have entered into a fully committed relationship with your Netflix account. Thankfully, Studio Ghibli’s final batch of films has landed on Netflix, including the poetic yet sombre The Wind Rises, cutesy aquatic romp Ponyo, and the fantastical Howl’s Moving Castle. Japanese broadcaster NHK has also dropped a free, four-part documentary on Hayao Miyazaki.

But even those who are well-versed in Ghibli won’t have heard of the film’s we’re about to discuss. The Japanese animation house is known for keeping a few precious secrets, short films that can only be viewed in the studio’s famed Ghibli museum in Tokyo. Even then, there’s only a handful of films shown every day, and you’re only allowed one admission to the cinema per visit.

To make life easier, we’ve ranked our favourite Ghibli shorts to keep you occupied through these strange, isolating times. There’s a star-crossed romance between two water critters, a late-night sumo tournament held by mice, and a tense getaway from the hands of a carbs-crazy witch. Enjoy.

For all you My Neighbour Totoro fans, Mei and the Kittenbus is an adorable mini sequel to the beloved Ghibli film, and our favourite short of the bunch. Picking up two months after the events of Totoro, it follows Mei on a windy day where she comes across a wee whirlwind, which turns out to be a kittenbus – as in, a smol catbus. Together, they go on an adventure in and across the forest’s ecosystem, where they encounter an entire family of catbuses big and small, short and long – each packed with their very own totoros, who presumably use the felines as their main mode of transport. A special shoutout goes to the grandma catbus, voiced by Miyazaki himself.

Imagine a Ghiblified version of Hansel and Gretel, only Hansel is an anthropomorphic dough man and Gretel is an egg. Together, they hatch an escape from the evil clutches of the hateful witch Baba Yaga, who basically looks like Yubaba from Spirited Away, only with notably larger breasts. To a spellbinding backdrop of Joe Hisaishi’s arrangement of Vivaldi’s “La Folia”, Mr Dough and the Egg Princess is a heartwarming tale that has everything you’d expect from a Ghibli film: magical kingdoms, dark forests, witches that turn into flying creatures. Tuck in.

In this metaphysical reimagining of Jack and the Beanstalk, a boy named Nono runs away from his home city to escape the watchful eye of the Time Bureau, an organisation that punishes those who misuse their time. Arriving in the countryside, he meets a stranger who offers him a seed, which sprouts into a tiny planet that grows and grows, until Nono makes the decision to release it into the galaxy so that it can become a real planet. Set to a dreamy orchestral score peppered with spacey synthesiser sounds, The Day I Bought a Planet, is a gorgeously animated short, bursting with cosmic hues and fantastical elements.

Boro the Caterpillar is the first (and only) film directed by Miyazaki to be made entirely using CGI, not that you can tell. Taking place within the leafy microcosmos of a garden, the 14-minute short is dialogue-free – the sound effects are acapella ‘human’ noises, a technique Miyazaki previously opted for in his feature-length film The Wind Rises. It follows the journey of a newly-hatched caterpillar, Boro, as he navigates his way through this brave new world of flora, fauna, and a terrifyingly villainous wasp.

Romeo and Juliet walked so Monmon and his sweetheart could run. This tale of star-crossed lovers begins with our hero Monmon, a water spider, minding his own business – harvesting bubbles, eating water critters, and so on – until he lays eyes on a lady water strider. He’s smitten. After Monmon rescues said water strider from the gaping mouth of a local trout, the two dance a pas de deux, before embarking on a dreamy flying sequence (classic Ghibli). By the end of it, you truly find yourself rooting for the eight-legged protagonist.

Drawn using only colouring pencils, Koro’s Big Day Out is a wholesome 15-minute short that’s simply adorable. It follows small puppy Koro as he escapes the front gate of his home to embark on a big adventure around the suburbs of Tokyo, meeting some friendly faces along the way. Naturally, it ends with a cute reunion between Koro and his owner, so get the tissues ready.

Hand drawn in a simpler, cartoon-like style to other Ghibli films, and bright pastel hues, The Whale Hunt tells the story of a group of children pretending to build a boat. As imagination displaces reality, they find themselves in the middle of the blue ocean, where they’re greeted by a big, friendly whale who accompanies them back to shore.

Keen Ghiblites will be familiar with Miyazaki’s deep fascination with airplanes, which is explored further in Imaginary Flying Machines. Featuring Miyazaki himself as the narrator, in the form of an anthropomorphic pig – reminiscent of Porco from Porco Rosso – it tells the story of flight, and the many machines imagined to achieve it. Imagine the last five minutes of The Wind Rises mixed with the airborne scenes in Porco Rosso. The film was also shown as in-flight entertainment on Japan Airlines for a while, which is pretty cool.

Animated in a simpler style to other Ghibli films, Looking for a House is a whimsical short that contains almost no dialogue, only sound effects that are made using human voices. It follows a young girl Fuki as she sets out with a big rucksack and high spirits to look for (you guessed it) a new house. Along the way, she encounters various animal friends, from fish and insects to a cuddly Totoro-like creature. The sound effects are also depicted on screen as animated writing, so it kind of works as a silent movie. While it doesn’t stand out as one of Miyazaki’s greatest animations, it fits nicely with the studio’s oeuvre.