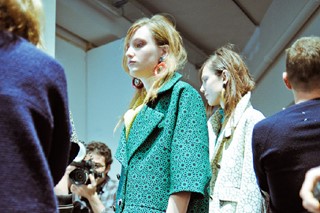 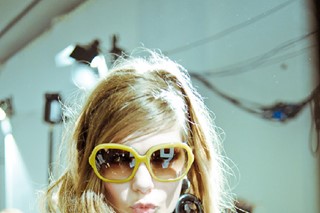 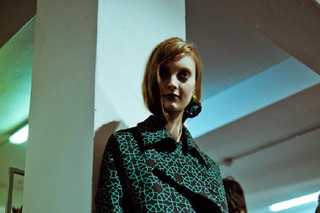 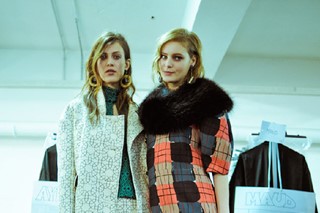 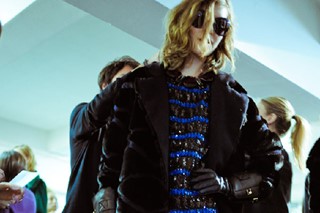 Graphic prints, big shapes and plenty of techno fabrics are just a few signatures of Marni. However, after the heavily sportswear-influenced collection for Spring Summer 11, this season felt softer and more feminine than ever before. Perhaps it’s Consuelo Castiglioni’s recent inspiration that made that happen. What was the influence then? According to the Italian designer: the famed dancer Martha Graham.

As a consequence, there was a lot of more fluidity to the clothes, which included organza knee-skimming skirts or silk dresses that wrapped like a kimono. The former were often paired with contrasting fur collars or structured cocoon-style jackets. Prints, another Marni signature, were also in abundance, but their geometrical features – circles, triangles, squares – as well as monochromatic tones made them veer towards the minimal side too. Castiglioni later decided to replicate those shapes in fur, resulting in navy patchwork coats that really stole the show.