Shot by Juergen Teller in this quirky London museum, the Missoni family and friends once again front their new campaign

4February 2011
TextAnna Battista
Missoni in the Museum of Everything4 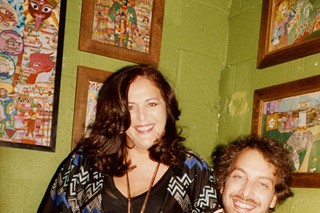 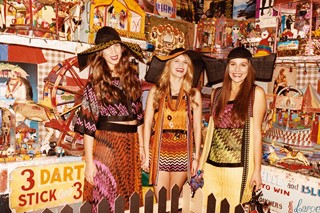 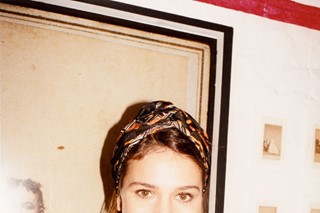 Sir Peter Blake will forever be tied to the iconic cover of The Beatles’ 'Sgt Pepper’s Lonely Hearts Club Band' album. Yet, from the Spring/Summer 2011 season, his name will also be linked to Italian fashion house Missoni. Enchanted by Blake’s work and his exhibition at James Brett’s Museum of Everything, Creative Director Angela Missoni brought her entire family and some friends to London.

Photographer Juergen Teller shot Missoni's new advertising campaign inside the Museum of Everything with a very special Art Director - Peter Blake himself! The result? There were no Chaplin, Marilyn and Bob Dylan rubbing shoulders with Marx and Brando, like in the “Lonely Hearts Club Band” album cover, but the Missoni clan (among them Ottavio, Rosita, Angela and Margherita, plus friends such as Joan Burstein and Andrea and Charlotte Dellal) are pictured having fun in a world filled with bright colours and amazing objects.

Dazed Digital: When did you first hear about the Museum of Everything?
Angela Missoni: I was in London for the Frieze Art Fair and, around the same time, they were opening The Museum of Everything, a space dedicated to the work of non-traditional artists. I went to visit it and, as soon as I got home, I told everybody I knew about it. I guess I found a sort of affinity between my tastes and aesthetics and what I saw there. I almost felt the place belonged to me and I wanted to meet the owner because he seemed to have pieces that you could have easily found at my house or at my mother’s. When the exhibition moved to Turin, I took my mother, my children and the rest of the family to see it. I thought it was extraordinary and I started dreaming of doing something with Peter Blake as I felt we had a lot in common.

DD: Is it true that you feel it was almost destiny that led you to this collaboration?
Angela Missoni: In a way yes! When I started thinking about ideas for the new adverts I kept on wondering if it was better to do a campaign with the family or with a sort of “extended family” and I was literally tormented by Peter Blake’s images for The Beatles’ “Sgt Pepper’s Lonely Hearts Club Band”. I remember discovering he had an exhibition in Venice and rushed to see it and bought one of his works, the Palazzo Ducale from “The Butterflyman” series, as I was absolutely fascinated by the hundreds of butterflies flying around this iconic Venetian building. As the time to come up with the new campaign was approaching, while leafing through an art magazine, I stumbled once again upon The Museum of Everything with Peter Blake, so I thought ‘That’s it, this is a sign of destiny!’ and decided to meet James Brett and through him track down Peter Blake.

DD: Will Juergen Teller’s photographs be showcased also in any special exhibitions in the future?
Angela Missoni: I would love it. I think it would be really fun to see them all in a different environment. Being able to collaborate with Blake and Juergen Teller wasn’t easy, but the project was very stimulating for everybody involved and I would love to be able to show people the results in a different space. At the end of the project Blake also did some wonderful collages of this amazing group of family and friends and I will keep forever this special work of art.

DD: While shooting this campaign did you ever feel like a kid in a candy shop surrounded by such amazing objects and memorabilia?
Angela Missoni: Yes, I did! It is usually forbidden to take pictures and touch anything in these spaces, but while shooting the campaign we turned the Museum of Everything into our own house. I can assure you one thing is spending in such a place two hours just to visit it and another is living inside it for an entire day!

DD: Did anything funny happen during the shoot?
Angela Missoni: We actually had a surprise guest who witnessed our shenanigans. We parked two vans outside where we could get people changed and had their make up and hair done and Margherita was coming out from one of them when she heard somebody calling her name. She turned and found Suzy Menkes who came in and decided this was going to be such a memorable day that she went back home, switched off her computer and came back to spend the day with us! She was a very special and unexpected witness to this wonderful day. It was very bizarre as the joyous atmosphere all around made us feel as if we were at somebody’s birthday. I guess we will now have to find somebody who could maybe interview Suzy about that day she spent with us!

DD: Can you tell us more about the short film connected with the shoots at the Museum of Everything?
Angela Missoni: Well, we didn’t know if we wanted to film the backstage of the campaign or do an entirely separate project that we could use in a different kind of media to reach out to more people. In the end we opted for the latter. The film was shot by visual artist, photographer and director Mel Bles (www.melbles.com) who filmed more or less all the people involved in the campaign. So this was our project seen through her own eyes and it was also the final proof that we did all sorts of things on that frenetic, funny and absolutely memorable day!

The Museum of Everything is open until 11th February 2011